This Is Why Apple Wins

As I read the recent news of Apple, once again, beating their own sales record with the iPhone 5 on opening weekend, I couldn’t help but remember my first impression of the iPhone 5 announcement. The device wasn’t as remarkable as many of us expected it to be, but it was hard to turn my head away from the fact that it was available for pre-order in two days, and it would arrive in my doorstep just ten days later. The same thing happened to most of us with Google’s launch of the Nexus 7. Neither of us had even held the device, but it was available for pre-order that same day, and shipping just two weeks later. It was just hard to resist the opportunity of having something we knew would sell-out quickly, so all of us needed to act fast.

An impulse is one of the strongest human traits we know. When faced with a specific situation, our bodies are naturally pushed to act, and it’s honestly very hard to maintain self-control if all the right buttons are pushed in our minds. Some scratch their heads trying to understand why millions of people are willing to stand in front of a line at a local Apple Store on the launch day of their hip new iPhone, and never do they even consider that it was all a smart way in which Apple was able to drive impulse.

I think that many manufacturers have completely forgotten the purpose of a product announcement. The whole idea is for any company to use the opportunity to drive awareness on their new product, and to create a new desire or need in the public it plans to sell the product to. In other words, to create the impulse they need to sell it. As Leonardo DiCaprio would say in the movie Inception, nothing is more resilient than an idea. If the presenter is persuasive enough to implant his idea in your mind, all he needs to do next is sell it to you, right?

Well, lately it seems like if Microsoft, Nokia, HTC, Motorola and others don’t get it. They invite us to their events; do a great job at showing us their hot new products, but fail at releasing the product in a timeframe that’s quick enough to retain our interest and impulse in their idea. Some of them make the unforgivable mistake of announcing their products in the spring and somehow expect you to remember it by the fall when they finally get it out of the oven. At times it seems like if these companies don’t even believe in their products enough to be prepared to ship them when they’re announced. One can easily assume that they’re just showing them off to us to see if we like them, before they start working on building them during the next three or six months.

Some of these products are great, and bold enough to stand the test of time in the minds of many. The problem is that sometimes, many can equal to just hundreds or thousands of people at times when each iPhone sells in tens of millions. All of us found it funny that once we had a solid rumor on when Apple was going to announce the iPhone 5, the press invites for Nokia and Motorola events flocked our inboxes for an event a week earlier. Surely these companies did a great job at announcing their phones before the iPhone, but who shipped first?

When consumers are faced with a hot and innovative product like the Nokia Lumia 920 being announced today with an undisclosed release date, or an iPhone 5 ready for pre-order tomorrow, what do you think will happen? Even if you and I know that there are lots of technologies that make the Lumia 920 a superior product, the average consumer that makes 80% of the market doesn’t.

This is where Apple is different, and I’ll go through a couple of the reasons why their winning streak hasn’t stopped in the past five years: 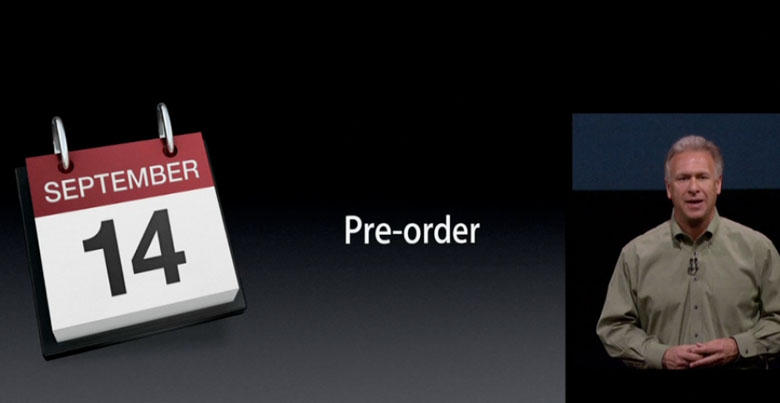 If any of you read the Steve Jobs Biography, you’ll remember that one of his ways of paraphrasing Picasso’s legendary words: “Good artists copy, great artists steal” was by also defining what great companies do. As a result, he would always say that great artists ship. They don’t just stand there and dwell on all the complexities of building a product and pushing it to market, but focus on doing it as fast as they can. The original iPhone’s launch was actually pushed for an additional six months just because Jobs wasn’t proud of the final product they were going to announce. They preferred to shelf the design they had mastered for the past two years, in order to focus on announcing something he was proud to build and ship. History has proven that if you’re not sure of what you’re doing, the best is not to do it, as you’ll never see Apple at trade shows providing demos of concepts they won’t sell.

Apple’s secret sauce is trusting in their intuition up to a point where they’re willing to announce a product and ship it either the same day they announce it, or at most a month later. Apple is also very specific on dates, carriers, pricing and variants on day one, which is something that’s extremely frustrating every time we walk into an Android or Windows Phone event.

In the end, as much as many of you don’t wish to admit that Apple went from being a complete unknown in the smartphone business to a world leader, the fact that giants like Nokia do their best to announce their products before Apple does is a clear example of who calls the shots. I only wish that Nokia would use that same genius they have at building some of the most beautiful and innovative mobile devices of the last decade, in also selling them just as fast as they announce them.

They learn from their mistakes

Now, there’s nothing perfect about Apple. They took six months to launch the first-generation iPhone after they announced it. The question is if they’ve ever taken so long to do it again? Surely they took almost a year to launch the mysteriously flawed white iPhone 4, but each following iteration of the iPhone in white was launched on time. We even remember those funny “Antennagate” days that made Apple the laughing stock of the mobile market, but each following iPhone has seen this problem disappear. The same can even be said about how terrible MobileMe was, and how iCloud is still unmatched in simplicity and ease. It’s clear that Apple learns from their mistakes, and yes, Maps is yet another mistake we’ll probably see fixed later.

By contrast, Microsoft announced Windows Phone 7 in early spring of 2010 and launched it until the fall almost 10 months later. You’d think that they would’ve learned their lesson about how this trashed the market appeal of Windows Phone, but no, they did it again with Windows Phone 8, where I bet not even Steve Ballmer knows a definitive date for the product launch. All those Microsoft fans must hate my guts right now, but Google just passed Microsoft in market value a couple of days ago just as Apple did two years ago. Whether you want to accept it or not, Microsoft needs to wake up.

Along with the past example, HTC still pushes a sluggish version of Sense after years of complaints. Nokia still delays great phones waiting for their software partner to be ready, which makes you wonder if they made the right choices with Microsoft. Motorola killed MOTOBlur, but they just went from impossibly slow to slow with their current UI. How much longer will it take for these companies to learn from their mistakes? 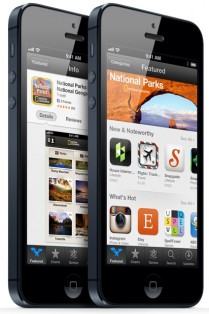 They don’t see themselves as a hardware company

Another big reason why Apple wins is because they’re not in the business of only selling hardware. Amazon saw this early on when the iPad was launched and have managed to disrupt the Android tablet market by selling the Kindle at a no-brainer price, but with the idea of subsidizing it with their content. The secret lies in the content, and even though Apple doesn’t make as much money from content as they do from hardware, they’re clear that a great phone without great content is a dead phone.

The biggest problem with competing OEMs is that they sell phones and tablets. They launch a ton of iterations of the same phone in order to cater more markets, but it’s clear that one of the main reasons why they’re sluggish at providing software updates, is because they don’t make any money out of them. They’d rather sell you a new phone. Some companies have tried to follow the Apple trend, and I’ll hand it to Nokia for leading the pack, but if I ask you what happened to HTCSense.com, things get tricky. I could also ask you why did Zune software fail, and I guess the only right answer is that neither of these companies have their priorities straight.

Probably the biggest reason why Apple wins is because they know their customer. A clear example of this is how all of us in the tech world bashed the original iPad for being an over-sized iPod Touch, and how consumers flocked stores to buy one anyways. None of us recommended the thing, but Apple clearly knew how to reach their real target, and did so just right. Probably Steve Jobs’ biggest asset was the fact that he wasn’t a geek. Therefore, he focused on building products for everyone, and he knew geeks would follow. At times when I hear ads on the radio boasting about the super dual-core processor on the Atrix HD, it’s clear that Motorola simply doesn’t understand their customers.

Companies like Nokia, HTC and Samsung have proven that they can build products that are superior to Apple products. The only thing left, is for these companies to become superior in the way they address the market. Spec sheets may win benchmarks, but they don’t win massive customer appeal. The secret lies in their ability to build a great product, and also be just as great at pushing it to the market. Just as Apple figured out that selling music required impulsive buys of a dollar in order to take off, impulse is something that OEMs need to master if they wish to survive.

Have you ever seen Kenneth Cole announce a shirt they won’t sell you, or do you see it first on the store window? Do you ever hear McDonald’s announcing a burger they won’t begin to sell until next year? It’s there, using its most delicious photo on the menu, trying to drive you to buy it out of impulse.

Which company would you like to see succeed just as well? Make sure you share your thoughts in the comments down bellow.