When Is A Smartphone Too Thin?

With OEMs hungry for opportunities to set themselves apart in an increasingly whitewashed platform world, and continued pressure to keep displays growing in size, competing on thinness is one of a diminishing array of options available. The question is, when do we reach the point where phones become too small?
Published 25 May 2012, 16:23 EDTUpdated 01 April 2021, 09:20 EDT

We’ve reached that point, folks. The battle for the title of “world’s slimmest smartphone” is down to fights over hundredths of a millimeter- the internationally-recognized sign of a fight no one cares about anymore. In the past six months, phone makers Motorola, Huawei, and Oppo have all made the “thinnest” claim at some point. Today, Huawei’s Ascend P1 S is still lording the lofty title of most-svelte over its rivals, with a thickness measurement of 6.68mm. That’s just a little ways from the DROID RAZR’s 7.1mm, but a far cry from the 13.9mm original RAZR that kicked off this whole thin-is-in business in the first place, way back in 2004.

With OEMs hungry for opportunities to set themselves apart in an increasingly whitewashed platform world, and continued pressure to keep displays growing in size, competing on thinness is one of a diminishing array of options available. The question is, when do we reach the point where phones become too small? 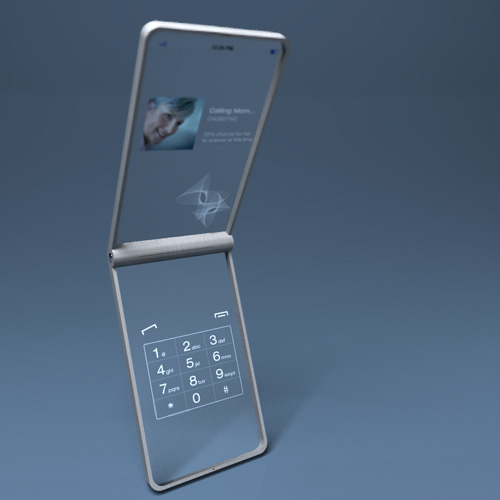 Sometime before this becomes a reality.

The principal phone attributes that erode with diminishing thickness are durability and ergonomics. Let’s take a look at how ultra-thin phones handle the challenge of preserving each.

One of the dangers in making any device too thin is that the reduction in thickness and quantity of casing material can lead to increased fragility. Giving a phone the “back-pocket test” (sliding it into a butt pocket and sitting down on a hard surface) is still a viable means of testing beefier phones for real-world ruggedness, but trying that stunt with any of the current crop of ultra-thin devices would be a hair-raising exercise. 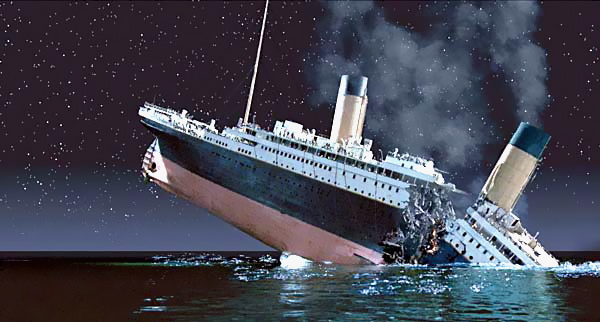 Bending: not a great thing.

Manufacturers have taken steps to shore up the more delicate nature of thinner devices, through various means and with varying degrees of success. Samsung’s Galaxy Nexus, while certainly not the thinnest phone on the block, is still far from ham-beast territory at 8.94mm. To guard against flexing or outright bending of the chassis under heavy stress, Samsung incorporated a metal frame under the unremarkable plastic exterior. Many reviewers noted that the phone felt “sturdier” in the hand as a result of this addition. While I’m not convinced that was anything more than a psychosomatic effect -and an indicator that Samsung’s marketing department did its job well- I admit that knowing it’s there adds to a certain sense of security when I subject my own Galaxy Nexus to rugged treatment.

In bringing its 7.1mm Droid RAZR to market, Motorola took a similar approach with an internal metal frame, but also used a bonding process to further rigidize the phone’s internals:

Using a revolutionary smartphone construction technique called “component lamination,” each layer of the phone is physically bonded to the next, to form a single strong core from display to cicruit boards, battery to backing. It’s then locked in a precision-milled stainless steel frame. 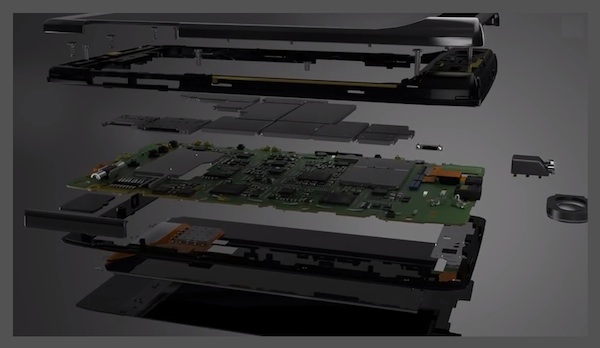 Bringing that same ruggedness to the device’s exterior, Motorola covered the display with the now-commonplace Corning Gorilla Glass and blanketed the back with somewhat less-common Kevlar fiber. How much structural integrity the Kevlar adds to the unit is debatable, but there’s no question that it conveys a very strong impression of durability to the user. In an age where perceived superiority is just as important as actual capability, Motorola has the leg up on Samsung in the press room. I had to dedicate more effort to searching for mention of the Galaxy Nexus’ metal frame than I expected, whereas Motorola is practically shouting the Droid RAZR’s Kevlar/steel/hardened-glass message from every rooftop.

Meanwhile, Huawei’s Ascend P1 S also boasts Gorilla Glass, but the majority of its promotional material seems to center around the device’s display and other common attributes. The only remarkable component of the design seems to be a back cover made with PPVD, or “plasma physical vapor deposition.” While it sounds cooler than anything I’ve mentioned in this article so far, it’s essentially just a coating on the casing material. Its reason for inclusion boils down to uniform heat distribution, rather than any durability enhancement. 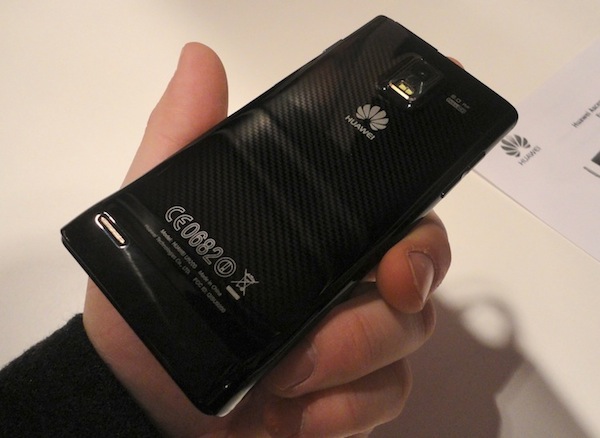 So both actual durability and perceived durability need to factor into the equation for manufacturers to continue successfully marketing thin phones. But how will we hold them?

I really, really enjoyed my time with the HTC One X. From materials to design, that device sang a tune I could get down to. All the same, though, when my time with the review unit ended and I sent it back, I found myself slightly relieved to be back with my Galaxy Nexus. One of the big reasons for this: the feel-in-hand of each device.

Rather than repeat myself, I’ll just quote my thoughts from last week:

… as amazing and as attractive as the One X’s design is, it also makes for a comparatively cumbersome experience. The feel in hand is very slate-like, and the chalk-like polycarbonate casing doesn’t provide much in the way of grip. By contrast, the Galaxy Nexus’ rounded, stone-like corners and textured battery door fit snugly into the palm, and the slightly glossy plastic casing provides a reassuring sense of purchase. So while the Samsung device feels quite a bit cheaper, its more utilitarian construction makes it easier to hold. At least as far as my average-sized hands are concerned.

Of course, some of that had to do with the One X’s slippery polycarbonate, but the bigger issue was that holding it felt a bit like cradling an oversized graham cracker. Which is fine for a notepad or roof shingle, but less than ideal for a smartphone.

To avoid the problem of ever-thinner phones becoming increasingly harder to hold, OEMs have strikingly few avenues. In my view, their options are limited to three: they can curve, bulge, or narrow.

The curved approach would require the most radical thinking, but I think it would achieve the most aesthetically pleasing result. We’ve seen manufacturers playing with curves recently, with Samsung’s work on the contour display of the Nexus S and Galaxy Nexus, and Dell’s “same but different,” opposite but equally striking rounded display cover of the Venue and Venue Pro. Still, everyone’s confining their experimentation to the displays and the displays only. Taking this trend to the next logical step and expanding it to include casings themselves would result in more palm-able devices, without sacrificing too much screen real estate. The down-side: reduced pocketability in certain attitudes and orientations, and probably some pretty wild wobbling on tabletops. 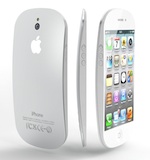 Going the bubble route is something we’re already slightly familiar with, having seen understated versions of it on many smart devices already. With this approach, a smartphone or tablet’s apparent thickness is reduced by using beveling and tapering at the edges. Since the edges are where our hands spend most of their time, the thickness there is what we perceive to be true across the entire device. An exaggerated take on this approach might result in a phone with a subtle egg-like bulge that sits comfortably in the hand, yet slims out to extremely tapered edges. I admit this doesn’t sound terribly appealing, and in fact I think this approach would be the most difficult to implement.

My favorite approach to the problem, though, is likely no easier to realize. No matter how thin it is, a narrower smart device is necessarily easier to hold, as the fingers don’t have to use up so much of their length across the back. A good, firm, wraparound clutch can be achieved with ease; furthermore, this results in a longer device, which still has a more natural feel for voice calls. Even though I don’t really like those.

The problems, though, pile up like crazy with this approach: the narrower body necessitates a narrower display. That alone is heresy in today’s everything-bigger-is-automatically-better climate, but there are more fundamental problems. Narrowing a display without also shortening it results in aspect ratio issues, and not just for movies or web browsing: app developers are forced to code apps specifically for your weirdo device, unless they want to go the dull route of auto-scaling like Android tablet apps, or the ugly route of inserting space-filling black bars everywhere.

These are only three possible resolutions, addressing only some of the myriad issues involved when designing thinner and thinner smartphones. But companies like HTC keep insisting the average consumer wants thinner phones, even at the cost of decreased battery life, so we’re likely to see this discussion continue for the foreseeable future.

Got thoughts on thin phones? If you have other ideas for working around this problem (other than, you know, “don’t make phones so thin anymore!”), drop them in the comments below!