What exactly is the Pixel C?

All the leaks did what they were supposed to. Numbers next to the letters GPU, RAM, GB and plenty of other acronyms and symbols have been put into place. So, when the Nexus phones came out of the gate during today’s presser, we weren’t exactly buzzing about what was up with the hardware there. We’ve been calling this 75-minute affair the “Google Nexus event” when it really should’ve been called “The Software Show, feat. Nexus and friends.”

Either way, Google was being Google and everyone, if not bursting from the seams, was more or less content. And then the show then made a U-turn. Or a C-turn.

Tablets are great for games, reading or watching movies, but they often force you back to a laptop when you want to write a document or respond to a long email. And while there are plenty of keyboard accessories, they’re often just that: accessories. They have cramped keyboards, require you to use them on a desk or get in the way when you don’t want to type.

Lots of hardware in that paragraph to replace, right? Not really. Instead, what we were shown was a beautifully designed machine hampered by Android 6.0 Marshmallow and a $149 … wait for it … accessory. As it is, the Pixel C seems to be a pricier Nexus tablet with a different name. But it’s that “Pixel” name that twists “as it is” into “what is it?”

What exactly does it stand for?

But first, what was it? 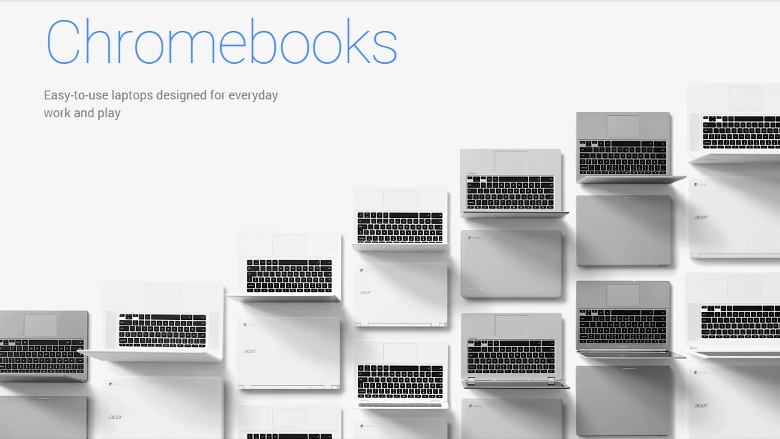 The Pixel C got its roots from the Chromebook series of laptops that ran ChromeOS. It was supposed to provide an affordable straight-up web experience with a bunch of applications to help you get along. If you wanted to Netflix and chill or needed to research and type up your thesis, a Chromebook would do you good. If all you ever wanted to work or game with were apps connected to the cloud, you had good value hardware to help you do so. You’d be paying twice or three times as much for a heavier PC workhorse anyways. 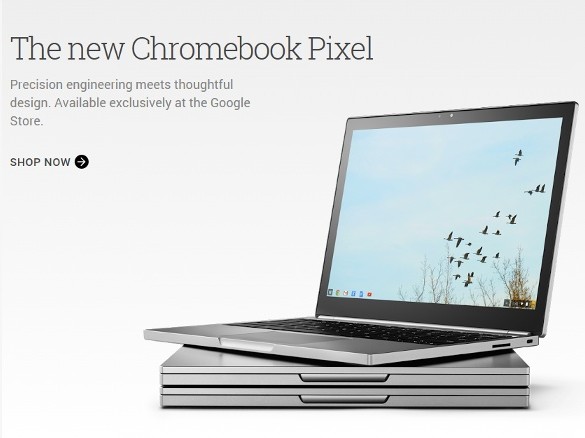 Then came the pricier Chromebook Pixel, delivering a tastier spec sheet but with the same intent for consumers as before: providing a rich internet experience for both play and productivity. In fact, besides a higher-res screen and slightly reduced load times, it was, in fact, the same experience. The Chromebook Pixel, though, went against the original idea of reducing the cost to access the internet. ChromeOS machines from ASUS, Acer, Dell, Hisense, HP, LG, Samsung and Toshiba all have starting prices wedged under $350. With the Chromebook Pixel going for at least $999 and people that don’t necessarily share the Chromebook’s mission, many clamored for ways to engage in more locally intensive programs — stuff that needed storage and processing that most Chromebooks simply didn’t have.

You could port over Google Play Store apps if the Chrome Web Store had a similar app, but even then, the architecture provided within Android didn’t really suit tasks like advanced photo and video editing. Adobe is still trying to fix up a solid way to essentially stream its Creative Cloud programs, like Photoshop, to your Chromebook. But even after 10 months into a beta effort, the program’s only available to Adobe Education Exchange members who have a Creative Cloud membership – and a ChromeOS device.

The majority of our computing lives revolve around reading and editing documents and presentations, then sending all that stuff to people, because that’s how the internet works. It would be fair to say that Google made it possible for people on a shoestring budget to buy a Chromebook — or for you stationary workaholics, a Chromebase — and get things done. In that light, the Chromebook Pixel’s (and the Chromebook Pixel 2‘s) power and price tag made it an element of muscle in a sandbox of light tasks. It was, perhaps, an item of luxury. It didn’t make sense for it to be there. 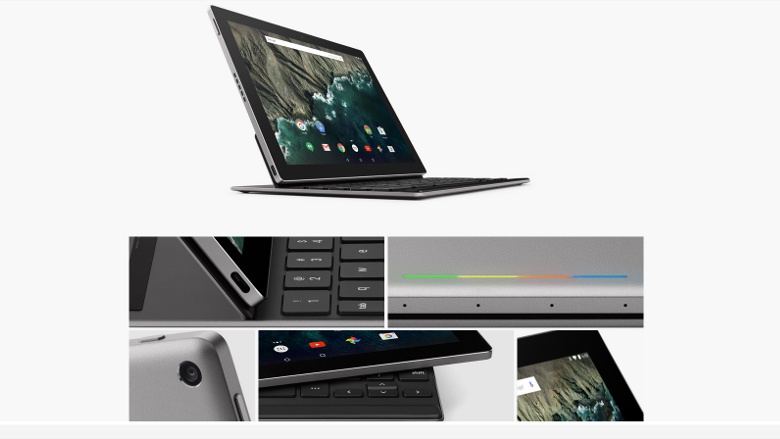 All of this brought about the latest tablet plus keyboard minus stylus power combo from Google, the Pixel C. And boy, was it weird watching someone pitch it to us. The overall grain of the event glossed over hardware (or at least, the exclusivity of the hardware) in favor of playing up everything inside of Chromecast, Google Play Music and Photos.

And then this, again from Google’s Andrew Bowers:

Not Chromebook family mind you, but Pixel family.

If you’re familiar with the Chromebook Pixel, you’ll immediately see the family resemblance. It has the same clean lines and anodized aluminium design. There are no exposed screws and minimal distractions. Precision engineering means everything fits together with really tight tolerances and it feels really sturdy and solid in your hands. 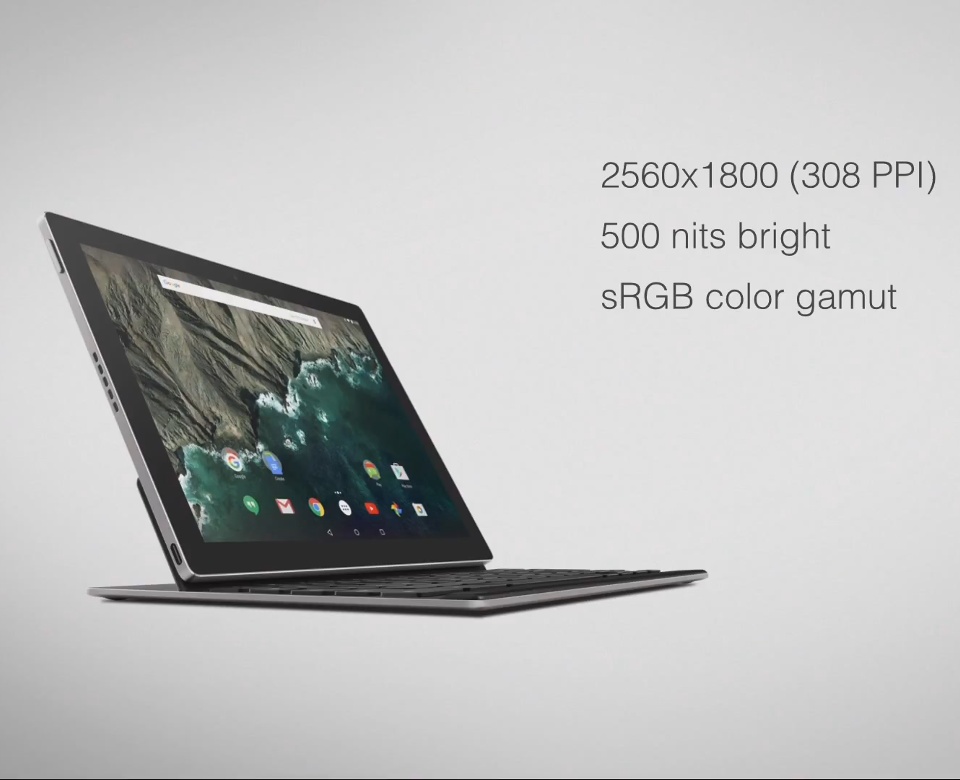 We think the tablet has become an incumbent form factor at this point. While the magic trick of having the tablet stand on the keyboard without a kickstand was impressive, we weren’t quite as dazed by the beefy insides. We learned from Google today that great hardware doesn’t always come with the most optimal software to run on.

Android has certainly made yards-long strides on improving its user interface for maximum comprehension and multitasking. But Google hasn’t made the investment to make Android’s architecture suitable to using heavy-duty granular apps like Pro Tools or Avid. It looked like the Pixel C would be on the same athletics track as the Nexus products: a level software field, but not one best suited to what the Pixel C could do.

And the keyboard sure doesn’t help its case. If the “C” does stand for “convertible,” why did Google treat the keyboard like an accessory? One you can detach and forget about? One you have to buy at great expense? Why was the keyboard so vaunted when the Pixel “Convertible” is just another tablet without it?

If you just want the latest Android Marshmallow tablet direct from the Google folks, give them their five Benjamins and give Android the due respect it deserves for what it can do. But if you want something more for the asking price, then don’t buy this tablet. Look elsewhere.

Like the Chromebook Pixel, the Pixel C doesn’t make sense relative to any of its Microsoft or even Apple competitors. 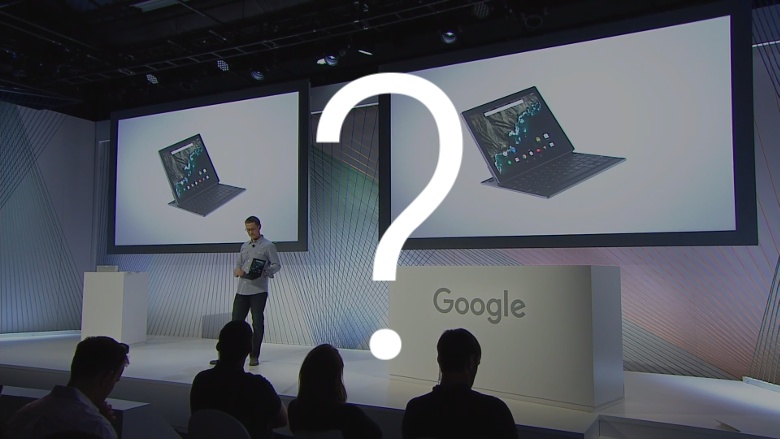 I don’t mean to be blustery about the Pixel C. After all, it’s not the device I have problems with – it’s Google.

The tech giant contracted other OEMs to work on Android-based smartphones, tablets, watches and, last but not least, ChromeOS devices. While it hasn’t always been the case, most of that machinery was made available cheap with consumer outreach in mind.

Google tasked itself to go to the factories with the Chromebook Pixel. That may be the case with the Pixel C. The company made the majority of its presentation on the Pixel C about the screen the size of a sheet of A4 paper, what you might do with the magnetic keyboard and those four far-field microphones. The whole package will be priced somewhere between a conventional tablet with a conventional keyboard attachment and a decent laptop PC. Seems like Google’s real proud of it. But it will definitely not have any shade of access to a fully-featured Photoshop.

Brawn without brains at increased cost means lack of value.

We’ve come to see the emergence of a new Google brand and frankly, I believe that Pixel doesn’t suit Google’s deeply ingrained frugal and open-to-all attitudes well. Google knows how to make high-speed internet available for some of the nation’s more disadvantaged people. It knows how to merge data networks in a way that gets you the best signal for your money. And it knows how to make enough money from a search engine to be able to fund ventures like these at reduced cost to its supposed users.

Perhaps this could signal a Cupertino tendency —a tendency towards higher-margin fancy products— from Mountain View? Personally, I hope it damn well doesn’t. 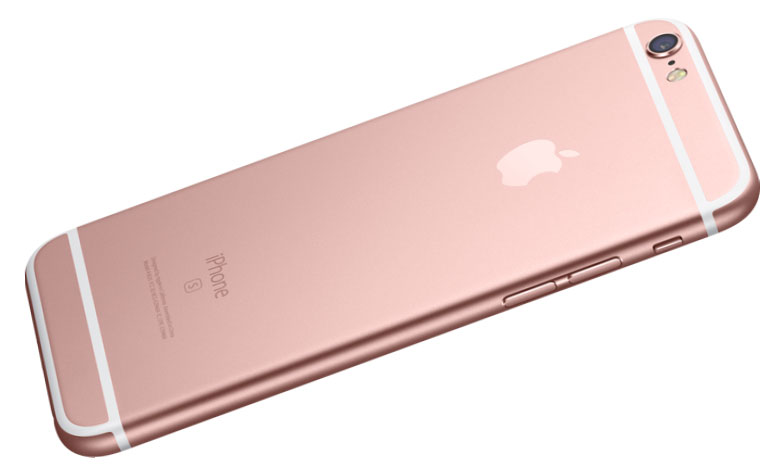 Maybe I’m just seeing things. Maybe you’re seeing the same problem I am. Either way, you’re welcome to debate in the comments section below.