The inclusion of a barometer, altimeter, compass, calculator, address book, GPS receiver, Bluetooth, touch screen, or something else? What is a smartwatch?
Published 12 August 2014, 10:03 EDT

We’ve got Android Wear. We’ve got Samsung’s proprietary Gear line-up. We’ve got Pebble. Even Sony has some skin in the game. You probably won’t find anyone who would argue with you that those are all “smartwatches”. But they’re all so different from one another! That got us scratching our heads: what is a smartwatch?

According to Wikipedia: “A smartwatch (or smart watch) is a computerized wristwatch with functionality that is enhanced beyond timekeeping, and is often comparable to a personal digital assistant (PDA) device. While early models can perform basic tasks, such as calculations, translations, and game-playing, modern smartwatches are effectively wearable computers. …” 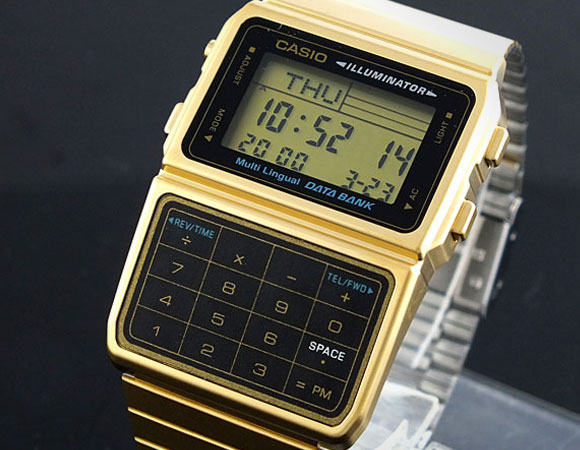 “A wristwatch that’s enhanced beyond timekeeping”, that’s a pretty broad definition. The Casio calculator watch that I wore in my early college years was able to keep the day, date, and time (in more than one time zone), served as a stopwatch, kept a list of my contacts, held hundreds of calendar appointments, and yes, was even a calculator, all right there on my wrist. (If you didn’t already think I was a geek, this admission should remove all doubt.)

Was the Casio calculator watch what we’d call a “smartwatch”? It sure seemed smart, at least back then.

I’ve had several watches that were basic wristwatches, but had the ability to connect to a PDA or smartphone via Bluetooth. Some of these could control music, others could tell you who was calling without making you pull your phone out of your pocket. A couple could even do both.

Some were fancier than others, but a watch with Bluetooth in it, that’s gotta be pretty “smart”, right? 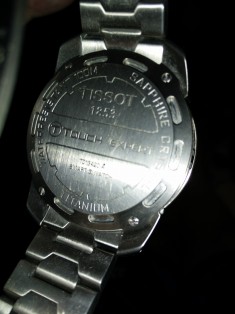 For many, a smartwatch has to be packed with sensors to tell you all about what’s around you. These sensors may include an accelerometer, thermometer, altimeter, barometer, compass, or even a GPS receiver. But watches have had many of these features built-in for decades (some even longer than that).

This is a picture of Tony’s wristwatch.You’ll notice that not only does it have a bunch of the items mentioned above, it’s also got a sapphire screen (like only the newest smartphones include), and it says “smart watch” right on the back. You can’t argue with something that’s got it etched into its backplate, right?

It’s got to connect to my smartphone and tell me who’s calling, when my next appointment is, and if I’m about to miss my next turn.

It has to make my day easier, not add to the digital chaos that’s surrounding us more every passing day.

It’s got to be simply beautiful, and beautifully simple. Elegant.

What is a Smartwatch?

Now that I’ve gone and biased you, it’s your turn. What do you think makes a smartwatch a smartwatch?

We’ve put together a poll, but unlike many we’ve asked of you before, we’re opening this one up. For you, there may not be a single defining characteristic, so you can check as many options as you’d like. You may not like our canned responses, so feel free to add one of your own. And, as always, please head down to the comments and share your insights, your experience, your own “bias” with us, and tell us in your words: what is a smartwatch?