Learn more about the Wena Wrist smartwatch, a new crowdfunding project that Sony has just launched on its First Flight platform

Sony has been doing a ton of initiatives in order to regain economical piece of mind. First Flight is one of those cases, where the company has launched its own crowdfunding platform with the idea of gaining an extra push for its own internal projects. This service is currently only available in Japan, but we get to see today what it’s all about.

First Flight has just announced crowdfunding options for the “Wena Wrist” smartwatch. Wena stands for “wear electronics naturally,” and the idea is to provide you with a different kind of smartwatch to what you’re used to. Similar to the Cogito, Wena Wrist is pretty much an average watch with some added features. As such, the “Chronograph” model gives users up five years of battery life while the “Three Hands” model lasts for three years. The smart features are actually embedded in the watchband, providing users with an LED light that notifies a user of a pending notification, and which you’ll have to charge every week or so via a cradle.

The watch at the moment only works with iOS, with price that range between $287 for the Three Hands model, and $576 for the Chronograph. Those of you searching for a regular watch that can do a little more might be interested, so long as you’re in Japan. 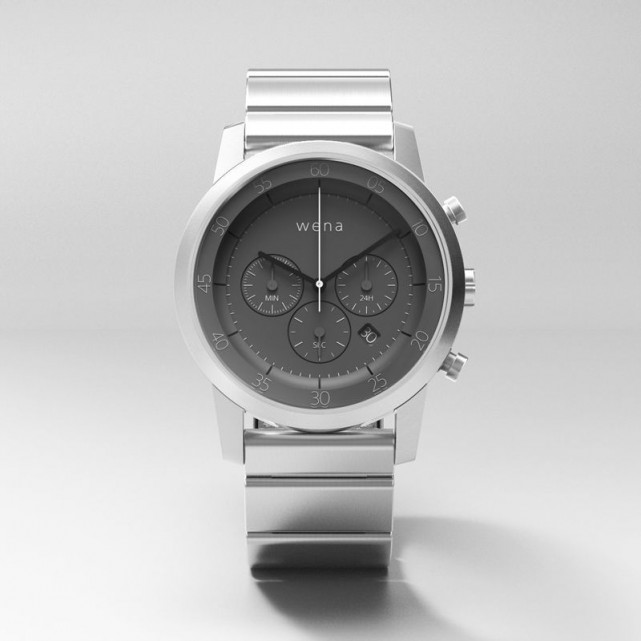 Source: First Flight
Via: The Verge

The latest rumors concerning the iPhone 12 lineup include a thinner 6.7-inch device with larger camera sensors than the ones found in the iPhone 11 Pro Max