Check out the Pocketnow Week in Review for the week 6 news recap of 2014, to see the most interesting, popular, and exciting topics of the week.

This week has been an exciting week for us, and we sure hope that’s also what it was for you. In case you missed it, we are giving away a custom 32GB Nexus 5 phone, together with dbrand. We’ll announce the winner on our February 13 installment of the Weekly Podcast, so you still have time to enter. Head over to the announcement post, read the details on how to enter and participate. Also, keep your fingers crossed! We do, and we wish you good luck!

It is not a surprise that the most popular story of the week (contest above aside) is a post dealing with specs for two most popular devices on the planet (or their follow-ups, if you want to consider it that way): the Galaxy S 5, and the iPhone 6. The information comes from an analyst report that tries to anticipate both the larger form-factor and internals of the next Apple flagship, as well as the specifications of the soon-to-be-announced Galaxy S 5. Meanwhile, a different source is also trying to predict the internals of the S5.

On a slightly related note, we’re hearing reports claiming that (a lot) more Galaxy S 4 owners are ditching their 2013 flagships than Galaxy S III owners did. To put things into context, “comparing the number of Galaxy S III owners who traded-in their phones during the second half of 2012 with those who traded-in Galaxy S 4s during the same period in 2013, Gazelle saw a massive 138% increase – more than doubling”. You can of course read more at the post and also leave a comment with your thoughts.

Those, however, who did not trade in their GS4 phones, are starting to see the official Android 4.4 KitKat update pop up on their screens as a notification. Of course, not all versions of the phone across all regions are getting the refresh (like it is usually the case), but reports from Samsung’s home turf claim that the KitKat treat is being delivered. 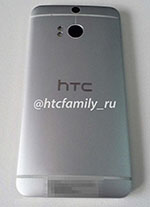 Switching over to one of the main competitors of Samsung in the Android fight, HTC, we’ve seen an alleged picture of the back of the HTC M8. While some claim it is the real deal, others (even inside HTC) are crying “PhotoShop”. In any case, what has been claimed to be the real deal features the same design as the HTC One (and Mini), with two cameras on the back, and dual LED flashes. In case you missed it, leave a comment on the post and tell us what you think: real or fake? And, if one image wasn’t enough, there was another one posted, claiming to show off the upcoming flagship.

We all love concept renders! It’s definitely not because of accuracy, as often times the end product is completely different, but because they reveal aspects present on people’s “wish lists”. Two of the most popular concepts for this week are referring to a phone and a tablet. There’s an iPhone 6 concept that is a crossover between Apple’s design language, and the recent one used by Motorola on the Moto X. There’s also a Nexus 8 concept based on all the rumors we’ve been recently hearing about Google trying to go somewhat larger in terms

of screen size. Make sure to give your input on their respective posts.

Last, but not least, Microsoft is trying to get you to trade in your old iPhone or Galaxy device. If you have an iPhone 4 or 4S, as well as a GSII, you might want to consider giving it to Microsoft, as the Windows Phone maker is giving you a free Lumia 1020, or 1520. You can read about the details of the promotion by visiting the post.

This week, on our YouTube channel, there’s been a lot of activity, with some exciting things, like our giveaway announcement. But that’s not all that happened! We had not one, not two, but three unboxings, comparisons, and much more! Find some of them below, while, for the rest, make sure to visit and subscribe to our channel!