Check out the Pocketnow Week in Review for week 49, 2013, to see the most interesting, popular, and exciting topics of the week. 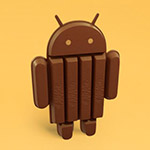 Android 4.4 KitKat is the next big thing in the Android OS world — though a minor update, 4.4.1 is already hitting the Nexus 5, Nexus 7 (LTE) 2013, as well as the Nexus 4 — but not everyone is lucky enough to have an officially supported device (or geek enough to run a custom ROM based on KitKat). If you’re among the aforementioned, we have the pleasure of showing you how to get the best features of KitKat on your older phone without voiding your warranty. These include Google Apps, Google Search, Hangouts, the Google Experience Launcher, as well as some other bits Joe Levi is showing off in his video tutorial.

While there are some categories in which the Nexus 5 excels, and some, in which other OEM-made phones are better, you can’t really fight the extraordinary price of the pure-Android. It is clear why some would prefer to grab the Nexus 5 over say an HTC One or a Samsung Galaxy S 4. However, when you want to switch from yesterday’s flagship in order to get the Nexus 5, things get a little more interesting. We’re trying to understand why one would “upgrade” from a One or an S 4 to the Nexus 5. If you’re among those who want this, leave us a comment, tell us your reasons! 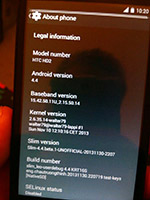 …but on the opposite end, we’re looking at a phone which is not yesterday’s flagship, but rather last decade’s. The eternal HTC HD2 runs everything thrown at it. And we mean everything! It just so happens that it now also runs Android 4.4 KitKat. Have an HD2? Want KitKat? Check it out!

In case you’re a bit skeptical about KitKat, don’t be! The latest version of Android might look a lot like Jelly Bean, but Joe Levi agrees with Google, saying that there’s a whole lot more to it. It should be much better under the hood, and we tell you why that is.

Straying away for a second from pure-Android, and looking at probably the most controversial OEM skin there is: Samsung’s own TouchWiz. You can love it, hate it, or not care about it, but we, as phone reviewers, often tend to heavily criticize it. Trying to answer the question of whether we’re being too hard on TouchWiz or not, Stephen Schenck is asking for your opinion in this latest poll. The results are rather interesting; go check them out, and vote if you haven’t already!

As we’re transitioning to iOS and Apple content, our own Taylor Martin shot this latest episode of the Pocketnow Insider series. He’s showing off his favorite applications on both Google’s and Apple’s mobile platform; if you’re interested in what apps our Senior Editor can’t live without on both platforms, check out his video; of course, you know a special Windows Phone edition is around the corner!

Whether it is because of KitKat — and Android’s continuous growth to an undisputed top spot in the marketshare battle — or a steady decline in brand recognition, Apple should be worried in 2014, instead of being excited for what’s coming next year. Of course, this is an opinion piece from our own Jaime Rivera but brings some valid points you should not ignore.

Our resident Windows Phone/Windows man, Adam Lein, is very honest and direct when he tells you 8 things he hates about Windows 8.1. Of course, it’s not all about bad stuff, as he’s keeping balanced, as usual, telling you also 8 things he loves about Windows 8.1. Do you have any you might want to add to the love/hate list? Leave a comment on the posts or videos.

Wrapping up the interesting week which just passed — where we also reviewed the LG G Flex, go check it out if you haven’t already — we are preparing to publish our final review of the Moto G. But, before we do, we’ll let you know whether an $180 phone is worth it or not. Of course it is, when it comes down to your wallets, but is it good enough, at that price?

However, if you are all about specs, the Oppo Find 7 could be the absolute, undisputed, winner, at least on paper. With a display of 2560×1440 resolution and the latest Snapdragon 805 on-board, this thing should be a beast. Read more about it!

Below you’ll find of our most popular videos this week. Maybe you want to start by getting your Pocketnow Daily fix, by watching the Daily recap. It’s worth it, believe me!

Our review of the LG G Flex is up, and if you don’t want to read through the exhaustive text piece, the video review — which complements the written one — is up and embedded below for your viewing pleasure. However, if you’re not that much into curved and self-healing phones, and you want to go with the reviewer’s favorite (or the cheapo), check out Taylor Martin’s video trying to help you take a decision between the Moto X and the Moto G.

Windows Phone fans should have not missed our review of the Lumia 1520, the largest, but, at the same time, the fastest Windows Phone out there!