Check out the Pocketnow Week in Review for week 48, 2013, to see the most interesting, popular, and exciting topics of the week.

Look for the Pocketnow Week in Review every Sunday morning. It contains the most popular ten stories of the week printed on the portal, as well as top videos from our YouTube channel. Additionally, you can also find our Pocketnow Weekly Recap video here (if any), for your convenience, and viewing pleasure.

It’s been the week of Black Friday, just before Cyber Monday, and the Holiday shopping frenzy has officially started. It’s also been the week of Thanksgiving and we’d like to thank everyone once again for being here with us. 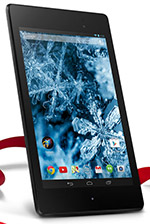 If you’re looking for a cheap, but great Android tablet, the Nexus 7 is definitely the one to consider. Google announced its holiday offer and we’re guessing it will not end with Black Friday. Starting November 26, those in the US and Canada who will buy a Nexus 7 from Google will receive $25 Google Play credit as well as free shipping. Sounds pretty good to us! Taylor Martin tells us what the top two tablets that he might consider for Black Friday (or this holiday season) are. You might want to check that out! Hint, the aforementioned Nexus 7 is one of them!

Motorola, while another company, is still related to Google, and very much so. With its latest line-up, including the Moto X and the newly released Moto G, the company is winning. Check out Jaime Rivera’s editorial on why! Here’s a hint: the Moto X is regarded very highly among phone reviewers, and the Moto G pushes the envelope even further, offering a more than decent phone at an irresistible price: it’s also available for pre-order from Motorola and Amazon.

On November 20 Qualcomm announced its next generation Snapdragon processor, the 805. It’s all about better performance and 4k video playback support, but our own Joe Levi explains why exactly the Snapdragon 805 is the processor you’d want in your next smartphone.

After publishing our top 5 smartphone round-up for this fall, Jaime Rivera is telling you what the team believes are the top 5 devices to skip this fall, whether you are planning on getting one from our specific list, or you know someone who does. Don’t! But you know what would make a perfect present for yourself, or someone dear? The newly announced golden HTC One. It’s the same phone you know so well by now, but in a new, some might say iPhone 5s-mimicking  champagne gold variant, to complement the already existing color options (black, silver, red, and blue).

Taking a break from all the Holiday mentions and looking a bit more in-depth at specs: we all want a battery in our gadgets that lasts long. While some dream of all-day battery life, others are asking themselves how much longer until we see week-long battery life in our smartphones? While we’re sure it will be no slouch, the HTC M8 — rumored follow-up to the HTC One — will most probably not be the phone to deliver that. However, if you want to read about the latest rumored specs for the device, check out what the chatter is all about. 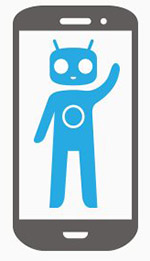 If you’re an early adopter of Android 4.4 KitKat, make sure to leave your thoughts in the comments of this post by Joe Levi. If you’re already enjoying your KitKat treat, chances are you’re rocking a Nexus phone or tablet, or your gadget is powered by CyanogenMod. Sadly, Google decided to yank the CyanogenMod installer app from the Play Store. Check out the story in order to find out Google’s explanation for such a move.

Below you’ll find of our most popular videos this week. …and, since we’re talking about video, we want to thank all of our past, current, and future subscribers for helping us reach an important milestone: we’re more than half a million! And those more than half a million should definitely see how we’re putting the LG G Flex through a real-life torture test, just to see how that bending, flexing, and self-healing behaves; you know, not in a lab, or controlled environment, but in your day-to-day life. You want to also make sure you’re never missing an episode of the Pocketnow Daily, a video recap of the headlines you shouldn’t have missed the previous day.