Check out the Pocketnow Week in Review for week 4, 2014, to see the most interesting, popular, and exciting topics of the week. 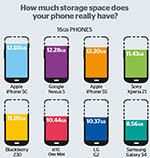 When you buy a phone, one of the deciding factors is always its storage capacity. Different vendors have models varying from as low as 4GB, up to as high as 64GB, and you choose depending on the amount of documents, pictures, media, apps and games you intend on installing/storing on your device. However, the capacity listed on the box, and in the tech spec sheets, is not always the same as the free space you get on the device after setting it up. This graphic shows how different 16GB phone models from varying manufacturers have different amounts of free storage available for the user; figures vary from 12.6GB to as low as 8.56GB. Check it out to see the figures! 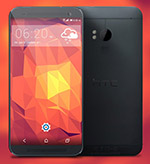 The HTC M8, tentatively dubbed the HTC One+ (or One Two), follow-up to the 2013 flagship, is expected to land within the first quarter of the year, maybe as soon as MWC. This non-official render concept seems to have been very popular, showing off just exactly how its creator imagines the phone would look. While maintaining the basic design guidelines of the 2013 model, there are certainly some changes. Go take a look in case you missed it, and drop us a comment on how you’d imagine the HTC One for 2014.

A decade is a long time in history, and even longer in the world of tech. With that much time on OEMs’ hands, mistakes are inevitable. Read this post gathering staff members’ opinions concerning the biggest mobile mistakes of the decade. While you’re at it, tell us what you think was a high mistake, and which company made it.

Being an everyday user of a specific platform gives you a specific perspective upon using another one. This involves expectations, reactions, and conclusions, and this is exactly what our own Adam Doud talks about when he’s using iOS, taking a short break from Windows Phone.

We were all criticizing Apple when news struck of iOS 7 potentially blocking unauthorized iPhone chargers. Well, it’s time for Samsung to pull a similar move, with reports of Note 3 accessories being blocked after the KitKat update. What does it all mean? Unapproved third-party cases for your Note 3 might no longer function properly once the KitKat update is installed. Neat!

Joe “the Android Guy” Levi is talking about specific root apps he can’t live without. If you’re an Android power user and you like your phone rooted, check out this video round-up on what you should install, if your usage scenario is anything like Joe’s.

With the Galaxy S 5 just around the corner –with several rumors talking about a possible MWC announcement, while others dismiss the idea– we couldn’t help but write an editorial, by Taylor Martin, looking back at the Galaxy S 4, and imagining the Galaxy S 5. It’s not necessarily a dream-phone like post, but it is definitely a wish list for the upcoming Samsung flagship. Have something you wish for the GS5? Drop it in the comments! 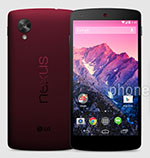 Most phones nowadays support both 2.4GHz and 5GHz WiFi operation, and Joe tells you why he thinks you should use the higher frequency signal. All this while rumors of a smaller Lumia 1520 are starting to pop-up. The Lumia 1520 mini, tentatively codenamed 1520v, should be a 4.3-inch device with specs, according to this report, which seem too good to be true.

Wrapping up the round-up for week 4 of 2014, is the recent rumor of future possible Nexus 5 color options. Red, orange, yellow, green, blue, and purple are all versions claimed to be upcoming in this report, which could really go both ways, in terms of it being fake or real. That shouldn’t stop you from letting us know whether you’d fancy a Nexus 5 that isn’t either black or white.

Whether your cup of tea is a Throwback, an After the Buzz, a tutorial, or a Durability Report, we’ve got you covered this week. We’re looking back at the original iPhone, the Moto X, and some tweaks, in videos which you shouldn’t have missed. Find them below for your viewing pleasure!