Even wearables are exploding nowadays, with Fitbit ‘actively investigating’ such an incident

Fitbit is faced with an allegation Samsung has had to tackle many times last year, though chances are this Flex 2 incident is either fake or isolated.

Well, this is (somewhat) unusual. An unsuspecting Milwaukee woman by the name of Dina Mitchell has come forward with claims of yet another random gadget-exploding mishap causing second-degree burns and raising more questions about the safety of electronic devices we often take for granted.

The unique aspect of the unverified report is the purportedly hazardous product’s category and identity. As Samsung finally wraps up its second Galaxy Note 7 recall, beefing up GS8’s quality control process to prevent a repeat of last year’s debacle, and isolated iPhone fires never amount to anything serious, it was only a matter of time until the same old controversy and discussions focused on wearables.

After all, today’s smartwatches and (most) activity trackers also pack lithium-based rechargeable batteries, and those things will sometimes malfunction. They can even burst into flames with little to no warning if improperly handled, though according to the owner of this particular faulty Fitbit Flex 2, that was absolutely not the case here. 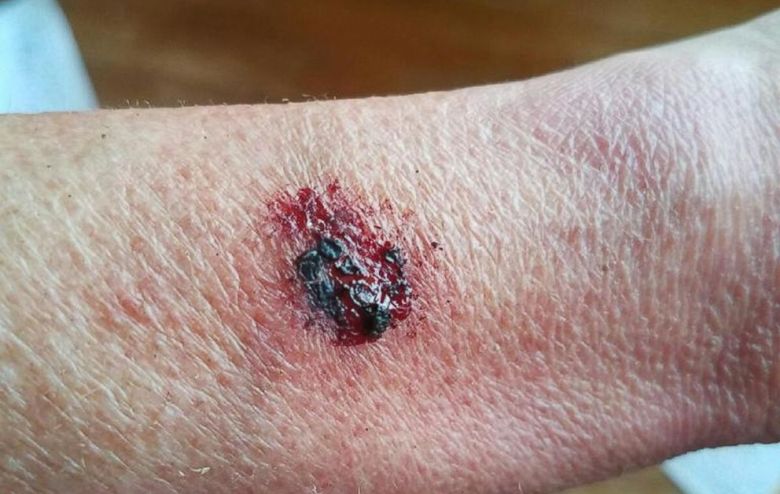 “I was literally just sitting and reading when my Fitbit exploded” Mitchell alleges, adding she received the device as a birthday gift, and merely used it for a couple of weeks before “totally melting.” The fitness tracker itself, the bracelet, everything is destroyed, leaving tiny bits of burnt plastic stuck in the woman’s arm, requiring medical assistance.

As always, while definitely troubling, a complaint of this nature needs context and thorough investigating. Fitbit is already on the case, “actively” looking into the “issue” while assuring other Flex 2 owners it’s completely safe to keep using the products, since no similar incidents have come to the company’s attention over the past eight months or so.

Today’s deals come from Amazon and B&H, where you can find the latest iMac and MacBook Pro from Apple, along with the Samsung Galaxy Buds