Poirier was happily showing off his new phone — a Quechua — which is advertised to French hikers and mountain bikers. He tossed it on the floor. No problem! Then, with cameras rolling, he found a glass jar, dropped the phone in, and started to fill it up with water. The phone is rated at IP54 and advertised as being designed to “withstand the most demanding outdoor conditions”. When Poirier tried to turn the phone on, while still submerged, he got no response. He pulled it out of the jar, water dripping from its screen, but it wouldn’t turn on. That’s when the video signal was cut.

To start with, even Archos knew that the Quechua wasn’t “water proof”, but apparently its CEO didn’t get the memo. From its website:

The Quechua 5″ Phone complies with the IP54 standard. Developed to withstand the most demanding outdoor conditions. It is designed to withstand splattering with water from all directions as well the harmful effects of dust and sand.

In his defense, hardly anything is “water proof”. Many devices indicate their level of “water resistance” in ATMs  — atmospheres. The original Pebble smartwatch, for example, is water resistant to 5 ATM —  50 meters or 165 feet. A device with a 5 ATM rating is suitable for showering or swimming in shallow water — or dunking in a glass jar while the cameras are rolling.

There’s another, more comprehensive standard than “atmospheres”, but it’s not quite as easy to understand. Depending on who you ask, the “IP Code” either stands for an object’s Ingress Protection Rating or International Protection Rating. Regardless of what the letters stand for, an object’s IP “classifies and rates the degree of protection provided against the intrusion” from foreign objects like dust and water, and is a standard published by the International Electrotechnical Commission (IEC).

The foreign objects we’re talking about don’t necessarily have to be small. For example, IP22 might be used to describe an electrical socket that is “protected” against people sticking their fingers into it, and won’t “become damaged or unsafe” if it becomes exposed to “vertically or nearly vertically dripping water”.  IP22 outlines the “typical minimum requirements for the design of electrical accessories for indoor use”.

Bringing the conversation back to smartphones, Sony’s Xperia Z Ultra is rated at IP58 which signifies that it is “dust resistant” and “water resistant”. According to Sony, not the IP standard, the phone can be immersed in 1.5 meters of freshwater for up to 30 minutes — something Poirier probably wishes his phone could do. Again, his phone is rated at IP54 compared to Sony’s IP58, so we can’t blame him for being confused — he was only off by 4, right?

Once you understand the IP code, it’s not terribly difficult to tell what kind of protection an item has. IP, as you’d expect, indicates the standard, but the numbers aren’t necessarily sequential.

The first number after “IP” indicates the size of the foreign object from which the rated item is protected.

The second number (and possibly an additional letter) after “IP”  indicates the level of protection against harmful ingress of water.

Each of these ratings has a specific test associated with it which includes depth, pressure, and duration, to name a few.

Putting it all together 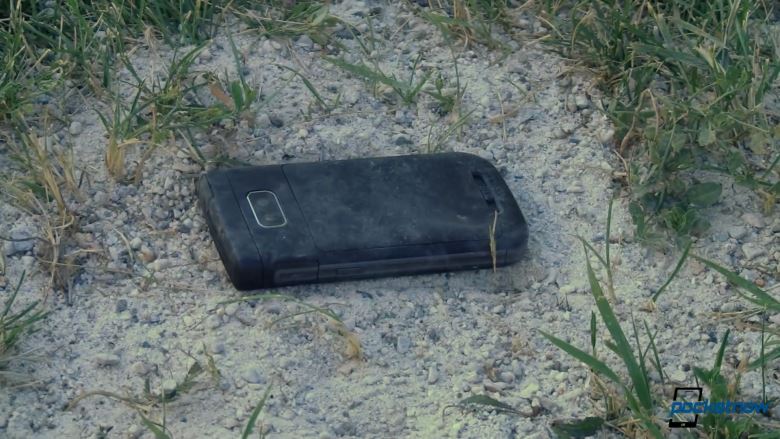 Now that you’ve seen it all laid out, what looked like fairly similar ratings of IP54 and IP58 now are obviously very different.

Ultimately, there is no such thing as “water proof”, just varying degrees of “water resistance”. What most people would consider “water proof” would be at least an IP56, but IP57 and IP58 would be even better for what Mr. Poirier was trying to do.

The 13-inch MacBook Pro is a great machine It gets even better when paired with one, or…

If rumors are to be believed, Apple is working on the next-gen AirPods Pro and could…

To help make your purchase decision easier, we have compiled a list of the best OnePlus…