The future of voice communication: VoIP, cellular, or Skype?

The mobile landscape is quickly changing. More users are communicating by way of video or text. Read on to learn what the future of voice calling holds!

The introduction of a consumer-centric smartphone greatly changed the landscape of mobile communication. Prior to the smartphone, voice calling was still largely the primary form of communication, the quickest and easiest way to get in touch or stay in touch while on the go.

Of course, the introduction of SMS (simple message service), which allowed cell phone users to send 160 character messages back and forth, changed that. And email-enabled BlackBerrys and PDAs also changed the course for mobile communication once again.

But the eventual introduction of the modern smartphone is what drastically changed mobile communication forever. Unlike the days of flip phones, no longer is voice calling the primary form of communication for many. In fact, many (myself included) wouldn’t mind if people called them less often over SMS or instant messaging. Another solid portion of mobile users are beginning to incorporate video calling into their casual usages, as well.

The modern smartphone has not only changed the overall use habits, however. It has also forced a context switch for carriers. Where subscribers once picked a voice plan and added features such as a data or texting package, data has become the staple in the user’s rate plan. With shared data, wireless consumers now choose a data plan first, and unlimited SMS and minutes are casually lumped on the top end for a (naturally) hefty fee.

Limited minute plans and voice communication itself have apparently been kicked to the curb, and the future of both are largely up in the air.

Over the next few years, nothing major will happen to the age old “minute plans.” But there is reason to believe they’re on their way out, and other services could replace the standard and very antiquated 10-digit (plus country code) calling method, as well as tracking calls by the rounded minute.

What could possibly replace standard voice calling, you ask?

The most obvious solution is VoIP, or voice over internet protocol, meaning you could make and receive calls using your data plan or a Wi-Fi connection versus a dedicated minute plan. This is already possible in many different scenarios. MetroPCS allows voice over LTE, and T-Mobile has allowed free Wi-Fi calling on many smartphones for what feels like ages.

Essentially, you still place calls as you normally would, but instead of burning through a limited amount of minutes, you simply use your home Internet connection or a much faster mobile data connection for a higher quality call.

The reason VoIP seems the most logical is due to a statement made by AT&T CEO Randall Stephenson: “I’ll be surprised if, in the next 24 months, we don’t see people in the market place with data-only plans.” What Stephenson was referring to was a type of mobile rate plan that counts all types of usage – SMS, voice, and standard data consumption – as data. SMS and MMS, for example, would be measured in kilobytes and megabytes, and the duration of a call would be measured in the size of the transferred audio files, versus the duration of the call.

It’s impossible to deny how simple this sort of plan would be. It’s not exactly easy to quantify how many megabytes a 10-minute call would be, or to keep track of exactly how many messages you’ve sent, much less their individual sizes. But you would have only one type of content to worry about and keep track of: data. The obvious benefit is the flexibility for the user – paying only for what they use instead of being forced into paying for unused minutes and messages.

The other possible solution is that nothing critical changes – calls are still measured in minutes, and sold in various packages. But the biggest caveat of the current calling method is when calling outside your country. Not only is it overcomplicated, it’s also quite expensive. Using other methods, such as VoIP or video calling, you can call around the world at virtually no cost and without hassle.

Global correspondence is done at a rate that is higher than ever before, yet the standard cellular phone call is one of the few aspects that has yet to be updated accordingly. International calls are, unfortunately, still stuck in 20th century.

Lastly, there are services like Skype, which attempt to seamlessly integrate text, voice, and video communication. Skype to Skype calls are completely free of charge around the globe – it’s how many of us here at Pocketnow stay in touch. That said, calls from Skype to a cell or landline cost. 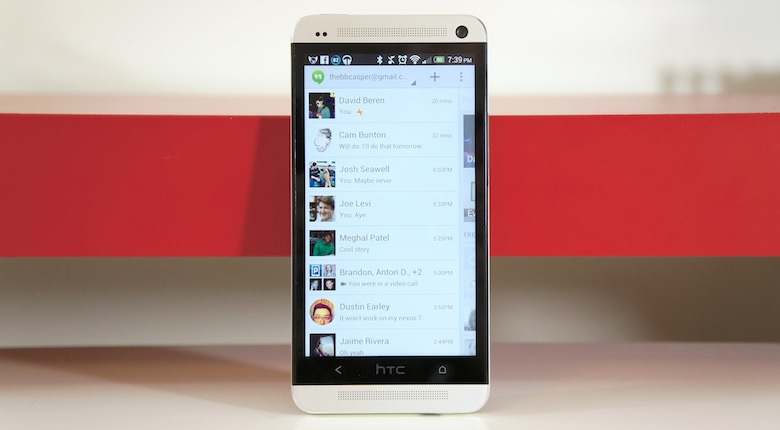 That said, there is an up-and-coming service that will allegedly compete with Skype, totally free of charge. Google Hangouts. Google has said it will integrate its voicemail, SMS, and call forwarding service, Google Voice, with Hangouts in the near future. And to some degree, it already has. If you have Google Plus open on your computer and someone calls your Google Voice number, you can answer the call – completely free of charge – from your computer.

So what will the future of voice calling be? If I had to guess, I’d say it would be a combination of the three … a choice of which suits your needs best. VoIP on a wide scale as well as data plans that measure voice calling in size over duration are inevitable. And who are we to say no to any of it?

Tell us, readers. What is the future of voice calling? Will it finally take a back seat and stop costing an arm and a leg? Or are the antiquated and overpriced voice calling methods here to stay?