A few things remain unclear or unconfirmed regarding the differences between the upcoming Vivo NEX and NEX S. But nothing can contain our excitement.

The Chinese makers of the world’s first smartphone with in-display fingerprint recognition technology have been building hype for quite some time now around a nearly bezelless handset conceptually named APEX.

Unlike Lenovo, Vivo doesn’t appear to be joking around, targeting a new record-setting screen-to-body ratio of close to 95 percent, with no notch, essentially no top border and a very small chin photographed on commercial NEX units. Or is it the Vivo NEX S that’s supposed to get rid of bezels almost entirely, while the “regular” NEX retains a more conventional “FullView” look?

Either way, the X21 and V9’s iPhone X-inspired screen cutout is out of the equation, with a unique retractable front camera tipped for the higher-end, thinner-bezel variant, and a Mi MIX-style selfie shooter likely to be integrated into the bottom right corner of the humbler model. 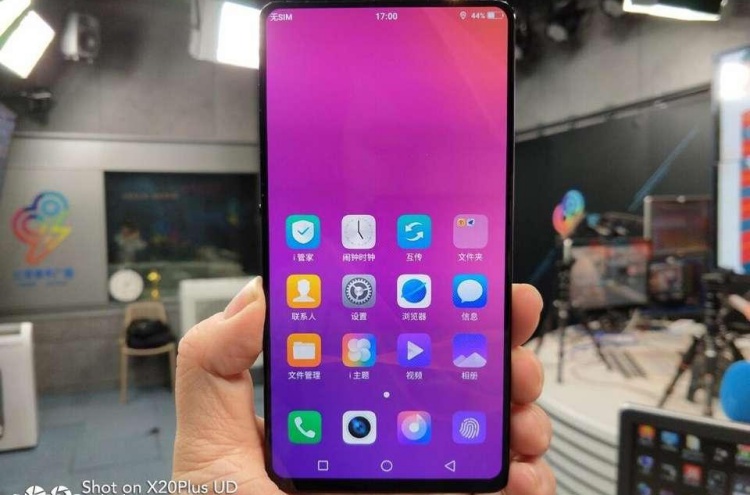 For the record, the lower-end, lower-cost Vivo NEX is expected to pack a hot new Snapdragon 710 processor, alongside at least 4GB RAM, 64GB internal storage space, and a more than respectable 3320mAh battery.

Meanwhile, the NEX S has been benchmarked featuring a state-of-the-art Snapdragon 845 SoC and a whopping 8GB RAM, which other sources say will be paired with up to 256GB local digital hoarding room, a massive 4000mAh cell, fitting 6.6-inch display, and a screen-embedded fingerprint sensor.

We’ll find out exactly how much the Vivo NEX and Vivo NEX S will cost in less than a week, but it’s probably best to prepare for the worst. The same goes for commercial availability, even in China, where only a limited number of nearly borderless units are likely to go on sale in the near future.