The big day is almost here, as one of the world’s most exciting new smartphones is officially scheduled for a June 12 formal announcement. That’s tomorrow, but we already know pretty much everything there is to know about the Vivo NEX, the commercial realization of an early 2018 concept that very few expected to see materialized so soon.

Vivo itself carelessly revealed two NEX versions last week, one with and one without in-display fingerprint recognition technology, and thanks to new benchmark records, leaked promotional material, hands-on photographs and even a brief video preview, we now have more details and possible specs. 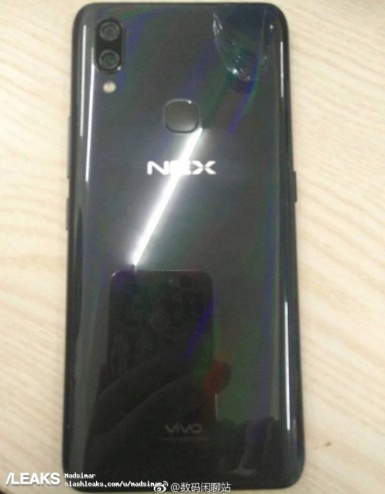 Rumor has it the Snapdragon 710 model will cost 3,798 yuan, which equates to a relatively affordable $595. The ultra-high-end Snapdragon 845 configuration should fetch around CNY 4,498, or $700, which also feels pretty reasonable for the most boundary-pushing “edge-to-edge” design yet.

The bezels are not altogether gone, but they’re crazy thin on both the Vivo NEX and NEX S, with no need for a notch or other intrusive screen cutout. It seems the two variants will share that unique pop-up (or “auto lift”) front-facing camera, while implementing different fingerprint scanning techniques.

The Snapdragon 710 SoC is expected to be paired with “only” 6GB RAM, while the 845 should get assistance from a whopping 8 gigs of memory for top-shelf multitasking. It’s unclear if “screen sound technology”, aka vibrations sent through the display without the need for a traditional loudspeaker, will be present on both versions. It’s also unclear if Vivo plans to release these groundbreakers outside of China one day.