The company has announced itself to the public, but is it truly ready for the spotlight? iQOO social media accounts look a little barren at the moment.
Published 13 February 2019, 23:15 ESTUpdated 06 April 2021, 10:25 EDT

The curious case of the Chinese tech manufacturer subsidiary has seen its latest installment and, in line with the industry’s global ambitions to expand from a contracting domestic smartphone market, this one can speak Chinese and English.

vivo, a sister company to OPPO which itself has two multinational brands — Poco and Realme — and cousin to OnePlus, has launched iQOO.The South China Morning Post’s Abacus unit got word from the company that it would be targeting “the most discerning and demanding demographic with the highest expectations of mobile phone performance,” leading some to think that vivo could be targeting gamers, just like Xiaomi’s Black Shark sub-brand or Nubia’s Red Magic sub-brand has.

Its first video on its newly-established Weibo account features an original rap with lyrics based off of what “vivo fans” are looking for.

But as this Taiwan-based account was started in November of 2009, there also remains a tweet from August 6, 2018, showcasing a 10-second clip of traffic somewhere in Beijing.

The text translates to “Beijing’s financial street is amazing. It’s said said Beijing practices martial law. When was there a tank?” We’ll leave that message open to interpretation. 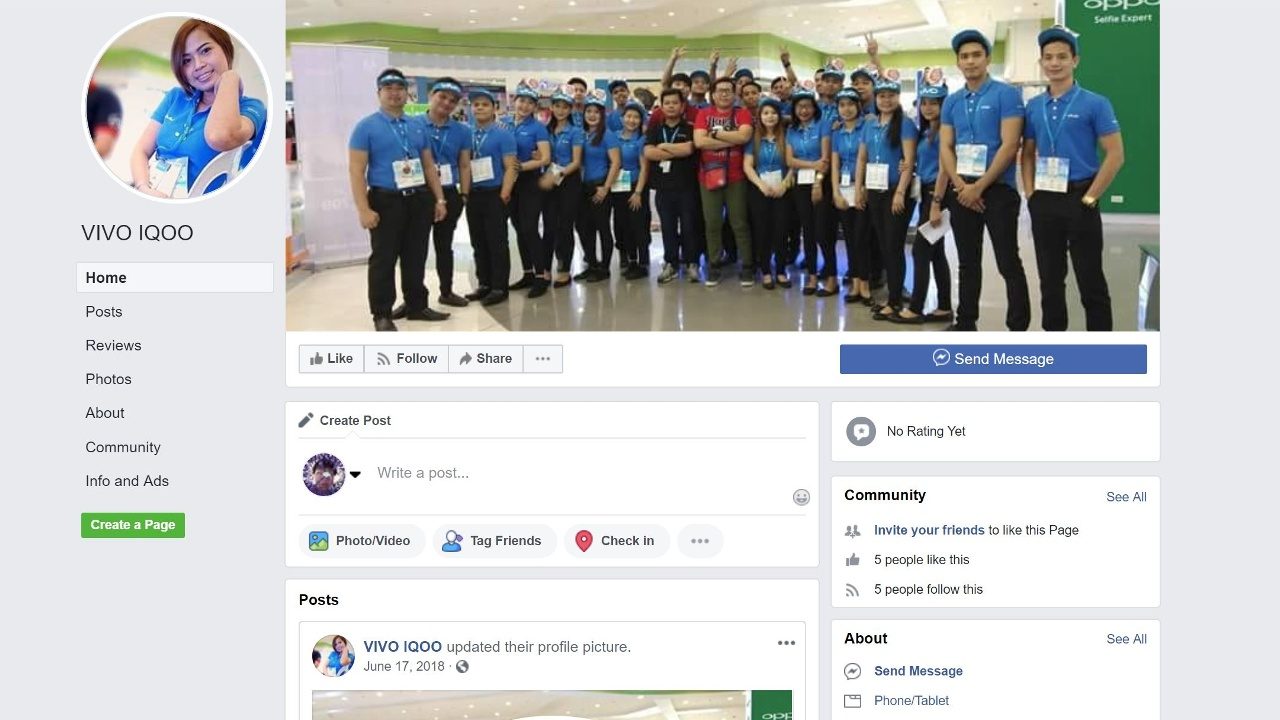 On a Facebook page named “VIVO IQOO,” a few images dating back to last June are the only things residing there. A few are of vivo staff at one of OPPO headquarters. There’s also one image of the vivo Y71 device coming from the vivo Philippines WeChat account. This indicates to us that the effort put into creating this brand has been many months in the making.

The iQOO website doesn’t feature any meaningful links other than one to a company inquiry database administered by the Chinese government. A copyright dating back to 2011 is owed to Weaver Mobile Communications. However, MySmartPrice was able to trace its domain registrar to vivo.

All in all, if this new project is to get off the ground, it will need the right presence on all social platforms. But if it’s meant to be an international tour de force, we’re certainly lacking that presence right now in all the usual places.