China-based vivo keeps the concepts going. It started with the NEX and its pop-up camera and in-display fingerprint sensor. Then came the APEX to bring all those innovations to the market. And we can’t forget about the NEX Dual Display Edition for obvious reasons. Now we’re talking about the APEX 2019. And it has more to surpass than just its near-bezelless display.

For starters, instead of a 30cm² pad, optical fingerprint sensing can now happen across a large portion of the display. Software enables the pixels surrounding the user’s finger to brighten up for optimal reading — suggesting that we’re talking about an OLED display. 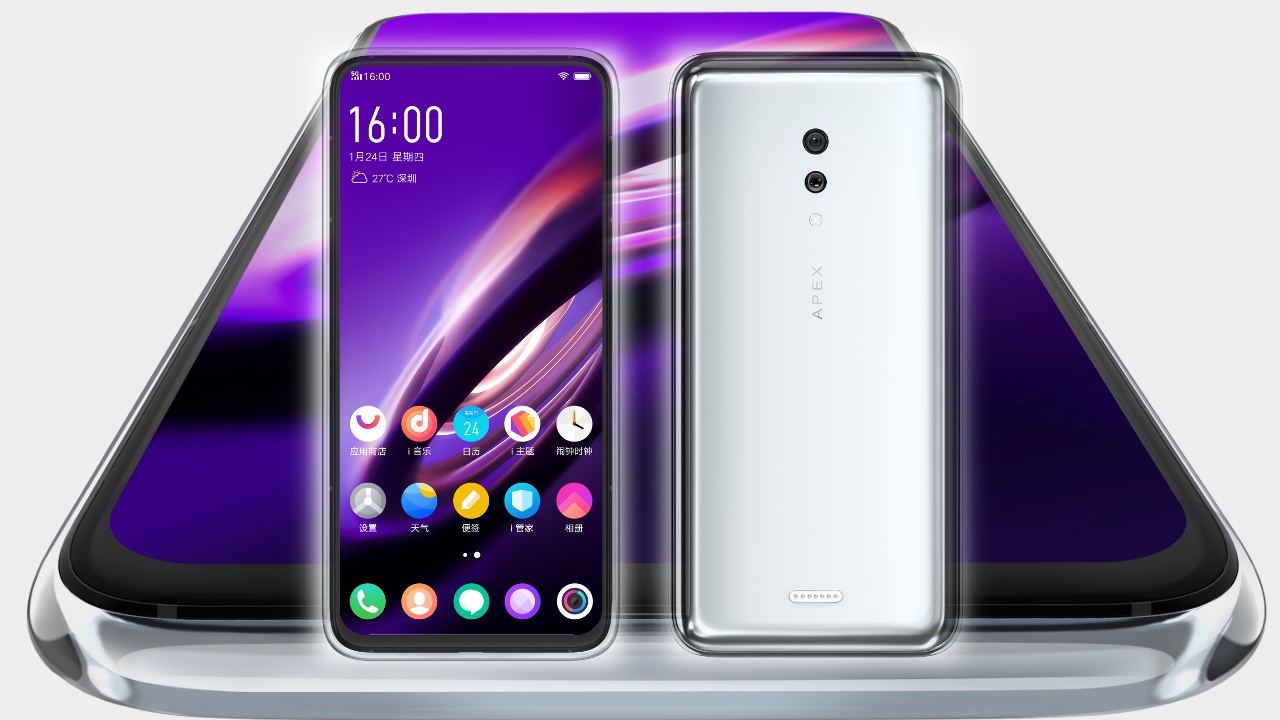 Around the rest of the unibody design, buttons have been replaced with touch and pressure sensors while the USB-C port goes away without a replacement hole — data and power transfers are done through a proprietary magnetic connection. The display is able to vibrate to amplify audio output. These and other decisions are intended to keep the APEX 2019’s profile as slim as possible. Even the PCB has been modified into a duplex to reduce its size by 20 percent.

More mundane details (if you can call them mundane) include the potential for up to 12GB of RAM and 256GB of storage, dual rear cameras and a pop-up selfie camera, plus the Snapdragon 855 processor from Qualcomm. The company talks about the APEX 2019 as being its “first 5G smartphone,” though it does not have a release timeline — it assures the press that the device will appear at MWC 2019, so we’ll be able to check this phone out in-person.

And who said 5G phones had to be monstrously thick?

It seems that the dream of getting a smaller notch may finally become real with the arrival of the iPhone 13, or at least that’s what we hope