Visible review: Freelancers can live on this $40 Verizon service

Verizons new sub-carrier service promises unlimited data with limited speeds. Will that limit what you can do for $40 per month? Not necessarily.
Published 17 March 2019, 19:00 EDTUpdated 07 January 2021, 00:41 EST

Corrections: We have corrected a few pieces of information from the original version of this article.

Verizon wants to talk to millennials and some of the Gen Z types. Those sorts of people want cell service that keeps them connected wherever they go with just enough speed for them to send updates to their secret Snap groups and post to their finstas at an affordable price. Also, they’re not particularly good with being on hold while calling customer service.

Kind of a two-dimensional picture, but it’s better than most marketing pitches I read.

Enter its new virtual carrier, Visible. It’s painted storefronts on a deep, stark blue, saying that a ‘404’ error occurred because the store couldn’t be found. It’s opened a pop-up store “for the grams,” even if it’s just for the finstas, where undercurrent artists performed live DJ sessions. Surely it’s gotta be fine as hell. 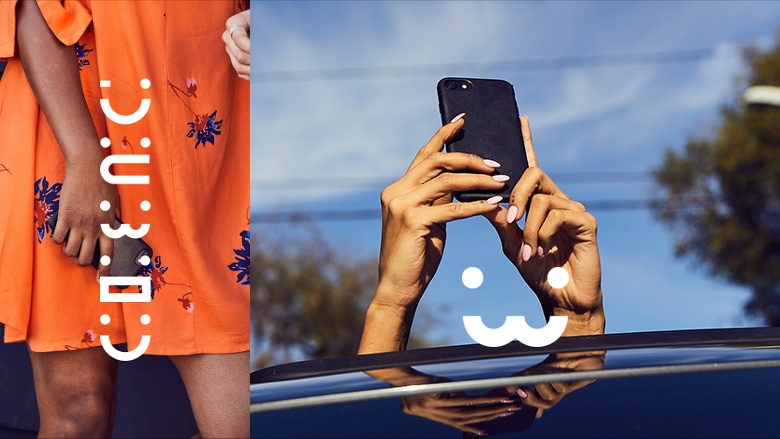 Besides the marketing and imaging towards the under-40’s, the premise is simple. If you’re familiar with AT&T’s prepaid carrier, Cricket Wireless, you’ll be familiar with the concept of speed throttling for general data use.

Here’s the plan: it’s $40 a month for unlimited talk, text and data at a maximum of 5Mbps. Visible references speeds for streaming video (up to 3Mbps for 480p resolution), video calls (2Mbps), social network browsing (1Mbps) and music (500kbps) as to how far those 5Mbps goes. Expect the occasional congestion management if you’re on a busy cell site. Yes, data does include mobile hotspot.

Unlike Cricket, though, there’s no pre-determined usage threshold where customers automatically get plummeted down to ridiculously slow speeds for the rest of the billing cycle. Visible tells me that its deprioritization policy is strictly a business decision, not meant to be an added traffic management measure.

All customers have to do to join is to head to Visible’s website and make sure they have a late-model iPhone (iPhone 6 or later or a Galaxy S9 or S9+ that’s not locked to another network. The company will overnight a SIM card at no charge. In lieu of BYO, customers can purchase a device from the network in one lump sum or pay for it through its financing partner Affirm on a 12-, 18- or 24-month term with zero interest.

There are no family or group plans available right now and we have no clue if or when they’ll come along, so it’s one line to a person and that’s that for the moment. Service is contract-free and can be canceled at any time, but device financing contracts with Affirm will still be active.

Visible will make it known to you that despite being owned by Verizon, you will not get customer service if you call Verizon, message Verizon or visit a Verizon store. The Visible app has means for users to schedule payments and ask for help. Representatives can be reached on Facebook Messenger, Twitter, through text and, if requested through any chat mediums, by phone. 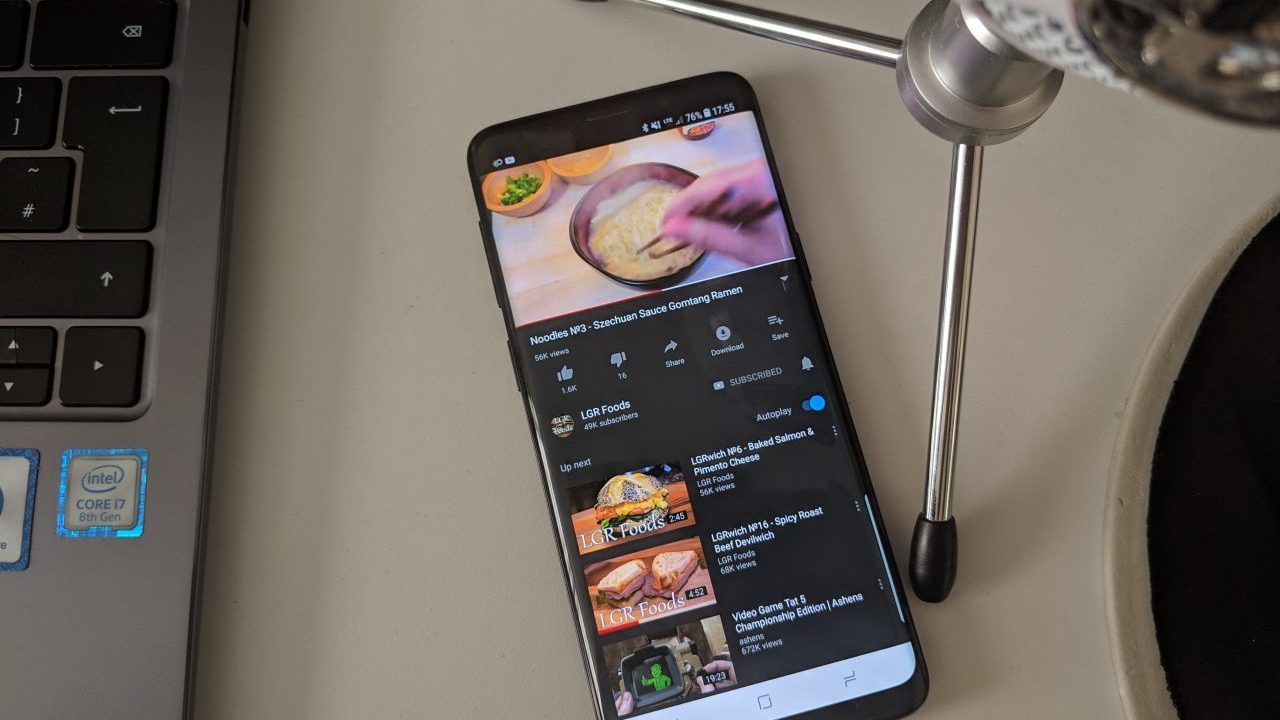 Time to get personal.

For all of my work, I take every opportunity I get to make the world my office. That means cafés, restaurants, malls, libraries and the odd park or plaza. Sometimes that means free Wi-Fi. For the past month, it’s meant using a Galaxy S9 that Visible gave me to test its service. It’s a nice hotspot.

I use our WordPress editing client to write stories. In any giving session, I’ll need to download pictures, sometimes video, and upload edited header images. Every so often, I’ll need to grab a screenshot from a streaming video, so that means letting the video load and run in 480p for a few seconds before forcing 1080p for the few seconds around the money shot. For that task, 5Mbps ain’t bad. However, if I end up live-blogging a major keynote like an Apple event or a Samsung Unpacked show, I would have to pull decent-quality screenshots at a much faster clip and I wouldn’t be able to do so at these speeds.

Many freelance gigs don’t usually involve a video editor who’s on the go at a moment’s notice having to download half a gigabyte’s worth of footage from the cloud, but I decided to go for gusto and bring down a 501MB file from storage. The video took about 15 minutes to recompose on my phone. Honestly, I should’ve been on the café Wi-Fi if I wanted to pull that sort of nonsense off, but maybe I don’t trust the network or the staff are being stingy with sharing the password. Perhaps I could just chill with some cold brew — unless my deadline’s crazy close, I’ll survive. Most of the time, even 100MB files get through under 3 minutes.

Visible’s cruddy secret is that the software that’s supposed to limit speeds to 5Mbps up or down isn’t at all perfect. It takes a little while for the limiter to kick in on the download side before settling on just above 5Mbps. For uploads, the limiter relaxes its grip and allows for rates approaching 7Mbps — in terms of raw numbers, it might not sound like much, but a 20 percent time savings can end up being a great deal.

Best of all, both up and down speeds are as or better than promised. That’s an important point because any major download or upload operation requires both a working uplink and a working downlink. Your device requests packets of data for the server to send, the other side sends that data over. In this case, no side is waiting on the other to perform its job before moving on. Other networks that tend to ply on download bandwidth to the detriment of uploads that take many seconds to establish and never seem to run above 100kbps generally do okay, but it’s not at all optimal.

The benefits of Visible’s loosey-goosey behavior is that I can sometimes stream YouTube at 720p. For short periods. Sometimes. 480p does just fine.

When speeds are capped to a fraction of Verizon’s maximum network capacity, the only real barrier to Visible being a useful service is coverage. So, I stretched my legs and tested Verizon’s reach from metro Boston up to northwest Massachusetts down through Connecticut and into the New York tri-state region. Except for a few woody areas through the Interstate 495 region north of Boston, I had very decent network access almost all the time.

If I’m not working on my train and bus rides, I’m just scrolling through webpages, social feeds and a few videos — I suspect that the majority of people using Visible will spend all of their time using their phone in this fashion. Based on the smoothness of the experience I’ve had, most people will be just fine. 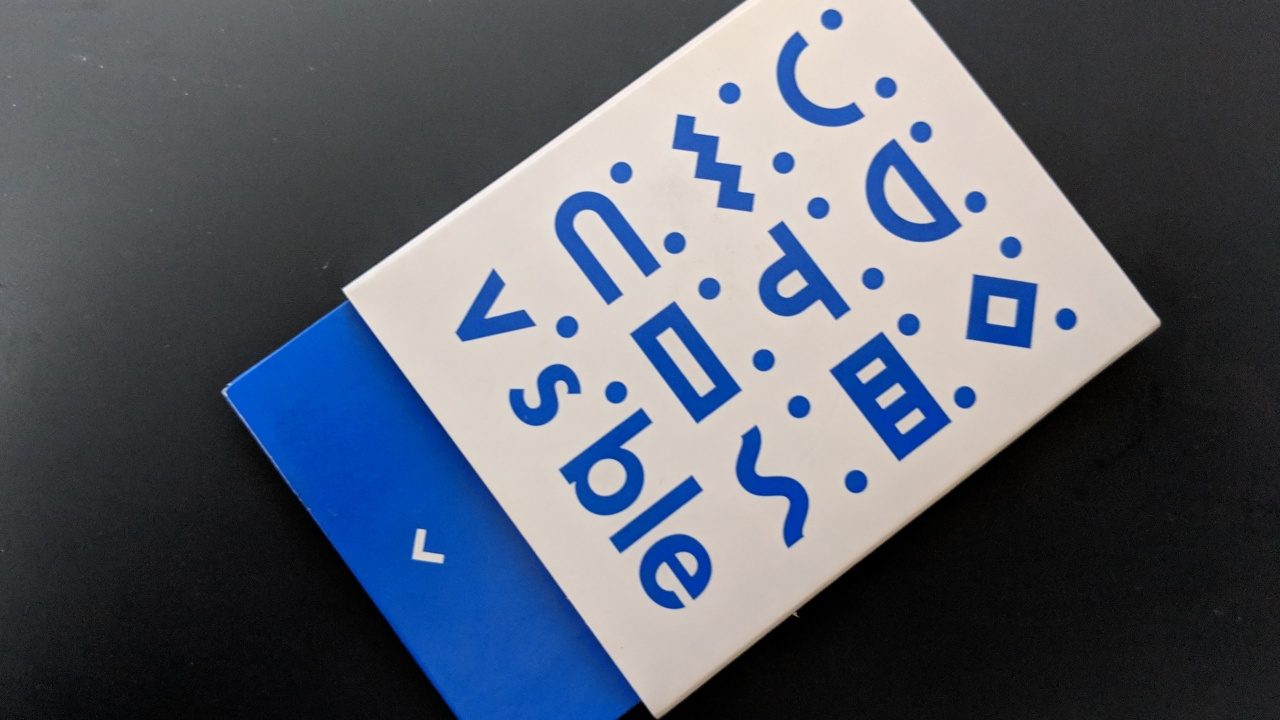 Visible is positioning itself as a very accessible ramp to one of the nation’s most reliable wireless networks. If you went to Verizon and asked for their cheapest unlimited plan, you’d be paying nearly double the cost every month. Oh, and you’d get a speed cap of 600kbps for that unlimited mobile hotspot use — a big step down from 5Mbps. Sure, you don’t get integrated international coverage, but even the company suggests that you should go with a local SIM card while abroad.

When it comes to expectations on how this network handles, you may be pleasantly surprised, even when it comes to transferring uncompressed media from device to cloud and beyond. Working for a web publisher, I was satisfied dealing with header images of 1280 x 720 and the occasional 720p streaming.

But if you need to be able to do that sort of work from practically anywhere, it’s the name brand backing of coverage and reliability along with a low-cost, value-driven approach that feels so novel when mentioning the word “Verizon.” I’d venture as far to say that Visible is probably Verizon’s most versatile product offering yet.

To those who feel they can’t live with speeds under 20Mbps outside of a LAN, consider trying this service out as a “detox.” For the rest of you, you’ll probably live and do well.