Vinci 2.0 is a more practical pair of cellular earphones

If you remember the Vinci 1.5 and didn’t buy one, you probably found the screens on a pair of Bluetooth headphones to be weird. This is not weird.

VINCI was a pair of over-the-head earphones with a touch display on each side. It was ferried out to the tech press last year as the first bastion of cellular-connected listening without the need for a phone.

On Kickstarter, the project received nearly a million dollars in funding. Alas, some couldn’t quite get with the notion of wearing obnoxious neon signs telling people to rob them — the kaleidoscope display effect certainly calls to people’s attention.

There’s less screen — less than an inch in diameter with bright AMOLED technology. It has a neck mount with linguine cords up to magnetically attracted earbuds with a 32-bit DAC from AKM pushing sound to 12mm drivers. One of those buds has a capacitive pad, enabling gesture controls for playback. There’s also a heart rate monitor for workout buffs to track their pace. Disappointingly, the unit isn’t IP-rated, just deemed sweat-proof.

Vinci 2.0 has 3G connectivity for calls, messages and direct audio streaming from Amazon, Spotify, SoundCloud. Wi-Fi and Bluetooth are also here, of course. And speaking of Amazon, its Alexa voice assistant as well as a device-native assistant are on-board with skills on skills to use.

The 660mAh is rated for between 6 and 8 hours of cellular playback, depending on if the in-built GPS is active and up to 40 hours on Bluetooth. It takes less than two-and-a-half hours to charge via charging pad.

A Kickstarter is on as of now with the device coming in three models: a barebones Lite with 8GB of internal storage along with well-equipped Pro and Super versions for 16GB and 32GB disks. 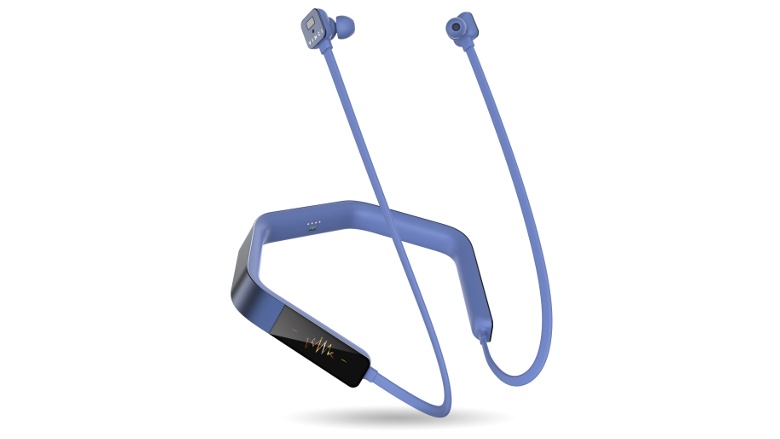 What both the Pro and the Super have that the Lite does not is eight profiles for noise cancellation.  The Super exclusively has a bone conduction microphone that should allow users to speak softly and still be heard in noisy environments.

Pricing for the Lite ranges from $79 on the Super Early Bird tier to $119 standard Kickstarter discount with a standard retail price of $149. The Pro goes from $129 to $209 with retail availability at $289. The Super jumps from $219 to $319 with a final price of $399. Perk deliveries are expected to start from June for the Lite models and go into the summer for more advanced ones.

Hit the source link down below to take a look for yourself.

These are not the rumoured true wireless earbuds from OnePlus, but more likely an affordable version on the existing OnePlus Bullets Wireless 2 earbuds.