The VerveOnes ME Review: VerveLife is taking some big steps forward and small steps back compared to its previous-generation Verve Ones+.
Published 14 May 2017, 10:30 EDT

Last year, I had the pleasure of testing out some truly wireless earbuds, the VerveOnes+, the Motorola-licensed earbuds from VerveLife. These earbuds offered the convenience of a wire-free Bluetooth listening experience, but had some connectivity issues, especially between earbuds. Verve is back with the VerveOnes ME (Music Edition). These new earbuds take a few big steps forward, and a few smaller steps back, so let’s take a look. 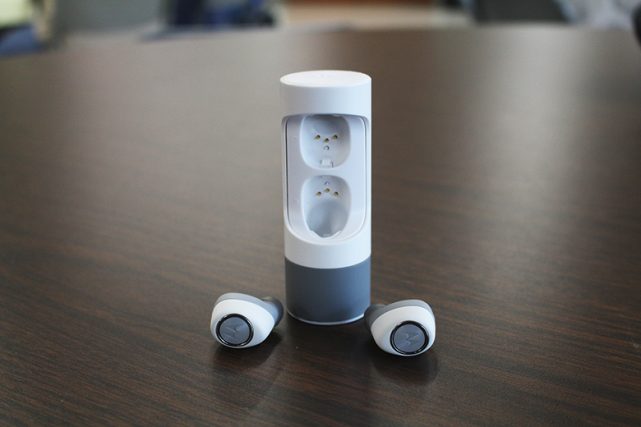 More of the same

The VerveOnes ME earbuds connect to your phone, and to each other, via Bluetooth. When you remove them from the case, and power them on – individually – they connect to each other and to your Bluetooth device pretty quickly. The carrying case is a charger, and between the batteries in the buds, and in the case, VerveLife claims you will get approximately 8 hours of listening on a single charge. That includes about two and a half hours from the earbuds, and you’ll get about three charges out of the charger.

Last year, this was a clever novelty. This year, with Apple’s new Air Pods in the mainstream, this has become a standard practice. It’s perfectly fine, but it obviously doesn’t allow you to get through an eight-hour work day. But the longevity will generally get you most of the way to lunch break, and a long time after lunch, so there’s that.

The earbuds themselves are a little chunkier than their Apple counterparts, but they’re about the same size as last year’s Ones+ and I can assure you, they’re plenty tiny. They almost disappear into your ear when you wear them. The charging case fits neatly, albeit a bit awkwardly into a pants pocket, but tucks away nicely in a bag.

The VerveOnes ME have fantastic range and quality sound across the sound frequency spectrum. Whether you tastes are in booming bass beats or high-pitch falsetto, these earbuds to a great job covering the spectrum of sound, perhaps even better than their Ones+ predecessors. What is certainly better than the Ones+ is the connectivity.

These earphones have rock solid connections both to your device and with one another. It’s rare that I find a set of Bluetooth headphones that maintain a good connection to our phone when it’s in our front pocket. These maintain that connection about 90% of the time. The only times I noticed connectivity trouble was when strolling through crowds – which I admittedly have to do when working in downtown Chicago. Regardless of the occasional disconnects, those were certainly the exception, rather than the rule. 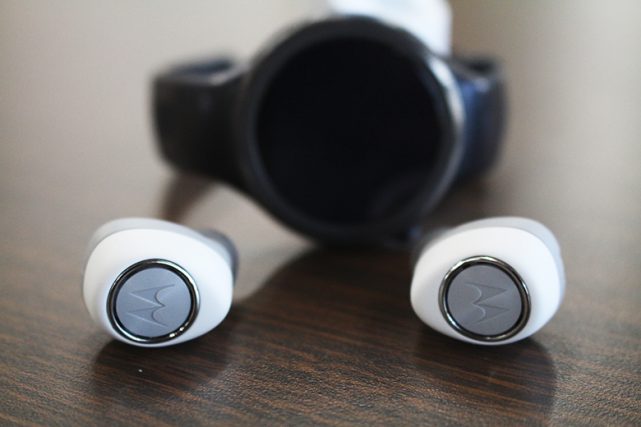 One other important note is that when both earbuds are connected and paired, audio is out of sync with video when watching on YouTube or Netflix. When you turn off the left ear bud, audio syncs ok – and thanks to my podcast partner Clifton M Thomas for that tip. What I’m pretty sure is happening is something like this: In the VerveOnes ME, the right earbud is basically the master earbud which receives the signal and transmits it to the other earbud. This results in a longer lag time since the earbuds are synced with each other and neither can broadcast sound until they both get the sound, so there is a delay. When the left earbud is off, there is no signal to relay, so the sound comes out right away, and syncs with video just fine.

This is an extremely simplistic way of explaining it, but it does the job. Bottom line – if you’re watching video, only use one earbud and you’ll be fine.

But, the VerveOnes ME are not without their compromises. In comparison to the previous generation – the Ones+, there is basically no software to be found in the Hubble Connected app. While the Ones+ included features like Battery level for the earbuds, plus options like pass-through (so you can hear the outside world with the earbuds in place) the only option available for the Ones ME is location. It’s handy if you lose them, but really only then.

The Ones ME really need to have a way of broadcasting how much charge remains. Several times during our review period, I would power them up, only to find that they hadn’t charged because the case was discharged, or the earbuds weren’t seated properly. Or they would have juice, but only last about an hour before getting the low battery warning. Of course, I had little warning when this would happen because the app didn’t reflect that information.

There is room for improvement in the software department, but overall I would rate these at a solid buy, if you’re in the market for water-resistant, wireless ear buds. They’d be great for a run (if I ran) but I still need another set of headphones at the office. I’m very happy with the strides the VerveOnes ME represent, and the steps back are very small steps back. But it’s also important to remember that the VerveOnes ME are $100 less than the Ones+, so losing a little bit of software might be worth it. At $149, these earbuds give you great reliability and great sound. `

The Messenger Rooms shortcut appears on the attachment tray and in the calls section, but it is only available to a small bunch of beta testers.