Seeing as how Motorola is kicking off the “no headphone jack” bandwagon, it seemed only appropriate that we cover its answer to the jackless phone – a Bluetooth headset. Motorola recently launched its Verve line of Bluetooth headphones and we wanted to take one set for a test run. We’ve been testing the Verve Ones+ for about a week and here is what we’ve found.

Once upon a time, a company called Motorola developed a Bluetooth earpiece called the Hint. The Verve Ones+ seem to be the next evolution of that device. These Bluetooth earbuds are tiny, and truly wireless. They also boast a 12-hour battery life – with a caveat which we will cover in a moment. There are two earbuds, which makes them a full-stereo sound experience. 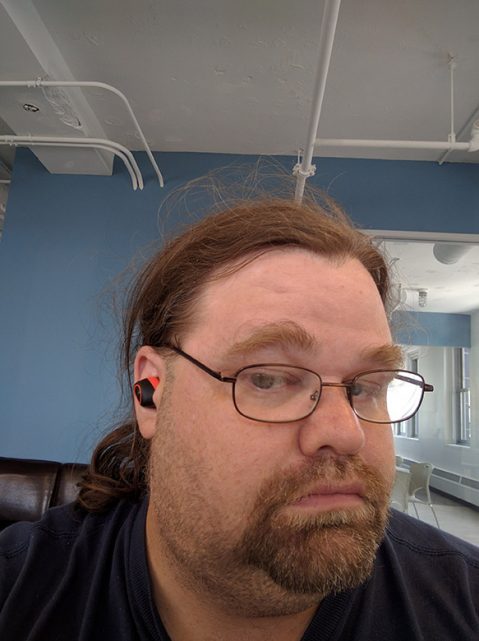 The Verve Ones+ are IP57 sweat proof and waterproof and did I mention they’re tiny? One of our coworkers talked to us for a full 30 seconds before they realized we couldn’t hear them. They’re that small.

The earbuds come with a compact charging case that swivels open and closed. The charging case can keep the earbuds powered for around 12 hours – for 3 hours at a time. There’s that caveat. Then again, I’m not sure I do anything for three hours, so maybe that’s not so bad. It’s remarkable though because throughout our testing, the ear buds always died at around three hours and nine minutes, regardless if we were listing to music, watching movies, etc. We appreciate consistency like that.

Our testing including pairing with a laptop computer, plus an iPhone 6 and an HTC 10, and the headphones performed the same for all devices. The earbuds have one button on each side, both of which can pause playback, or enter a menu of various audio settings. Everything from EQ to different modes can be accessed by the one button, though that certainly takes some getting used to.

The sound quality is very good with these ear buds. From the bassiest bass to the highest violin, these earbuds cover the entire spectrum very well. They have a very bright sound that can be altered with various preset EQs. Another fun feature of the earbuds is “Pass through” which allows you to hear sound around you while wearing the earbuds. This is particularly handy when a coworker is trying to talk to you for 30 seconds and you are between songs. However, this is not so great on a bike. You’ve been warned. Also included is automatic ear detection, which is handy, turning the ear buds off and on as they are inserted into your ears.

These features are controlled via the Verve Hubble app you can install on iOS or Android. This connects to the headphone to determine battery level in the earbuds, but curiously, the app only connects when the earbuds are in the case, not in your ears. I’m certain there’s a power-efficient reason behind that, but it makes it a little annoying to use. 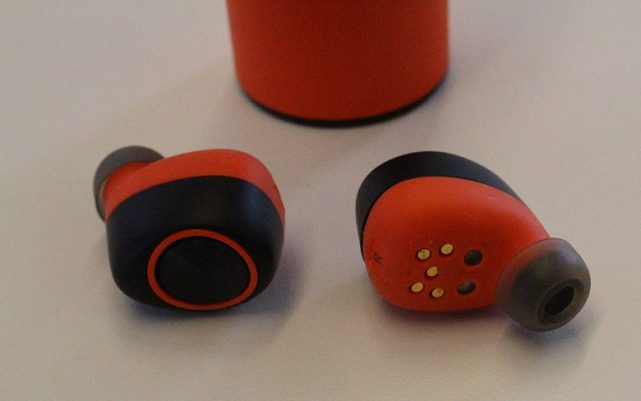 And then there’s Bluetooth

And speaking of annoyances, the earbuds can, on occasion lose the connection with your device, most often when ear detection is turned on and you take them out of your ears for a few minutes. Sometimes, the earbuds connect again on their own. Other times you need to insert them into the case and take them back out to “wake them up” and remind them that they’re supposed to be doing something. And there is one more annoyance that needs to be addressed.

These are Bluetooth earbuds, and as such they come with all the freedom of movement and ease of wireless devices. But they also come with the annoyances of the fact that they are Bluetooth. Now, don’t get me wrong, this is more of an indictment on Bluetooth itself, rather than these earbuds, but Bluetooth audio – especially Bluetooth headsets – is a miserable experience.

The Verve Ones+ come with a quick start guide showing the proper placement of the earbuds and the phone, specifically that the phone should be in the front left pocket to best align with the left earbud (which is the controller for the two). So we did that. And it sucked. Audio cutting out during both podcasts and music, well, sucks. If it didn’t suck, artists would do that intentionally.

Add to that, the fact that you now have two earbuds that are working via Bluetooth – one connection to the phone, and one connection to each other. Every so often – though admittedly not as often as I anticipated – audio would just cut out on the right side and then gradually fade back in. This had a tendency to be very disorienting, especially while walking. Even when the headphones were paired to my laptop – which sits on a table directly in front of me and never moves – the sound at times dropped. 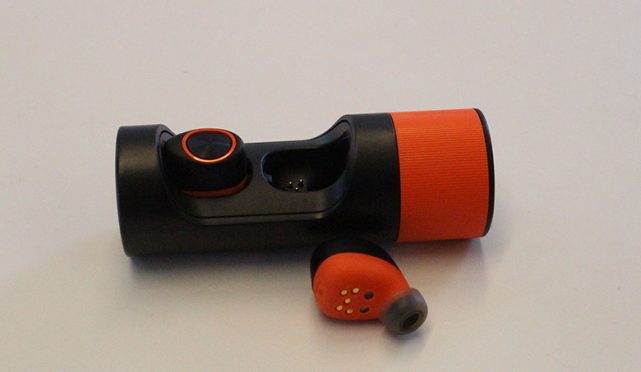 Again, this is more of an indictment against the Bluetooth standard, more than the Verve Ones+ themselves. They didn’t really cut out more often than any other Bluetooth headset, but I don’t imagine a workout would be very relaxing if Taylor Swift hiccupped every 76 seconds during your run.

All told, these are really nice earbuds, that can last a long time with the charging case. A constant stream of music at a day job is possible, if you take a break and charge during lunch. But they carry a pretty hefty $249 price tag which is really hard to justify, no matter how small they are or how long they last. But if you have a pocket full of extra income and want headphones that are completely wire free and have great sound quality, then the Verve Ones+ might be your next set of headphones.