Verizon adds on $20 fee to upgrades, even from the iPhone Upgrade Program

Verizon doesn’t care how you upgrade your phone if you buy from the company or through the iPhone Upgrade Program. You’re paying $20 for it.

It’s said that Verizon has the most cellular subscribers in the country because of its astounding performance and coverage. Barring the marketing wars between the tier-one carriers, the ‘ol checkmark would always want a little more money beyond the filled treasure chest it has — $131.6 billion in FY2015 — from charging some of the highest service rates and fees to maintain, improve and expand that coverage. 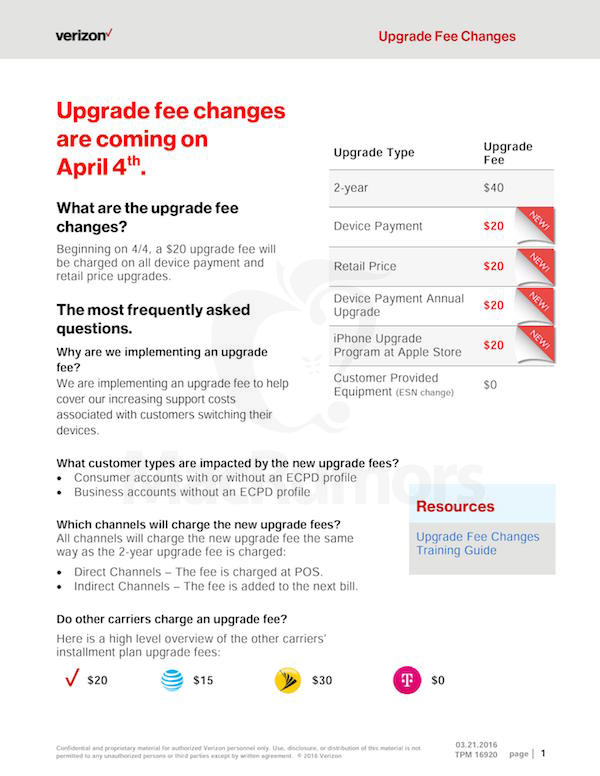 So goes the ploy as the company is to announce a $20 upgrade fee on phones purchased from Verizon through an installment plan, annual upgrade plan or at full retail price. The internal memo as obtained by MacRumors says Big Red also will tack the $20 fee to switches made with the iPhone Upgrade Program. Upgrades from two-year agreements continue to have a fee of $40 while a customer-provided device has no fee to upgrade.

They say that you pay for a privilege. But on top of your already-massive bill, is upgrading your phone really a privilege? We’ll see on April 4.

Source: MacRumors
Via: The Verge