A day in the life with a giant phone

When Anton didn’t immediately scowl at the thought of using an 8-inch tablet as a phone replacement, I called him crazy. I literally thought he’d lost it. The point of a cell phone – for portable communication – is completely negated by substituting it with a device that doesn’t fit in your pocket.

And when he got the Fonepad by ASUS, actually liked it and didn’t change his mind like I thought he would, and scored it as an impressive (for a tablet) eight out of 10 in the review, I was fully convinced Tony had gone off the deep end.

Exactly one week ago, I received an email from Brandon, informing me I would be receiving the Samsung Galaxy Mega 6.3 in the mail on Monday and that I would need to immediately start the usual process – unboxing, comparisons, and full review.

I immediately recalled my reaction to the official announcement back in May and groaned a little. I was excited to actually get the device in my hands and use it – to put it through the paces. But the thought of carrying s 6.3-inch smartphone for a week? Ludicrous. I was going to have to walk in Tony’s shoes for no less than seven days, and work through the idea of the feasibility of a seriously giant smartphone … objectively. (That one’s for you, Michael.)

Monday morning, literally as soon as Brandon emailed me to jump on the Google+ Hangout for the WWDC edition Pocketnow Live, the FedEx guy arrived and dropped off the Mega. I unboxed the behemoth on air, powered it on and spent no more than five minutes with it that day.

My initial reaction hadn’t changed any. It was simply too big to be considered a phone, to be carried as a daily driver for anyone in their right mind. I packaged it up and didn’t open it again until the re-unboxing the next day. I spent the better part of Tuesday setting up the phone, tinkering with it, digging through all the settings and features, and playing games.

By that night, before the comparison with the Note II was finished, my opinion had changed – not just a little, not some. Entirely.

No the specifications aren’t the greatest – but I explained a few weeks ago that specs don’t matter nearly as much anymore. And, yes, it takes up almost my entire pocket in my loose cargo shorts with deep pockets. But I love it. It is seriously an awesome device, and it’s what I’ve considered the Note II to be all along: the largest possible mobile display that still fits in your pocket.

But enough of that for now. How is using it for a couple days? How it typing on it? Making calls? Taking pictures? What are the people around me saying?

I can’t say, conceptually, using the Mega 6.3 has been all that different. I’ve been using the Galaxy Note II off and on since September, and I’ve been carrying an iPad mini since February as a secondary device. In terms of size, the Mega rests perfectly between the Note II and iPad mini, and it’s easier to type on than both. The aspect ratio on the iPad mini makes it awkward to type on in portrait, even with the split thumb keyboard, and it’s not quite large enough to comfortably type on like a smaller hardware QWERTY. The Mega is still narrow enough to type on comfortably with my thumbs, plus it offers additional space around individual keys to help avoid hitting the wrong soft button.

Applications display more content, thanks to the lower DPI (dots per inch) value. Instead of being like the Note II, which simply stretches interface elements to match resolution on a larger panel, the Mega better utilizes the extra real estate – more content in the browser, more pictures in Gallery, and more podcasts in Pockets Casts.

Making calls on the Mega 6.3 does tend to turn some heads, and it feels a bit strange at first. No, it won’t fatigue your arm any more than your standard phone would. But it does make some people ask what about you’re using.

No one really asks about the Note II anymore when I carry and use it. After being around for a while and being marketed like its going out of style, the Note is just another phone to most people know; the idea of a 5.5-inch phone is no longer as crazy as it once was.

Unsurprisingly, the size of the Mega 6.3 captures the attention of passers-by. The ironic and humorous part is that most people who have stopped me to ask about it have also asked, “Is that the Galaxy Note?” And every time, all I had to do was pull the Note II out of my pocket and watch their jaws literally drop.

With tons of predecessors that were also considered entirely too large (HTC Titan, anyone?), the shock value of the Galaxy Mega isn’t what it would have been, had it launched a year or two ago. People are no longer floored by Samsung making 6.3-inch phone, but it’s size is still bizarre, ludicrous, excessive, and mind-numbing to some.

The part that has blown my mind so far is the number of people who actually like the Mega 6.3, who have told me they would actually want one for themselves. I showed the Mega 6.3 an iPhone user who previously told me he wanted a Note II. He had two things to say: “Wow, I have to get me one of those,” and, “Can I take a picture of it next to your iPhone?”

Another friend, a travel writer and photographer, said he would honestly like to try the Mega to see if it could replace his tablet, which he uses to display some of his pictures to friends, family, clients, etc. He said he would buy one on one condition: if they make a belt clip for it. (I jokingly told him it’d be like wearing a sheathed sword on his hip, that he’d have to move it out of the way to sit down.) 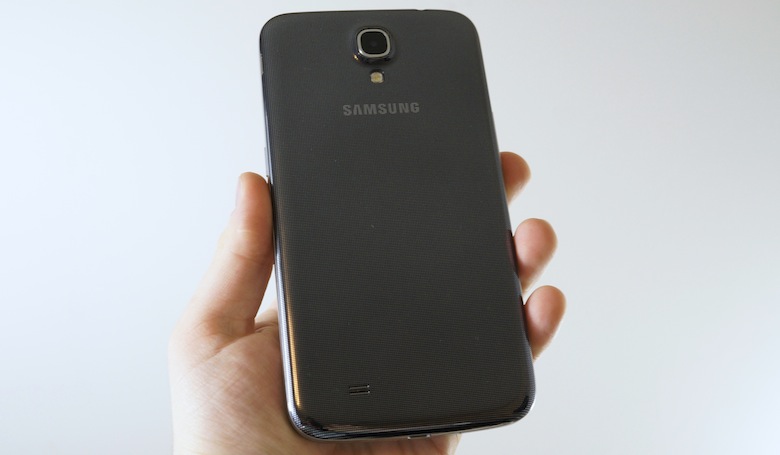 Do I imagine the Mega 6.3 could be an inconvenience at times, that having a phone that is almost a completely two-handed phone might be impractical in certain scenarios? Absolutely. But my biggest complaint with most 7-inch tablets and the iPad mini is that they simply will not fit in my pocket. I switched to a small tablet for the added portability and extra display real estate earlier this year, but could rarely carry one with me, especially now that it’s summer and I can’t wear a jacket everywhere.

This 6.3-inch phone is a nice (yet not quite perfect) balance between the two. And adjusting to the extra size after carrying a Galaxy Note II really hasn’t been all that difficult.

Even though it isn’t the most powerful smartphone ever made and the display is far from the best, it’s exceptional for multimedia, productivity, communication, and gaming. It’s like … a pocket cinema.

Ladies and gents, tell me, is the Galaxy Mega 6.3 absurd? Are Tony, the people I’ve shown the Mega 6.3 to who actually liked it, and I crazy? Or is Samsung on to something here? (Seriously, try one before you knock it.)

We could soon get Apple Music bundled with Apple TV+ and Apple News, or that’s what the latest information suggests