Is a user defining app permissions a good thing?

Android M allows users to define what app permissions are allowable and what are not. Is this the best idea, or will it lead to confusion in the long run?

At Google I/O, a virtual standing ovation erupted from the crowd when Google announced that Android M would include a user’s ability to determine their own app permissions. ZOMG! Woot! This has been a long-requested feature that as actually been available in some Android builds, most notably the Blackphone. Finally, users will be able to decide just what an app will be allowed to do and what it can’t do. 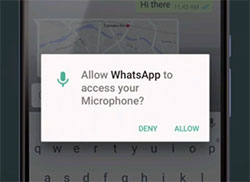 After all, it’s your phone. Why shouldn’t you be able to control what it does and does not do. If you’re an Android fan, you are no stranger to customization and making a phone your own. So giving users the ultimate control over the software they install seems to be the last logical step. Some may wonder, what took so long?

I personally have a few questions about how those permissions will work and how great an experience it will be. I expressed these concerns during the latest Pocketnow Weekly podcast.  But overall, this is the type of control that a user needs for peace of mind, data security, and the like.

Did you get the message?

Remember how the world freaked out at Facebook messenger?  Legions of “experts” from news outlets to radio hosts helped the general public douse their drawers at the mere thought of installing a chat app. There were questions about why a chat app would need to access the microphone, the network status of the phone, etc. just so you could send stickers to your BFFs. This step finally solves this problem and that entire crisis could have been avoided.

But consider this. The reason radio hosts were freaking out about this was for exactly one of two reasons:

1. It was sensationalist BS
2. They had no idea of actually why those permissions were actually needed.

It’s the second point that I want to address here. This “crisis” speaks volumes for exactly why a user should not be able to control permissions demanded by an app. Because in general, the general public has no flipping idea why an app might be requesting those permissions in the first place.

Have to ever had to talk a relative through cleaning up their computer, clearing off space, etc? Ever know anyone who got a little too trigger-happy in the Add/Remove Programs section of the Control Panel? If not, you’re freaking lucky. In my 12 years of technical support at my various day jobs, I have encountered numerous users that have said “I don’t know what this is. I’m getting rid of it” and subsequently killed their computers.

If you know what it is, and you know for a fact that you don’t use it, you can remove it.

I’ve forgotten how often I said this throughout my career

What you don’t know can and often does hurt you.

So why would a Facebook Messenger app need to be able to access my microphone and camera? So Facebook can spy on me? No. It’s so you can send photos and voice messages to your friends.

Well then why do they need to access my network status? So they can turn off Airplane mode whenever they want? No. It’s so Facebook messenger can broadcast whether or not you’re available to chat. 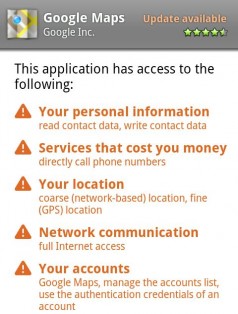 If Google wanted to make a real difference in app permissions, it should have allowed a text field where a developer can input why it wants and in fact needs permission to access what it needs. That would allow a user to make an informed decision as to whether or not this is the app for them. Yes, a user may be more contextually aware of why a permission is required based on their actions. If I try to send a photo, and Android informs me that Facebook Messenger needs access to my camera, I can infer that cause and effect. But the general public? Fuhgeddaboudit.

“A person is smart. People are dumb, panicky animals and you know it.”

Giving people the ability to turn permissions on and off is inviting users to use broken apps. And complain to developers about broken apps. Let’s see how much of a standing ovation a social media app developer gives this choice after answering the 7,000th “Why doesn’t your app update my status” email. Not so many I suspect.

Ok, Pocketnow readers and fellow debaters. I give it to you. Now remember, I’m not talking about you. I’m talking about the average “8 out of 10 smartphones last year shipped with Android” users. Is this the best thing since digital sliced bread, or is this a disaster waiting to happen the next time Facebook updates its messenger app? Sound off below, and lets see if we can figure this out.