Read more about the main differences between USB Type C, and Apple’s Lightning Connector in a quick showdown for those of you interested in a switch
Published 05 February 2016, 16:12 EST

Sure we have wireless charging and cloud data back ups, but we still rely on cables for a lot of our power and data management. iOS users went through a connector transition several years ago, moving from the wide, flat, 30 pin dock connector to the smaller lightning connector. Now the rest of the smartphone industry is migrating to USB Type C. Which cable design offers the better feature set? Which connector has more longevity? Can we call something a “standard” when certain companies remain holdouts? 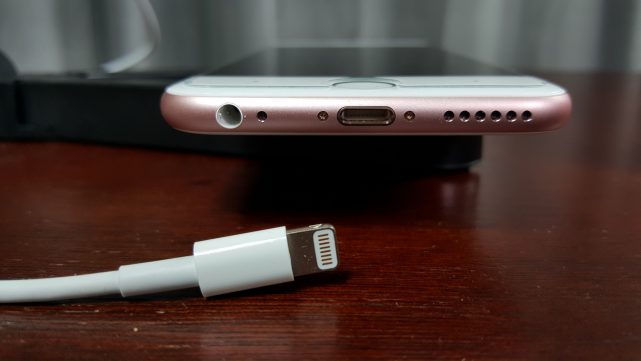 Apple deserves a lot of credit in being the first to transition to a smaller connector design, and being first to market with a reversible plug. I can’t say I’ve ever understood why full sized USB is a rectangle which could only be inserted in one direction. While Micro USB has an asymmetrical shape which better communicates which side is “up”, phone manufacturers position that port in different orientations, and it still requires a little more attention to properly plug it in. Apple handily avoided that issue.

Moving forward, new Android and Windows devices (like the OnePlus 2 and Lumia 950 respectively) will start using USB Type C. This connector isn’t smaller than Micro USB, but it introduces one standard port for both phones and computers. Soon it won’t matter which side of the cable you use or which orientation you insert the cable.

Both cables might be reversible, but the cable designs are opposites in how they connect to other computing devices. Like Micro USB, USB C cables receive the pins from a tab built into the port in your phone. Lightning cables are tabs with exposed pins. The ports on iPads and iPhones are simpler receptacles. The difference between these two designs marks the difference in where we assume wear and damage might occur. USB C’s design protects the pins and connectors on cables, but there might be some durability concerns over the tab inside a device. I’ve never personally experienced a broken Micro USB port, but it is entirely possible, even with a thicker connector than Micro USB, that the internal tab could be damaged. Lightning cables might have more issues with dirty exposed pins or damaged wiring, but it’s less likely that stresses on the cable will lead to a damaged phone port. 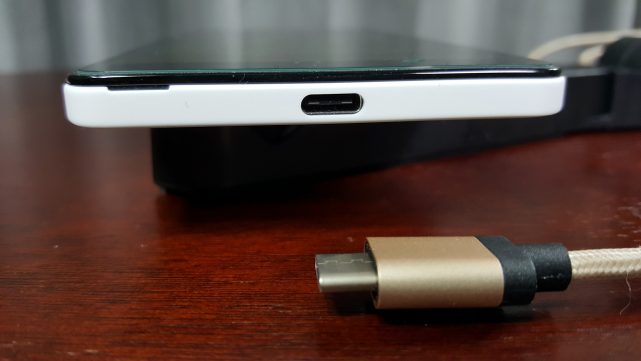 Apple does seem to have an issue with cable quality though. There are numerous “tips and tricks” posts around the web for reinforcing iPhone cables (my favorite trick is utilizing a pen spring), and Apple has been served with a handful of lawsuits since 2012 over cable durability. Frustration is understandable when Apple charges $30 for a two meter cable. USB Type C is the new kid on the block, but it’s already easy to find high quality cables for less than what Apple charges.

Both cables support beefy specs, but it’s up to manufacturers to support those features. We know the Lightning connector can handle higher wattage and amperage because that’s what an iPad demands to charge its larger battery, but Apple still ships the iPhone with a 1 amp charger. The iPhone also doesn’t seem to fully take advantage of USB 3 data speeds.

USB C supports the full bandwidth of USB 3.1, taking us up to a 10Gbps data transfer rate, but phones like the OnePlus Two only support USB 2 data transfer speeds up to 480Mbps. Power management shouldn’t be an issue moving forward though as the cable is specced to support charging laptops. Phone and tablet fast charging features should be well supported.

Will we ever have a standard? 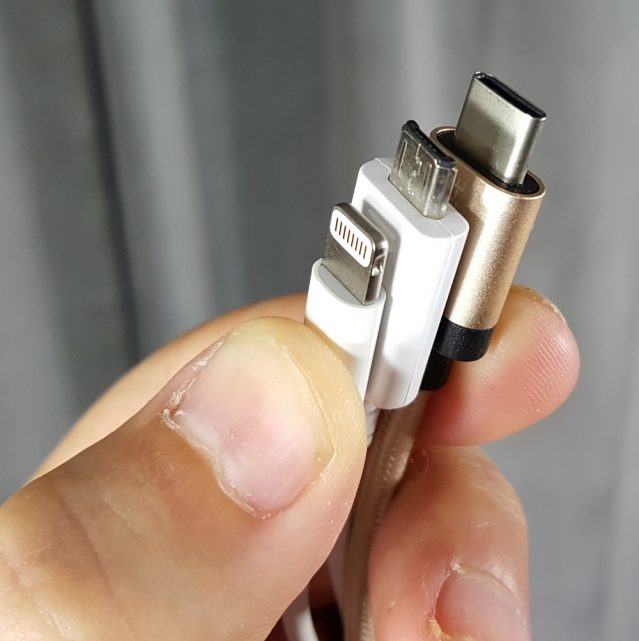 And by “standard” I mean “one cable to rule them all”. I don’t think it’s a certainty, but there is potential. Apple has a lot invested in Lightning, but USB C is incredibly flexible. The connector is even able to pull double duty to support Thunderbolt connections. USB C was the single connector chosen for all peripheral and charging activities on the newest MacBook, and as Apple is making the claim that our iPads can be productivity devices, a standard connector across all devices makes some sense. I think it would be unlikely to see a shift on the iPhone 7 and 7S, but swapping the iPhone 8 connector alongside an iPad Pro 3 could make for a nice bit of product synergy.

That’s three years though, a long time in the world of mobility tech. Will cloud and wireless charging improve to the point where we aren’t concerned about what cables our phones and tablets use? Will another “standard” arrive throwing a wrench in these plans? Drop us a comment below with your thoughts.

Today’s best Moto deals come from Motorola and Amazon.com, where you will find the Moto Razr and several more devices on sale

Here are some of the best case options available for iPhone 13 Pro Max!

In this list, we gathered some of the best and most trustworthy brands we could find…

Here are some of the best case options available for iPhone 13 mini!

It seems that the new AirPods 3 are water and sweat proof all over, as their MagSafe…