The number of Snapdragon 835-powered Android smartphones continues to grow and will metaphorically blow up over the next few months, but that doesn’t mean a device like the LG G6, with its “outdated” Snapdragon 821 processor in tow, is completely undesirable.

Not when it’s so pretty, compact and robust, metal and glass body, super-slim screen bezels, water resistance and all. Besides, its plentiful 4GB RAM and neatly optimized software make it almost impossible to notice a performance disadvantage compared to, say, the Samsung Galaxy S8.

What’s easily perceptible is the pricing gap between the two, especially if you choose to buy the LG G6 from T-Mobile, eBay or B&H Photo Video. The latter retailer and e-tailer has just further discounted both the unlocked phone by itself and in a nice, advantageous kit also including the LG Watch Style.

Great timing as well, since T-Mo recently pulled the BOGO plug and Best Buy is back charging $20 a month for two years with Verizon or Sprint installment plans, amounting to $480. 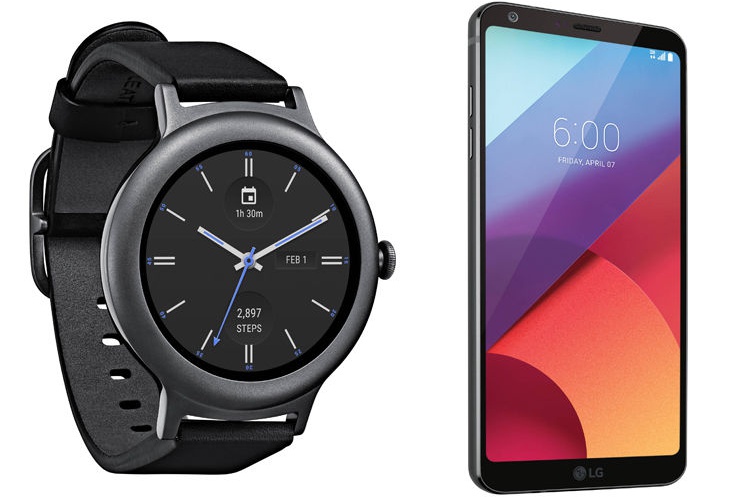 Meanwhile, B&H lets you pick up the US997 model in black or platinum at $549.99, down from a $700 MSRP. That’s the official US unlocked variant, mind you, fully compatible with both GSM and CDMA carriers, LTE support and all, rather than “international” SKUs available for less on eBay with limited regional connectivity.

For just 50 more bucks ($600 total), B&H throws in an Android Wear 2.0-running Watch Style in your choice of rose gold, silver or titanium colors, which is also quite tempting, given the wearable’s standalone $180 price at Best Buy right now.

Amazon teaser page for the device has listed its price. The Amazfit Bip S will be priced at Rs 4,999.