Many wondered if a Galaxy S5 Active would happen this year. It did and Samsung pulled no punches. Read why we’re excited about the Galaxy S5 Active!
Published 30 May 2014, 17:30 EDT

With the water-resistance of the Galaxy S5, many were wondering if a Galaxy S5 Active would happen this year. Of course, those doubts were silenced when a series of solid rumors and very convincing leaks made their way around the Web.

As of this morning, the Galaxy S5 Active is official and available for purchase from AT&T here in the States. But why does it even exist? Does it need to?

We were all a bit confused when rumors of the device surfaced following the Galaxy S5 announcement. Considering the inbuilt ruggedness of Samsung’s flagship, the Active seemed somewhat … pointless. Unlike last year, where the Active brought water-resistance and dust-proofing to a variation of the Galaxy S4, the Galaxy S5 comes out of the box with an IP67 certification.

Last week, I wrote about the rumored Galaxy S5 Active and mentioned some things that could possibly justify the need for the variant. 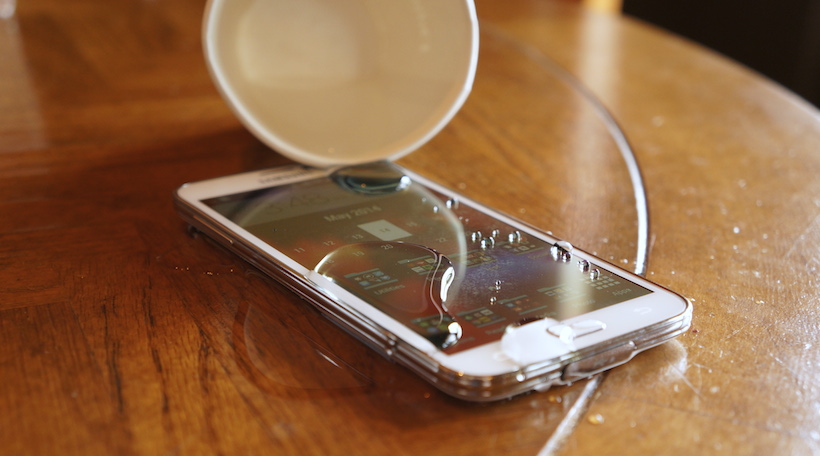 This year, Samsung stepped up its game. The Galaxy S5 Active is a true rugged edition of the Galaxy S5. It has a 5.1-inch 1080p Super AMOLED display, 2GB RAM, 16GB fixed storage with a microSD card slot for up to 128GB, 16-megapixel rear camera, Snapdragon 801 SoC with a 2.5GHz Krait 400 CPU and Adreno 300 GPU, and a 2,800mAh battery. For all intents and purposes, it’s a Galaxy S5 in a far more specialized casing.

I also suggested this year’s Active should come with more premium materials, military-grade materials even.

At the very least, it comes with MIL-STD-810 certifications for resistance to salt, dust, humidity, rain, vibration, solar radiation, and thermal shock. It’s also shock-resistant, meaning it can take a bump or two without too much damage. The plastic doesn’t look cheap or flimsy and the sides and back are made of – wait for it – metal.

The Galaxy S5 Active is effectively what those seeking a ruggedized smartphone have been longing for all along. 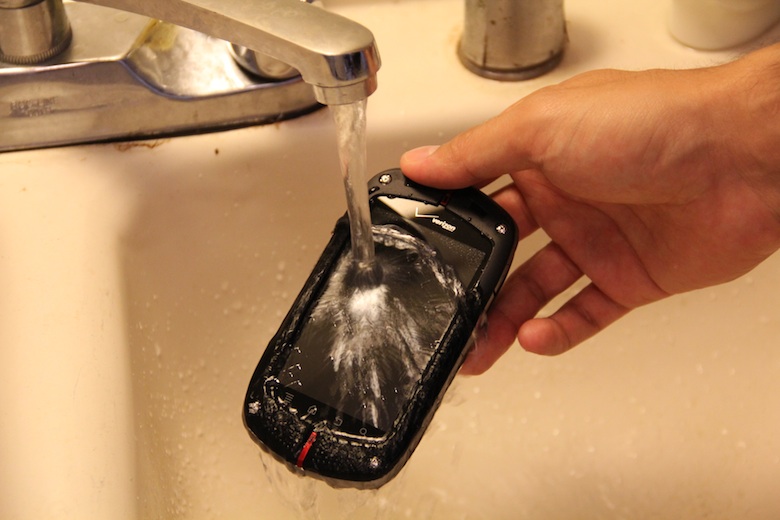 Back in July 2012, our own Michael Fisher wrote a piece titled Durable phones shouldn’t have to be crappy phones. He was right. To date, most durable or rugged phones have been far behind the competition, low-end, and … well, ugly.

Rather than deal with low-end garbage – just because it could withstand a bump or a swim – it was easier for most to just deal with a high-end smartphone stuffed into an Otterbox or LifeProof case.

A million different reasons might explain why they always lagged behind other, high-end phones. Size and weight, for one, is always an issue. And newer, larger displays and other components are inherently fragile. Components have been getting increasingly thin and lightweight, raising durability concerns and making said rugged phones an even larger feat.

The Galaxy S5 Active is exactly that – a feat.

Instead of some crappy offshoot of the Galaxy S5 with little more in common than the name, the Galaxy S5 Active is actually a nice looking smartphone. It has all the right specs, it’s made of even nicer material than its non-rugged sibling, and the only thing it’s missing is the fingerprint scanner, which we imagine most won’t lose any sleep over.

It even gets an extra physical button to boot, called the Active Key. It’s a customizable hardware button which you can tie to a number of shortcuts or apps, based on short or long presses.

While this year’s Active is as close to a no-compromise rugged smartphone as we’ve ever seen, there are some remnants of older devices, like the physical navigation buttons and its bulkiness. It’s 25g heavier than the standard Galaxy S5 and marginally larger in ever dimension. Such discrepancies are inevitable. And the physical navigation buttons aid in usability when the phone may be wet – even with a small amount of water on the digitizer, capacitive input goes haywire. With physical buttons (and the Active Key), you could theoretically open various applications underwater and still have basic control over the phone.

Frankly, I like the appearance of the Galaxy S5 Active more than the original S5. It’s ruggedness is charming. It looks grippy, sturdy, and distinct, whereas the standard Galaxy S5 looks bland and forgettable.

It may not be the most incredible phone to date, but I’m definitely more interested in it now than I was, and I’d certainly be more inclined to pick this version of the Galaxy S5 up than the standard Galaxy S5.

What say you, folks? Is this Active variant a win for rugged smartphone buyers? Or are you unimpressed?

The India release date is yet to be revealed.

It can connect to TV using the HDMI port and turn it into a smart TV.