A recently uncovered patent filing reveals that LG is at least considering the idea to equip future smartphones with a triple-selfie-camera setup.

LG has filed a patent for a triple-selfie-camera smartphone, as revealed by the image below, used by the Korean company in its application at the Hague International Design System. The back of the phone looks pretty much like the LG V50 ThinQ, and the V40 ThinQ, which was actually the first triple-camera LG smartphone.

What it is exactly that these cameras will do, if they ever make it on a smartphone, is yet unknown. However, it is possible to speculate that the same principles applied to the main/back camera system could be used here as well. In that case, we could see a normal camera, a zoom lens, and a wide-angle lens. It is also possible that, since a zoom lens on the front makes little to no sense, we’re looking at a regular camera, a wide-angle lens and a ToF sensor for depth information.

At this point this is just speculation on a patent filing which might or might not make it to a commercially available product. 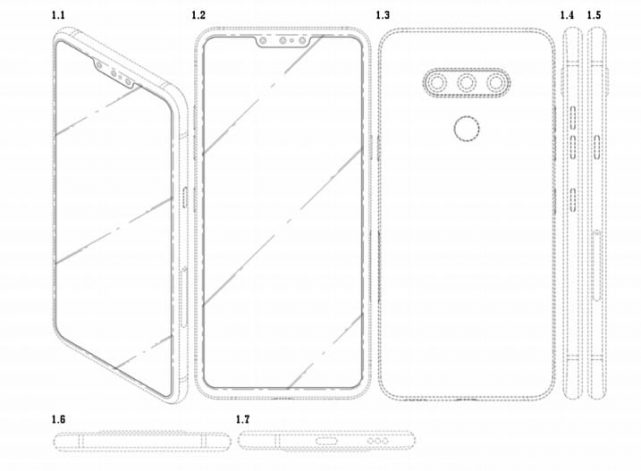