Why I never want to touch my phone again

Siri, Cortana, and Google Now could all combine to bring voice control into the mainstream making it feasible to never have to touch my phone again.
Published 02 April 2014, 11:00 EDT

Update: The original edition of this article misidentified Android Wear as “Google Wear”. This has been corrected and the author has been appropriately flogged.

That headline has multiple dimensions to it. Sure there are a number of concerns involved with touching your phone. Safety, for example. Texting and drive and the death and mutilation that can occur is one such example. Hands free devices are always preferred when navigating a 2000 lb box of death at 55 mph (ya know, give or take) on the highway. There are also health concerns. Lately, your cell phone has been compared with toilet seats. Toilet seats have been found to be relatively clean compared to the cesspool your hold up to your face while chatting with friends and loved ones.

But that’s not what I’m going to write about because as fun (and, you know, vomit-inducing) as those things are, there is a much more interesting horizon ahead for us. That horizon is voice control. I’ve been using the Nexus 5 as a daily driver for a few weeks now, and I really can’t stop raving about Google Now and just how flipping cool it is. “Ok, Google,” echoes through my house dozens of times per day, followed by requests to “text my wife” or “tell me what the weather’s like” or “how much methane is in the average flatulent episode?” 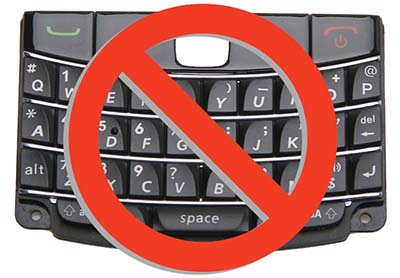 Say NO to keyboards!

Sure, I could type these things, but why? Voice control is so much more useful. Of course it should never be taken to extremes as Michael Fisher once learned, but the concept of telling your phone what to do is just so compelling. I honestly thought the novelty would wear off after a time. I mean, it is sort of ridiculous, always talking to your phone.

Inspiration to write this article sprung from two upcoming events. Recently, we saw the advent of Android Wear and more specifically the beautifully designed Moto 360. That watch is some kind of pretty and the function of it could take my Google Now obsession to dangerous levels. I haven’t worn a watch in over 20 years, but I can easily entertain the idea of sporting one again, just because of Android Wear and the Moto360.

Pebble made the smart watch enviable in the tech community. But Android Wear could bring the smart watch into the mainstream, which has been a long time coming in the eyes of this writer. Checking your watch for calendar reminders, updates on sports teams, directions, and oh yeah, maybe even what time it is, would fulfill every smart watch dream I’ve ever had.

The second piece of inspiration happens this week, as a matter of fact. Windows Phone 8.1 and Cortana coming to Windows Phone could also be a compelling product, and one on my preferred platform no less. If Cortana can deliver even half as good an experience as Google Now, my delight will be unmatched. We still have a lot to learn about Cortana and what it will bring to the platform. Even if Microsoft gets a slow start into this arena (this is the first version of the product after all), it still has a lot of success by it’s two big competitors to  emulate.

Talk to me, Cortana

Microsoft has watched Google Now and Siri become an integral part of the smartphone experience, and those two pioneers have shown what the software should be capable of. With those two as a model, Microsoft can really make Cortana shine when it debuts. 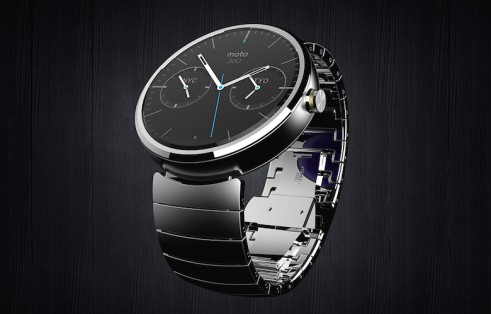 Of course this doesn’t address the smart watch problem Windows Phone is currently facing. When Nokia was a separate entity from Microsoft, I hoped that it would bring a smart watch to the market that would finally work with Windows Phone. I suppose, Microsoft now owning Nokia doesn’t necessarily change that idea. In fact it could very well drive that idea forward. Who better to make a smart watch for a platform that isn’t known for it’s smart watch friendliness than the makers of that platform. Now that Microsoft is in the hardware business, it’s feasible. Cortana could make that even more feasible.

Of course, touching your phone is still a necessary step to start up voice control – for most devices that is. But I can live with that if it’s the only part of the phone that needs touching. I’m very much hoping that the touchless control of the Moto X starts extending to other devices very soon. Unfortunately, we’ve already seen the announcements for the GS5 and the M8, so those devices won’t have it. I hold out hope for the next iPhone though, and all subsequent Windows Phone devices. But then, I hold out hope for the Cubs every year too, so take from that what you will.

Overall, there are good things ahead for people like me who enjoy voice interaction with their smartphones. Android wear, the rumored iWatch, and Cortana could all make chatting with your phone even more commonplace. Of course, the truly ironic part about this article is I’m writing it while sitting in the “Quiet Car” on my train downtown. But it is quite exciting to think about the cacophony that Starbucks could become with texters, and Googlers, and Calendarers (say that five times fast) all yelling at their phones to perform tasks. This is why I always go through the drive-thru.

I’m just hoping that very soon, touching your phone will be sooooo 2013.

What about you? Do you enjoy voice control, or are you more of a meat and potatoes kind of user. If you clicked on the “Oatmeal” link above (or, what the heck, here again), how many toilet seats is your phone rated at? Mine was 728.