Apple’s Touch ID biometrics could lead to more biometric security outside of the tech world. It could be the best way to get the tech into the public mind.

Apple did one thing right when it comes to Touch ID biometrics. They made it cheap. Or at least, they made it cheap enough to fit into a smartphone while keeping the cost down – for Apple, that is. Of course, I’ve already talked at length about Apple’s Touch ID and whether or not it’s a good idea or not (Spolier alert, it’s not). But it occurs to me, maybe we’re all just not used to this new fangled technology, and perhaps what we need to make this technology a part of our lives is ubiquity.

Now that Apple has brought the price of biometric technology to the smartphone level, maybe it’s time for some other variations of finger print unlocking to join this love milkshake. Maybe now it can be more wide spread in our daily lives and it can be more successful. 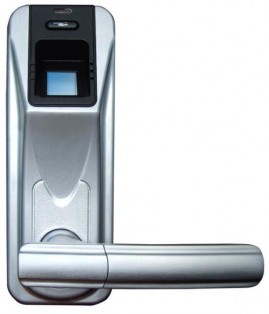 In the public mind

The main problem with fingerprint scanning, aside from its hackability, is there is no universal implementation of fingerprint scanning technology – outside of military facilities or JJ Abrams movies, that is. The iPhone 5s could be the very thing biometric security needs to thrive.

You can get fingerprint scanners on Amazon. They’re not uncommon. Most of the finger print scanners on there are for PCs/laptops and for security locking purposes, not unlike Touch ID. The problem is that these are peripheral devices you can purchase from anywhere between ten to seventy dollars. My argument for this is the same as it is for wireless charging – people won’t use something unless it’s included in a device and they’re practically forced to.

Of course, some laptops have had fingerprint scanners built in. HP has a feature called “SimplePass” on it’s Envy line of laptops. Of course, SimplePass is only included in the high-end laptops, but it is there. Then again, those are HP laptops. They’re not exactly a huge crowd pleaser.  Don’t get me wrong, I’m sure it’s a quality laptop and all, but we’re talking about the freakin’ iPhone here. 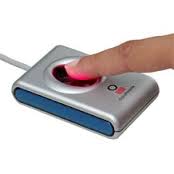 Maybe an insanely popular product like the iPhone is what we need to bring fingerprint scanning into the public mind. Granted, for many, scanning a finger print to start your car is just as scary a prospect as stealth videos/snapshots shot with Google Glass. After all, if an iPhone can be hacked, what about your house? Sure your iPhone carries your entire Justin Beiber collection, but your house carries your life and loved ones. Are we ready to entrust our homes to a $7.00 fingerprint scanner just because it’s on your phone?

Are we there yet?

Well, maybe not. But now that the technology stands to potentially become mainstream, it’s not a crazy thought. Touch ID could very well define where the technology goes in the future. Before, biometric scanning was reserved for high security facilities, and highly sensitive data. Now that any grandma can walk into a Verizon store and pick up a device that will use her fingerprint on the daily, that could be a game changer.

Don’t get me wrong. I am not changing my stance on fingerprint scanners. I still think it’s not a compelling feature to have on a smartphone. It’s hackable, not entirely secure, and permanent. It’s just not quite ready for prime time, and certainly not reliable enough to rely on it for anything beyond the Beib.  But it could drive the technology forward so that someday, and someday soon, it is reliable enough to do so.

Once the tech is being used by millions of smartphone users across the industry (for example the iPhone, HTC One Max, and the Samsung GalaxyWhateverHasIt) there could come a strong demand for it. That would mean the technology would have to become faster, cheaper, and far more reliable. But it could get there, and nothing drives innovation quite like consumer demand.

At least, I hope that’s what happens. Because, at the end of the day, I’m a technology buff. I would love biometric scanning to become a standard in today’s society. I’d love to leave my key ring at home. It scratches up my phones anyway. I would love to see this tech implemented in a wide variety of areas. The aforementioned door locks, and car ignition systems, but also computers on a wide scale, even the doors at work. I’m not saying we want to go all Gattaca here and start scanning hair follicles before first dates, but there is potential here.

What about you? Do you feel the fingerprint scanning on smartphones could lead to bigger and better things? Will it be a gimmick or passing fad and never gain any traction? What would you like to start/turn on/open/lock with your pinky? Sound off below in the comments and let us know.

Nintendo is milking the surge as well, and has reportedly generated over $1 billion…