Learn more about the new camera modules that Toshiba has prepared for Google’s Project Ara, something we’re anticipating for MWC 2015

Yes, we know that as geeky as Project Ara is going to be, we won’t be able to test it unless we move to Puerto Rico in its initial launch phase. While there’s nothing wrong in moving to such a beautiful island, we’re sure you’re all as skeptical as we are over how the modules of this Google project will look for the end consumer. Toshiba seems to agree that this is a valid concern, and has decided to show us its camera modules.

Toshiba has been able to build three initial camera modules for Google’s Project Ara, a front-facing 2 megapixel camera, a 5 megapixel primary camera module, and a 13 megapixel option as well. Not much can be said about the front-facing camera, but we do hear that the 5 megapixel module has 1.4um in size which will allow larger pixels and more light for low-light photography, while the larger module is 1.12um in size. Sadly there are no test images to show you how they perform, but there is a really boring video from Toshiba at the bottom that shows us what the 5 megapixel camera can do.

We’re not sure if these modules will be part of the products that will be showcased for Project Ara at MWC 2015, but we’ll keep you posted as soon as we learn more. 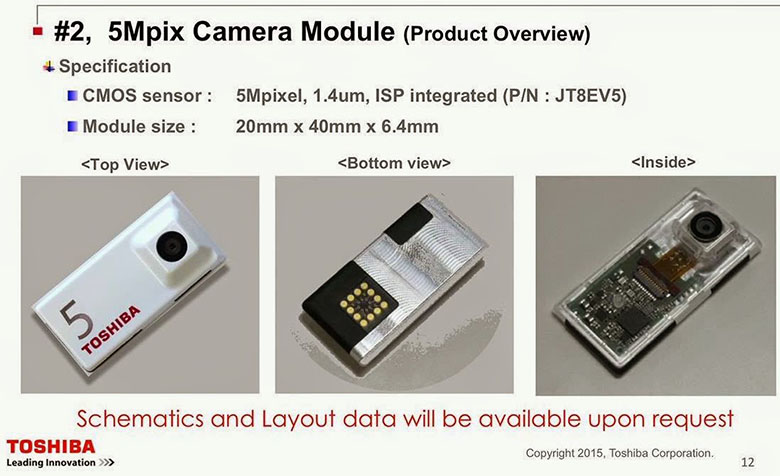