These couldn’t be harder times for HTC. Wouldn’t it be tough, if you spent years perfecting something that you’re proud to call your-own, only to have people not notice it?

HTC has been one of the true pioneers of the smartphone industry. They were one of the first companies to build the original Pocket PC that gave birth to most of the smartphones that you carry today. They were the first to launch a 3G smartphone, then the first at 4G. They brought capacitive screens to Windows Mobile back when not even Microsoft could figure it out. They also brought us the slide-out keyboard that many of us refused to live without for so long, and were even the first company to bring Android to the world with the G1. HTC even customized Android in ways others took years to perfect with HTC Sense, which they started years earlier with Windows Mobile.

You’d think that with all this history, HTC would now be the world leader in smartphone sales. Sadly, reality has played them a different card by giving that crown to Samsung. A truly unfair reality if you ask me, since HTC has proven to invest a lot more in the quality of their products when compared to what Sammy has to offer in Android. When it comes to Windows Phone, it’s hard to qualify Nokia as an inferior competitor (because they aren’t), but HTC arrived at the Windows Phone arena much earlier than Nokia, and still, the crown goes to Finland.

So if continued innovation and beautiful products can’t win HTC any prizes, what can? Well, that’s not entirely a factual statement. See, continued innovation and beautiful products are what have boosted Apple and Samsung into the positions they currently have, though it’s important to clarify that each of these two competitors have chosen to do it differently. Both these companies have done great jobs in not only developing awareness for their products through aggressive marketing, but also in making these products a “must-have” by delivering on their promise of excellence. Neither Apple nor Samsung have been the first at anything they’ve done, where we all know HTC wins, but what they have done better than HTC, is in using HTC’s foundation to build an even better result. 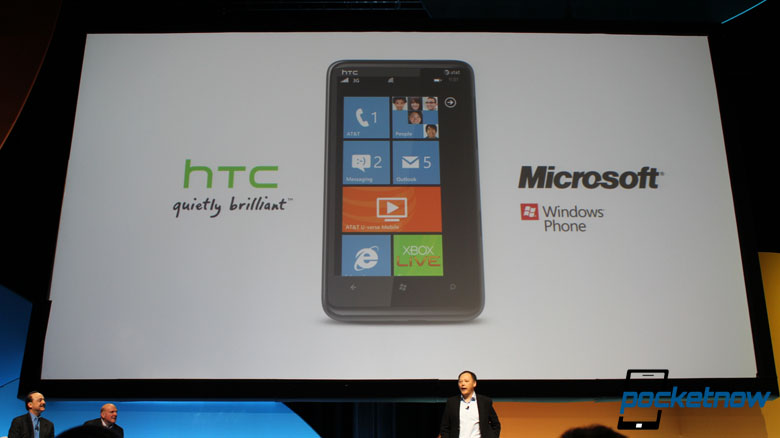 I’ll give you a simple example that’s relevant to Windows Phone. I was lucky enough to be in Las Vegas when both Nokia and HTC announced their Nokia Lumia 900 and HTC Titan II respectively. At the event, it was clear that HTC had a superior phone to the Lumia by boasting the world’s first 16-megapixel camera on a smartphone. Surely there was a price difference between them, but HTC had all the chances to win the higher-end of the market because of the great specs on the device. Who won? You guessed it, Nokia. Whether that’s because of a cheaper price tag or not is still debatable, but there’s no denying that Nokia did a better job at filling billboards with Lumia than HTC did with the Titan II.

So what’s next for HTC? Well, tomorrow is their Windows Phone event in New York City, and both Brandon and Adam will be there to get you all the latest and greatest as it happens. For many of us, this is HTC’s last chance to make a difference in the smartphone world, and here’s why and how:

Why: Competition Is Now First 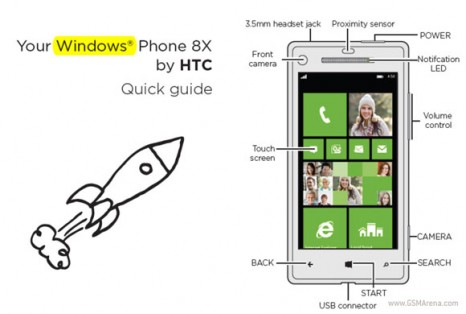 Times have changed HTC. Nokia has just announced a Lumia 920, which is already first in many of the things that I now find hard for others to replicate. Samsung is also right behind Nokia with the ATIV S, which may not be as innovative as the Lumia 920, but is as beautiful as its already successful fraternal twin, the Galaxy S III.

I honestly find it hard for HTC to come-up with something they can pioneer with or that’s any better than what Nokia is offering with the optical stabilization on the Lumia 920. The same goes for their new screen technology, which allows you to use the phone with gloves.

On the other hand, there’s no denying that HTC has had a couple of weeks to re-think their strategy, license a couple of competitor patents, and launch a new line-up of smartphones that can be either as good or better than Nokia’s new Lumias. Whether HTC has figured out ways to improve that 16 megapixel sensor on the now obsolete Titan II, or they bring along some of the design innovations of the One series, anything is better than launching a couple of “me too” phones tomorrow.

If tomorrow’s products don’t drop a couple of jaws, they simply won’t matter.

How: Market the phones for heaven’s sake!

One of the key reasons why HTC’s One series made sense to us at MWC, was because HTC was finally going to focus on making just one product great, instead of trying to push the insane amount of HTC Sensation variants that we saw last year. We were wrong. Surely they are building a smaller amount of smartphone variants this year, but they’re also doing a terrible job at marketing them.

Products need awareness. The fact that Apple spends billions of dollars in marketing just one smartphone is a clear clue that products don’t sell themselves no matter how good they are. HTC builds great products, and yes, I am a fan of some of their ads, but I hate having a mall full of Samsung billboards and nothing that tells me about HTC products.

How: Don’t pull another Nokia

I’ve said it before, and I’ll say it again: Nokia’s lack of release dates after each event makes their products look bad, no matter how revolutionary they are. This would be Nokia’s day to shine if they would’ve launched the Lumia 920 just 10 days after they announced it, but instead, the iPhone 5 has broken yet another sales record along with the Galaxy S III. I’m sure there are a lot of you that are willing to wait for the Lumia 920 to be released, but the average consumer won’t, and that’s where the sales figures are. Announcing phones without a release date is a mistake, no matter how much you all hate me for pointing it out.

This is another advantage for HTC if they’re bold enough to change the game. They can dominate the Windows Phone ecosystem if they release a superior product than the competition, market it well, and release it ahead of everyone else. I don’t think even Microsoft understands the positive effect that Windows Phone would have if at least one OEM did things right, and this could be HTC’s chance.

Tomorrow may or may not be HTC’s day. I’ll admit that a big part of me doesn’t think it’ll happen, and that’s mainly because every Windows Phone OEM is being held back by Microsoft’s delays. But who knows, that big part of me could be wrong, and I honestly wish I were wrong.

HTC deserves to succeed. They’ve worked hard in pushing the smartphone market to grow into what we see today, and they’ve forced competition to innovate at their same speed. After being a die-hard HTC customer for almost a decade, I am at the top of the list of people that wish tomorrow was HTC’s game-changing day. Some crazy thoughts of an HTC Windows 8 tablet even crossed my mind as I was writing this, though I wouldn’t hold my breath for it if I were you.

Whether anything that I’ve written happens or not, will be up to HTC. For a minute though, I do wish it did for their own sake. Please be sure to share your thoughts and predictions on HTC’s event tomorrow in the comments down bellow.