There are a number of ways to customize a phone. If you’re into natural fiber solutions, the folks at Toast sent over a new real wood skin for the LG V10.
Published 01 April 2016, 22:09 EDT

There are a number of different options for customizing a smartphone, and the most obvious is of course slapping a case on your phone. There are a number of companies that produce adhesive skins for various phones, usually synthetic, sticker like solutions, but lately a trend towards “natural fibers” are supplying people with unique ways to tailor fit a phone to an individual’s personal style. Toast is a funky company up in Portland Oregon, who championed real wood tech skins several years ago. All products are designed and manufactured in the United States, and their operations are 100% powered by renewable energy. They sent over a new Inlay Series woof cover for the LG V10 for us to try out. 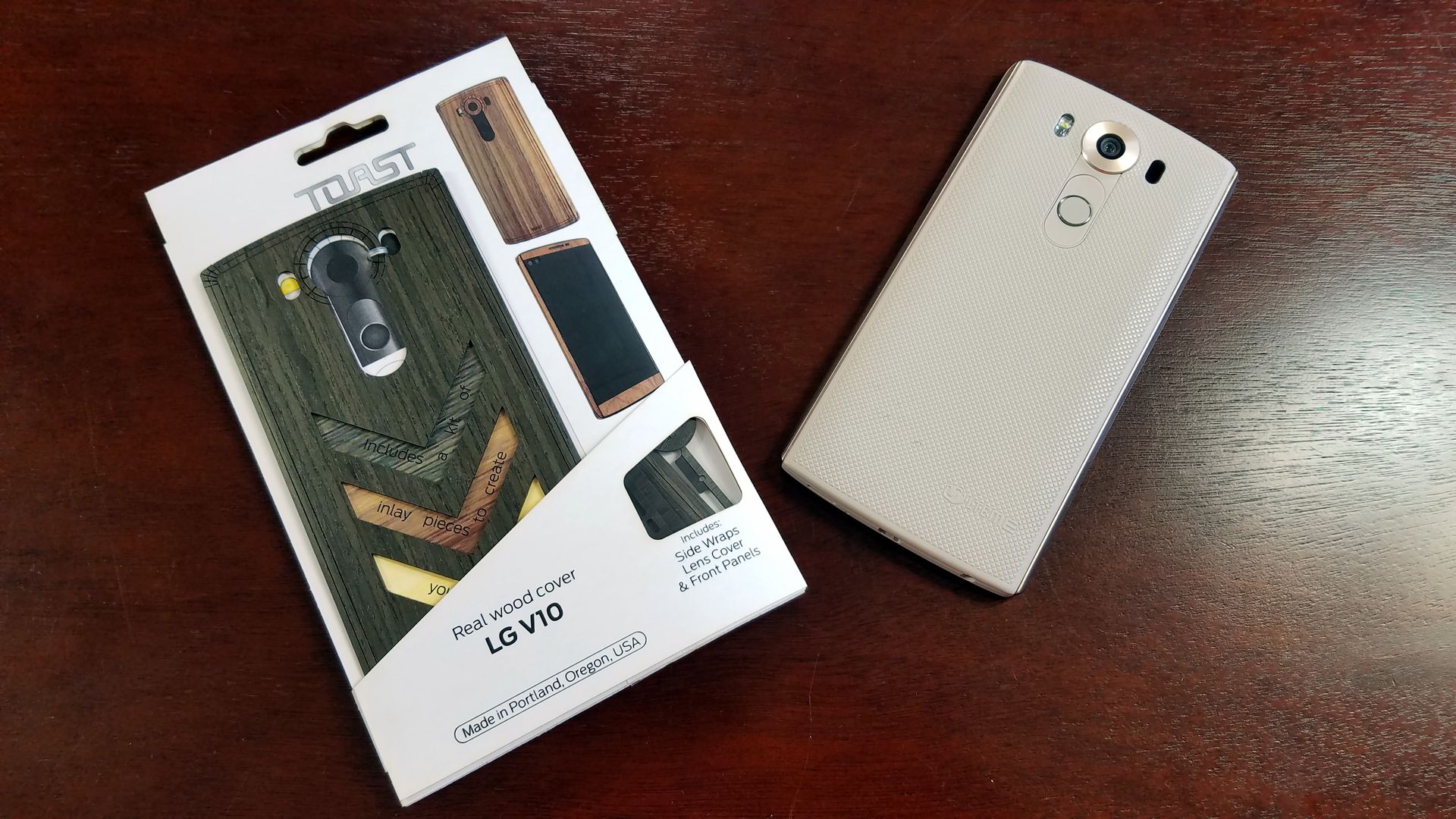 The interesting thing about the V10, it was one of the hardier phones of 2015 which wasn’t explicitly badged as a rugged device. It’s a tanky phablet, which many folks use without feeling like daily abuse requires some kind of a case. Unlike the G4, there weren’t options widely available to swap out the back plate, and the few you could find would often just clash with the color of the front of the phone. 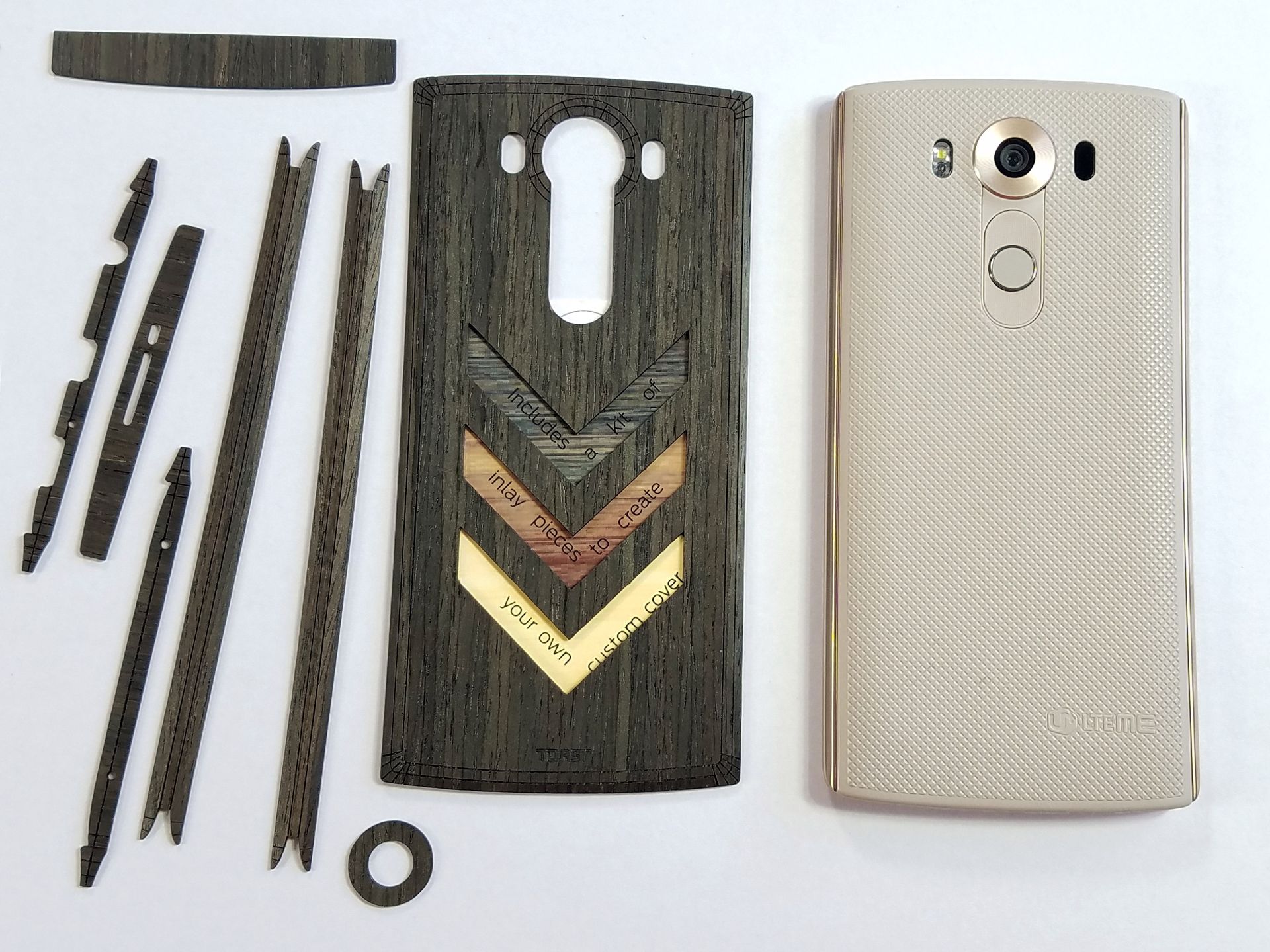 A Toast wood cover is a laser cut piece of wood, pre-scored to line up with the curves and tapers of a phone, and it uses a really strong 3M adhesive backing. For the V10, this kit comes eight individual parts to cover the back, front, and sides of your phone. This being an Inlay cover, you also get a small collection of different pieces to pick the colors of the chevrons on the back cover. 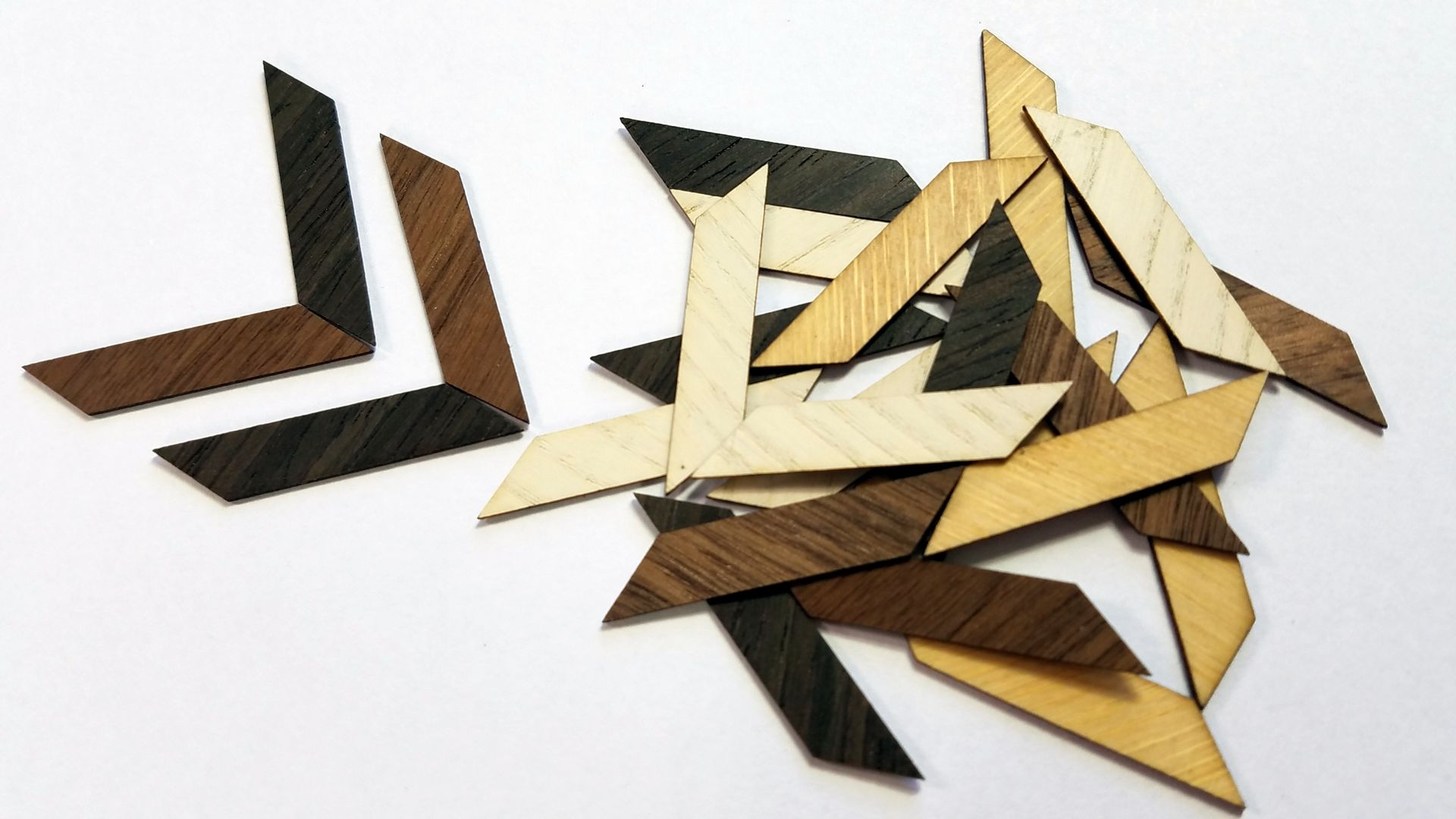 These parts are cut exceedingly well, with fantastic attention paid to all ports and mics and sensors. It’s recommended that you take your time though, as once the adhesive starts to set, adjustments are pretty much impossible. This isn’t the first Toast skin we’ve ever installed, but ballpark time from laying out all the pieces, to having everything on the phone was about fifteen minutes. 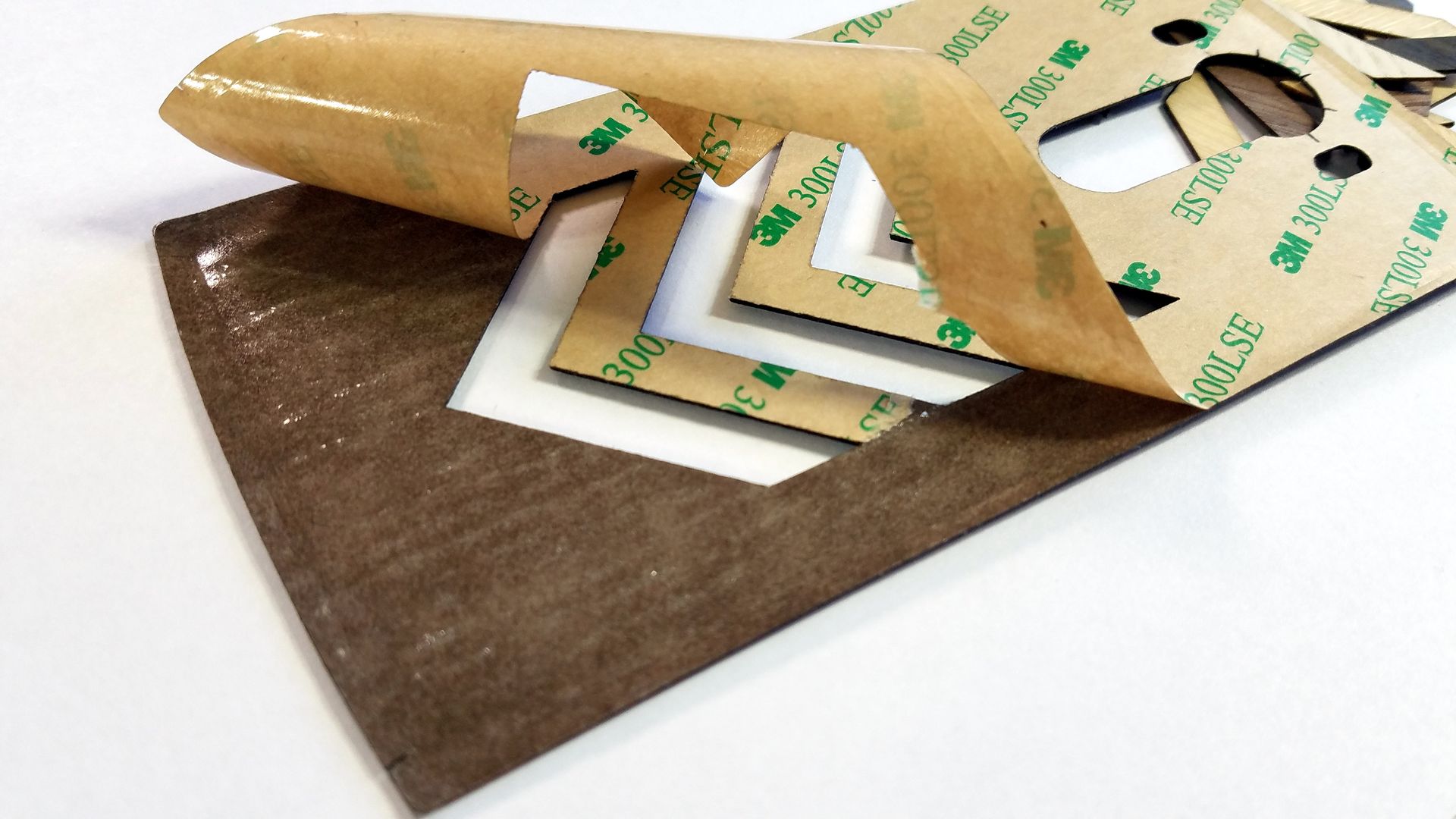 No tools are required, but it might not be a bad idea to have a small pair of tweezers or a thin blade on hand to peel off the backing on smaller pieces. They were nearly impossible to remove using fingers with recently trimmed nails. Peeling the backing off requires a little patience too. Trying to tear it off too quickly will result in tearing parts of the paper off, and that ragged edge can be difficult to re-start the peel. 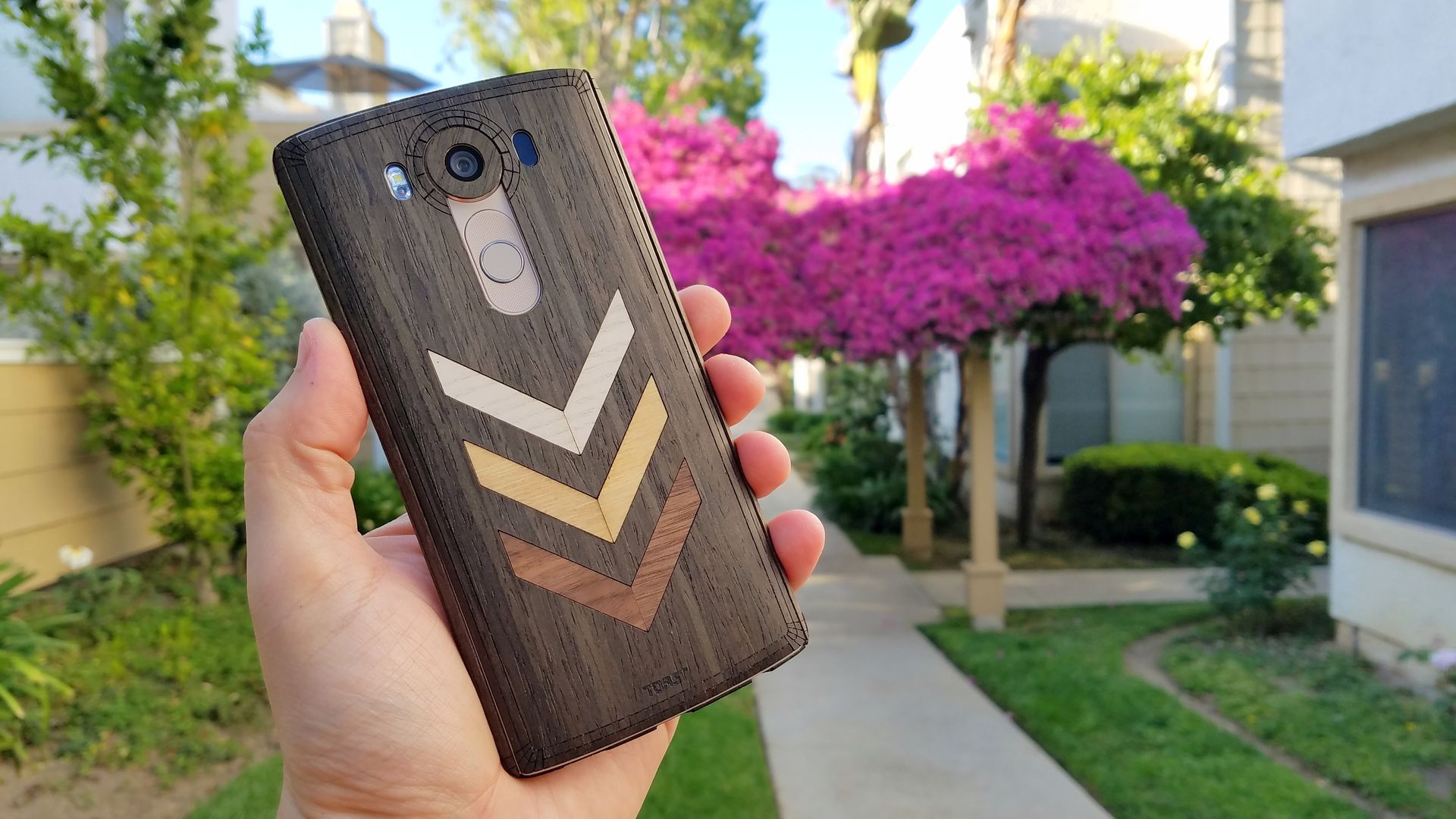 Once all the parts are installed, the result is a unique and rustic look. Wood feels really nice in the hand. It doesn’t detract from the natural grippiness of the V10 silicone rear panel. Side pieces wrap around the steel rails well, and the front forehead and chin sections are cut perfectly to avoid interfering with glass screen protectors. 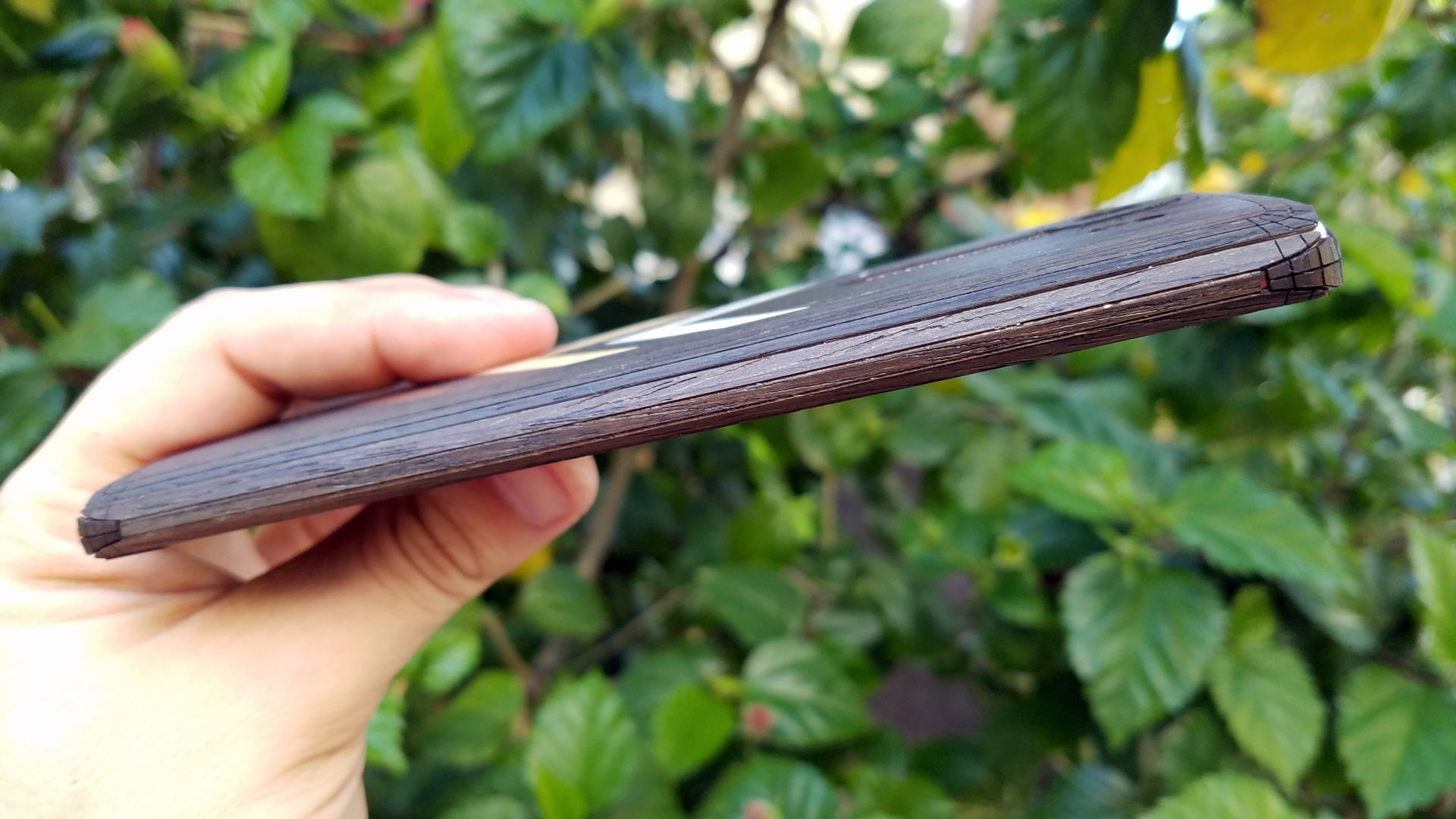 The only uncovered sections are at the top and bottom near the seam where the back clips to the rest of the phone. Here the phone’s color peeks through a bit more than we would like. Also while the edges fit together really well, there are gaps just big enough to catch some pocket lint. None of those edges or gaps are sharp or rough to the touch. 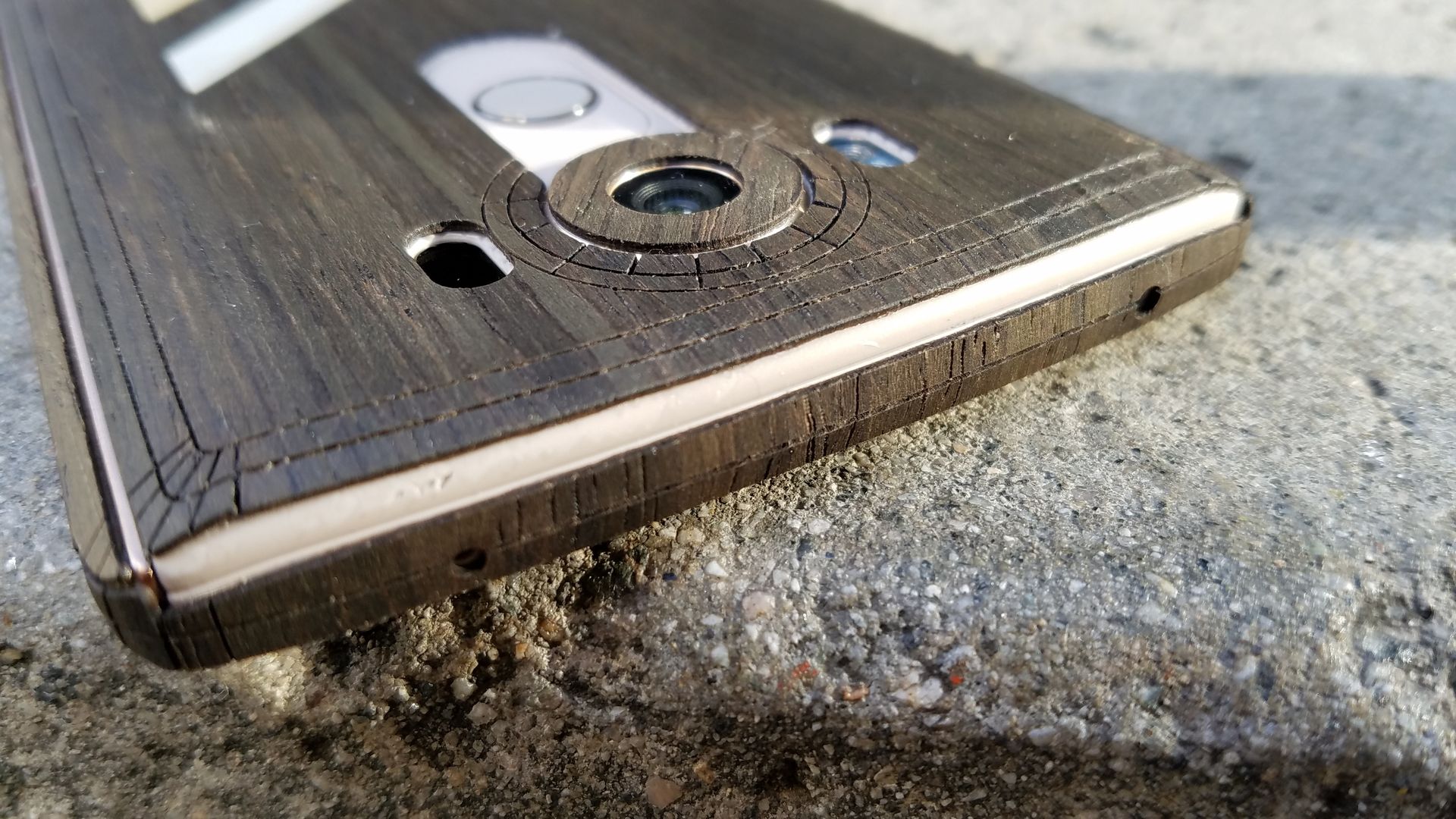 Lastly, there are a couple things to take into consideration. This adhesive is strong. A Toast skin is a single use product, but it can be a semi-permanent solution. Removing it cleanly is best done with a little heat, like from a hair dryer. Once removed, there won’t be any residue left behind, but most of the wooden pieces will probably be broken. Also, these skins do add just enough bulk that you won’t be able to use other cases. 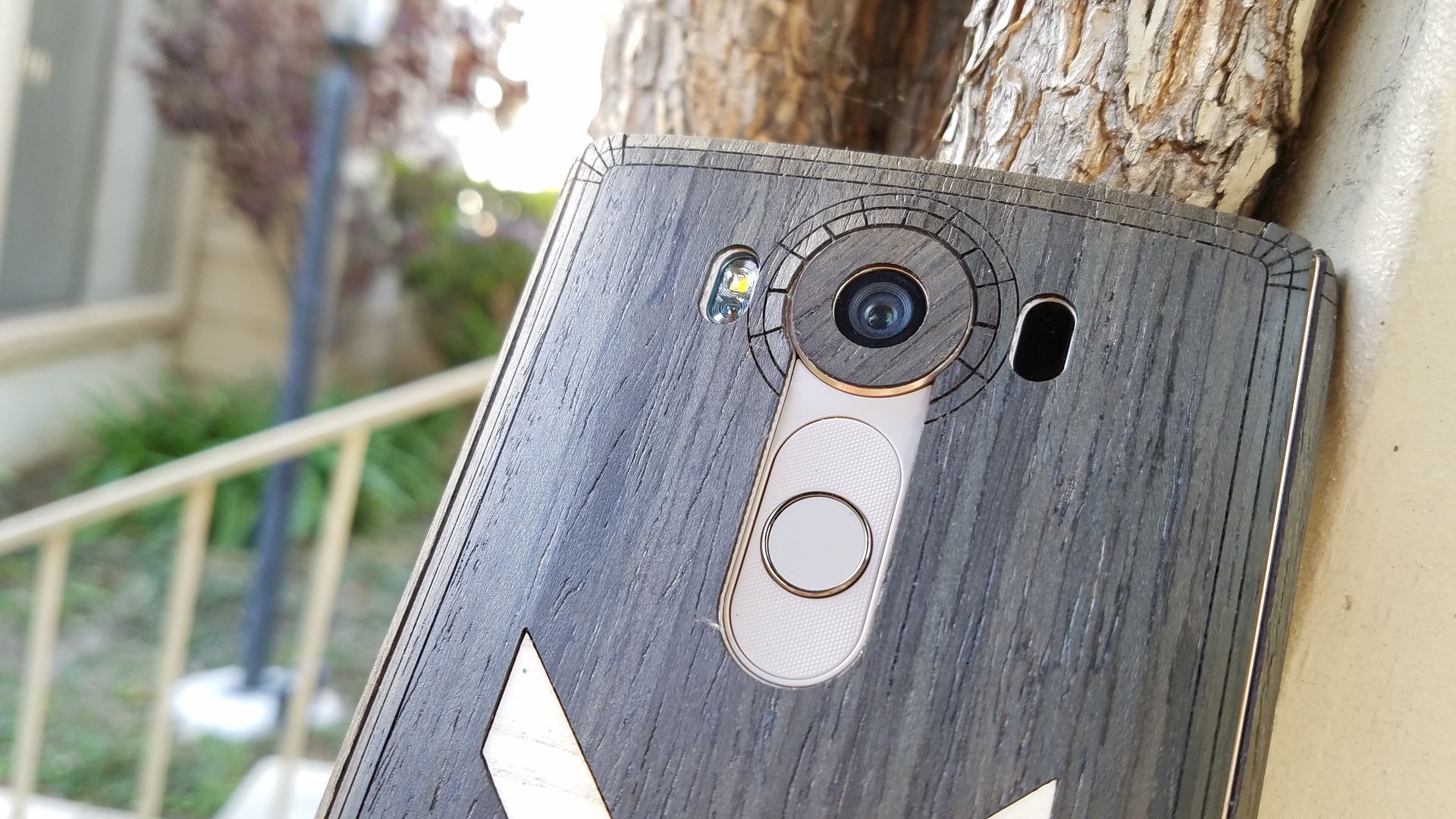 Our LG V10 cover sells for $44, and the case can be laser engraved with a personal message for an additional $5. Given the above considerations, you’ll want to weigh the pros and cons before you spend the cash on one, but there’s something kinda fun about having a wooden phone. It’s a regular topic of discussion when I show it off in public. There won’t be many devices out there which look anything like a Toast covered phone.

You can find more info on Toast products at ToastMade.com

The HUAWEI Mate X2 comes armed with some drool-worthy hardware, but how does it fare against the Samsung Galaxy Z Fold2? Find it out here!