What if Samsung left Android?

Funny thing about being at the top. There’s a lot of different ways you can fall. In the business world it’s even more harrowing because if you are at the top of your game, and you don’t get better, you are considered to be failing. Imagine if you are doing anything better than anyone else in the world, and then one day, someone complains that you haven’t gotten any better and everyone suddenly hates you. That’s a rough gig, no matter who you are.

Samsung’s case isn’t exactly like that. It has been sliding for a couple of years now.  And by “sliding” I mean “making billions and billions of dollars” instead of “making billions and billions and billions” of dollars. But still, Samsung is not in an enviable position of late. The S7 and S7 Edge both look like killer phones, but the fact of the matter is, Samsung has a lot of competition out there now, not only from other Android OEMs (*cough* *cough* Huawei *cough*), but from Apple who just released a four-inch iPhone and ten-inch iPad Pro, both of which will undoubtedly be very popular. Because Apple, you know? 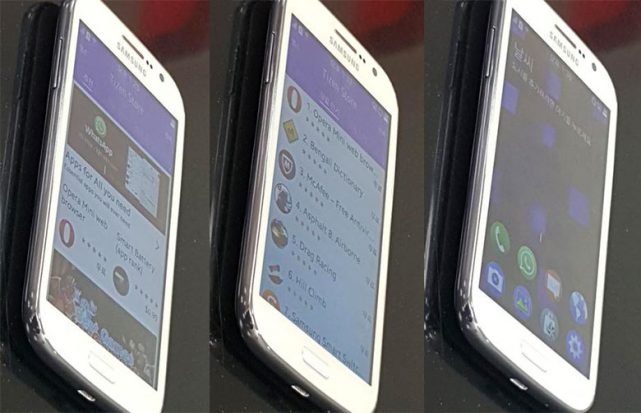 It’s not exactly in desperation mode, but maybe it’s time for Samsung to do something bold, and yes, a little drastic. What if Samsung were to leave Android behind and go all in with Tizen? This is a little thought experiment that occurred to me the other day, and I wanted to explore it with you. Come along?

Samsung already has a few smartphones out there running this platform. These phones have been strictly of the low-end variety, certainly no competitor to an iPhone or any other flagship. But it is experimenting. Granted Samsung still has that reputation for throwing things against the wall to see what sticks, so this could just be another errant spaghetti noodle that didn’t have the wherewithal to just drop to the floor. But just think about if Samsung releases a Tizen midrange phone next. Maybe the Galaxy S8 or S9 will have a Tizen variant? Sure this is down the road stuff, no doubt. But there are a few reasons why it might make a lot of sense.

First, Samsung would no longer have to work with Google. Right off the bat, it doesn’t seem like Google is all that bad to work with. But Google has had some…ahem…suggestions on paths that Samsung could take. You know, if it wasn’t too much trouble. While Samsung isn’t completely beholden to Google’s every whim, it would make some things easier going forward.

But then, the apps

But then, there’s the app situation. Tizen’s app offerings aren’t all that varied by all reports. It’s certainly not what you would get from the Google Play store. Samsung is no stranger to hosting its own app store, but filling it up with compelling and necessary titles might be a challenge of a different sort. There are some workarounds of course. OpenMobile and I have a little bit of history, but reports indicate that the Samsung Z1 run Android apps via OpenMobile’s Application Compatibility Layer. I have experience with ACL on webOS courtesy of Phoenix International Communications. Indeed, it was PIC and OpenMobile who finally made it possible for me to achieve my long-time dream of running Netflix on webOS,  despite my misgivings that it would ever happen. My foot tastes quite yummy, thank you very much. 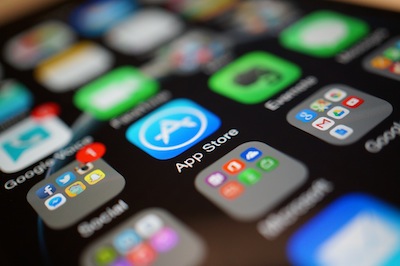 Anyway, ACL isn’t necessarily the answer. Blackberry tried that whole “run Android on this non-Android phone so it’s awesome” thing and it didn’t work out that well. But if Samsung were to leave the Android space, and take 20 – 30% of Android’s users with it, app developers might just be tempted to follow. It would take time, and ACL could serve as a workaround, but it’s conceivable that Samsung, of all companies could pull it off.

If we have learned anything over the last seven years it is that apps make the platform. If your platform lacks apps, it is as good as dead. It killed Palm, it mostly has killed BlackBerry, and it’s killing Microsoft. And I’m not even mentioning the also-rans: Symbian, Jolla, etc. People want to do stuff on their phones, and if they can’t, they’ll go where they can. Samsung has to know this, which is why if this thought-experiment will ever go anywhere, it will need to do so slowly and carefully.

But if Samsung can ultimately control everything – hardware, software, app store, and mobile payment system – it will have achieved what only one other company has managed thus far. That company, by the way, is largely considered Samsung’s strongest competition. It’s not crazy that Samsung might want to try to pull off this coup.

But here’s the real question – what do you think? Would you buy a Tizen-powered flagship? Would your interest in Samsung wane? Would Samsung be committing industry suicide by trying to tread a path that so many have tried before? Sound off below and let’s put some icing on this thought-experiment cake. Thanks for coming along.