Three things I envy about Windows Phone 10, as an Android user

Microsoft has made a lot of headway with Windows Phone 10, and it’s got me, a hardcore Android user, feeling pretty envious. Here are my top 3 reasons why.
Published 28 January 2015, 11:58 EST

Microsoft sure does like to change the way things are named! Windows CE gave way to Handheld PC and Palm PC, then to Palm-Sized PC, then Pocket PC was replaced by Windows Mobile Standard, Professional, and Classic. Windows Phone came along when Microsoft rebooted the platform in the wake of competition from Apple and Android. Windows Phone 7 was followed by Windows Phone 7.5, then 8.0, and most recently 8.1. Did I miss any? Are you confused yet? Then again, one could argue whether or not Microsoft’s naming has been more or less confusing than Android’s “sweet tooth” classification (it hasn’t been as fun, that’s for sure). The official name for the next version of Windows to run on smartphones isn’t “Windows Phone 10” as you might assume (though that would be an easy mistake to make). Microsoft is calling it “Windows 10 for phones”.

You may have heard my story before. When Apple spun Newton back in, then killed it off, I switched to a Palm PC from Casio – powered by Microsoft’s mobile OS. I stuck with Microsoft through the “rapid-fire renaming” all the way up to Windows Mobile 6.5 Professional. That’s when I finally admitted that Windows Mobile was dead. I jumped ship to Android and haven’t looked back – until now.

Microsoft has been promising us a “unified” experience across desktop, laptop, tablet, phone, and even TV (via XBOX) for some time now. It’s been fumbling miserably all over the place. The jump from Windows 7 to Windows 8 was one that I just couldn’t stomach on the desktop PC. After using Windows 8 for weeks on my desktop computer, I did something I can’t recall ever having done before: I uninstalled the latest version of an OS and put the older one back on. That’s something even Windows Vista couldn’t get me to do. Some people loved Windows 8. I didn’t. I’ve heard that Windows 8.1 fixed some things, but I haven’t had the stomach to invest the time that it will take to acquire and install a fresh copy on my primary computer.

Having seen Windows 10 presented last week, I’ve got to admit: I’m impressed. The unification between platforms seems like it’s finally here – except XBOX, but that’s almost expected, right? Windows 10 has this Android Guy feeling pretty envious. Here are my reasons why.

Siri and “OK, Google” have changed the way we interact with our phones. Instead of finding the app we’re looking for, then inputting data, instead we just press a button or say a key phrase, speak whatever it is we’re after, and our phone takes care of the rest for us. Siri is a bit more “human” than Google’s solution, allowing for more natural questions and responses. Google’s is more conversational, allowing follow-up questions to be asked and answered. Google’s is also faster than Siri (don’t take my word for it, try it for yourself).

Microsoft’s solution is Cortana. In case you don’t know, Cortana is Master Chief’s AI (artificial intelligence). Anyone who’s played any of the Halo games has loyalty and respect for Cortana. (If you haven’t played the games, you can’t fully appreciate what I mean by this.) Cortana has gotten countless gamers out of innumerable pinches for over a decade.

Now, Cortana has been brought to smartphones, tablets, and with Windows 10, even desktop computers. Shedding the scantily clad, Tron-esque hologram from the video games, Cortana in the Windows 10 family is a simple circle, but Microsoft used the same voice actress for the digital assistant as it did in the video games. With the “10” update, Cortana synchronizes your searches and things she thinks you’re interested in between your phone, tablet, and PC. The voice recognition engine has been improved and can tell when you’re refining your search or action, similar to “OK, Google”.

The deep integration of Cortana, not to mention the inherent trust that Halo-players will have for her answers puts Microsoft’s voice assistant far ahead of what Google and Apple are offering. 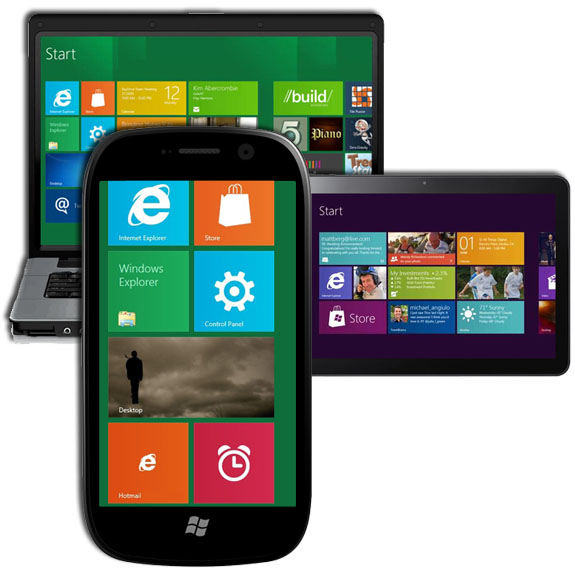 Using an Android means using Google’s software solutions. From Gmail to Drive, Docs to Sheets, Hangouts to Calendar, everything you do on an Android is Google. Of course you can install third-party apps, Microsoft even has more than a couple apps for Android, but the tight integration here revolves around Google services. That’s just the way Google wants it, and who can blame it.

Why do so many enterprises standardize on Microsoft Solutions? Is it because they’re the best at doing any given thing? Usually not. They are, however, usually the best at talking to one another. Standardizing on Microsoft Technologies generally means that things not only look and feel the same, it means they talk with each other very, very well. 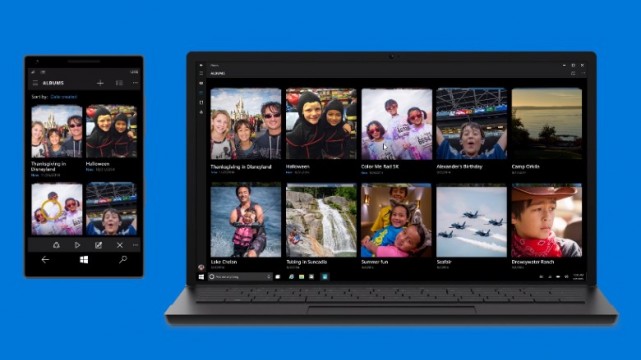 I have Chrome installed in both places, and use the web browser as my Gmail and Calendar clients. I have the Drive and Hangouts plugins running, but all of that seems like a hodgepodge of software and services cobbled together. Sure, on Android it all looks uniform and unified, but that’s the only environment in which it does. Not even Chromebook, Google’s own laptop environment, looks like Android.

Microsoft will now have a unified look and feel, optimized for the environment on which its OS is being run, with “Universal Apps” that look, feel, and function the same across the several platforms. Combine this with the tight integration of Microsoft services in the enterprise and we’re poised to see Microsoft take the reins once again.

Will Windows Phone 10 (or “Windows 10 for phones”) be the platform that finally woos me away from Android and back over to Microsoft? It’s too early to tell. I’ll be loading up the Windows 10 preview on my laptop later this week, and will get a taste of the progress Microsoft has made so far. Once Windows phone hardware is available I’m sure I’ll get my hands on it to see just how tight the integration really is. Until then, I’ve gotta say, I’m feeling pretty green with envy… or should that be “blue”?

Today’s deals come from Best Buy, Amazon and B&H, where we find a Samsung 3-Day Sale event, the Microsoft Surface Book 2 and more devices on sale