Four more days until Huawei will officially unveil the Mate30 and Mate30 Pro flagships at a special event on September 19.
Published 16 September 2019, 05:00 EDT

Four more days until Huawei will officially unveil the Mate30 and Mate30 Pro flagships at a special event on September 19. We’ve seen plenty of leaks concerning either one or both of these upcoming phones, and now, thanks to Evan Blass, we’re getting what appears to be the official press render of the Pro variant (above).

You can see the wider notch and the four lenses on the back arranged in a circle, next to what could very well be a xenon flash. The waterfall display is hinted by the splashes of water, but the symbolism could also mean enhanced water resistance.

We’ve recently seen the phone in the wild, concealed in a cameo case, and with today’s official press render, there’s no more mystery about the looks of the device. According to rumors, we should expect a 6.7-inch wrap-around display with QHD+ resolution, Kirin 990 (or 985) chipset, at least 6GB of RAM and 128GB of storage, quad rear Leica cameras, as well as other goodies like 55W fast charging.

And here’s (above) a closer look at that waterfall display which wraps around the edges of the phone. As you can see, it’s almost a 90 degree curvature going all the way to the sides of the device. It will be interesting to see how this will impact user experience when holding or handling the phone.

The two renders above are the Porsche Design version of the Mate30 Pro, probably called Mate30 RS. While the quad-cameras remain untouched, as well as the LED flash and the sensor, the back gets a most probably leather finish in two colors, red, and black. We can’t tell from the renders whether the front has been redesigned (in terms of the notch), but we definitely expect killer specs on this limited edition device.

The regular Mate30, rendered below, gets a narrower notch with what appears to be two dual-selfie cameras and some other hardware in between, below the earpiece. While it will share most of its internals with the Pro version, we expect it to be somewhat toned down in terms of memory, and possibly in the camera department. 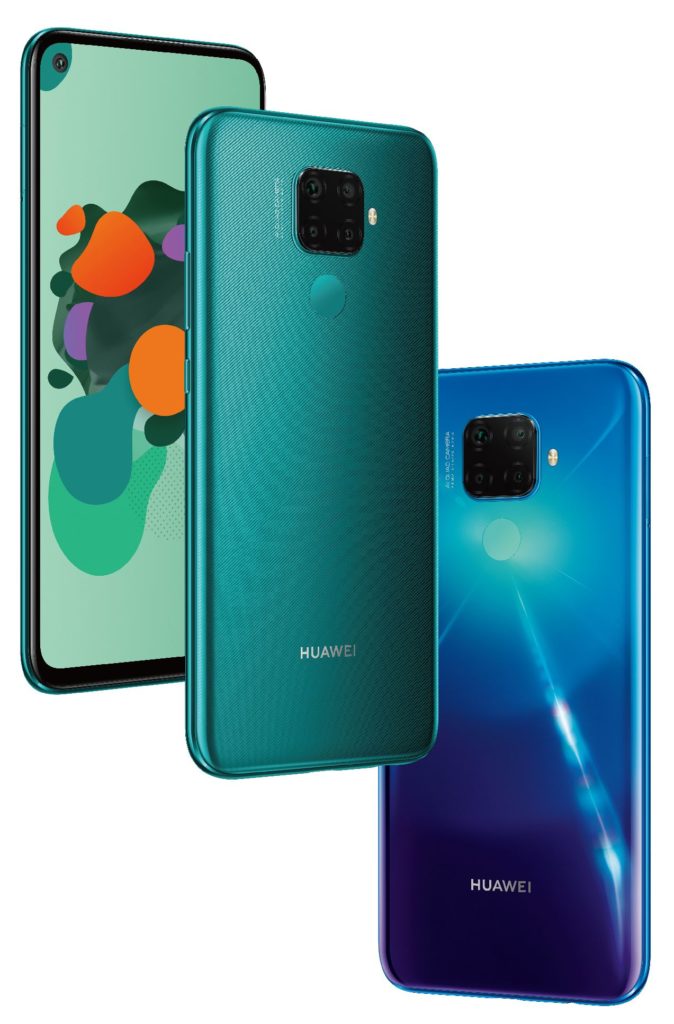 Last, but not least, the Mate30 Lite (above), which is basically the Nova 5i Pro, complete with its 6.26-inch display with a punch-hole for the 32MP selfie shooter, and a quad-camera setup consisting of a 48MP main camera, a 8MP unit, as well as two 2MP sensors. The new Kirin 810 chip, paired with 6- and 8GB of RAM options, will take care of the heavy lifting, coming in pair with 128- and 256GB of storage. Battery is expected to be rated at 3,900mAh.

We keep on getting some great savings, and today we have also found the Google Pixel 5, the OnePlus 8 Pro, and more devices on sale