BLU Vivo Air: pros and cons of the thinnest phone

At 5.1mm and no camera bump, the BLU Vivo Air may be the thinnest phone that you can buy today – and it’s not all that expensive either. Take a look!
Published 12 February 2015, 00:04 EST

Do you remember the last time you looked at the cell phone display in your local electronics store? How you wandered over and picked up what turned out to be a display unit? Rather than showing the actual device, merchants often put out fake phones which – from a distance – look real.

These display models often use the same chassis as their “legitimate” counterparts, but contain no components on the inside, so they’re super light, and their screens are nothing but a glossy picture instead of an actual display. That was our first impression of the BLU Vivo Air.

The iPhone 6 is 6.9mm thick and the “plus” version is 7.1mm. The Oppo R5 is technically thinner, but its very noticable camera bump isn’t included in that measurement (is that cheating?). The BLU Vivo Air is an honest 5.1mm thick – with no camera bump at all.

It’s thin, without being flimsy. It’s lightweight, without feeling cheap – well, without feeling too cheap. Like we said, the phone feels like it’s a display unit, devoid of any guts that would make it a real smartphone. Nonetheless, it powers up, its screen looks great, and it does what it needs to do. Once you get past how thin and light it is, the Vivo Air is simply elegant.

The screen on the Vivo Air is vibrant, almost too vibrant. Colors are super-saturated and video is hyperrealistic. Blacks are deep and luxurious, and text is crisp and neat. Powering everything is a “true octacore” SoC clocked at 1.7GHz. Though it’s not entirely “fair” to look at it this way, eight cores at 1.7GHz is 13.6GHz of processing power – that’s a very impressive number.

Top all that off with the purchase price of US$199 delivered, and it’s even unlocked out of the box. For that price, you’ve got to at least consider the Vivo Air. 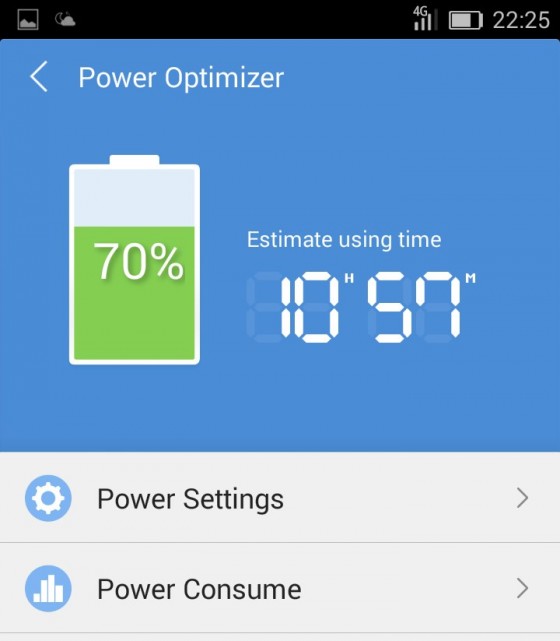 Although BLU has been around since 2009 and had reportedly shipped 10 million units in over 40 countries, it’s still a relatively small name – but growing.

That $199 price tag comes at a cost. You’re not getting a flagship here. The Vivo Air is a respectable mid-ranger, but it skimps in a few place that it probably shouldn’t have. First off, it’s got only 1GB RAM, which really shows. Performance wasn’t terrible, but it wasn’t as smooth as we’ve seen on any devices released in the last several months. It’s only got 16GB internal storage and no way to increase it.

There’s no pregnant camera bump on the back like Apple and Oppo have done, but that means the camera isn’t as high-end. At 8MP, it’s mediocre at best. Then there’s the processor, even though it’s got 8 cores, it’s a Mediatek. Mediatek still has to prove its worth in today’s SoC arena, and it’s struggling to do so.

Thin comes at a cost. The battery inside the Vivo Air is only 2100 mAh, and it’s not removable. In everyday use, that’s not bad, but once you start racking up a decent amount of screen-on time, especially if you’re streaming video, and you’ll soon realize that you’ve got to keep a charger handy.

Despite support for LTE in the Mediatek SoC, BLU went with HSPA+, but has no problem calling it “4G” on the box and on the signal strength icon.

Lastly, this marvel of thinness comes packaged with Android 4.4.2 KitKat. Since Google released 4.4.2 it’s passed through 4.4.3, 4.4.4, Android Lollipop 5.0, 5.0.1, and 5.0.2, with Android 5.1 showing up on some devices. Why BLU went with 4.4.2 is a mystery, but it probably has something to do with the heavily skinned launcher and other operating system components.

To add insult to injury, we had to swap out our nanoSIM for a microSIM (we’d like to thank Eric at the Syracuse T-Mobile store for helping us out with that!). It’s a little thing, but it gives us the impression that the Vivo Air is more a Q2 2014 phone than a Q1 2015 phone.

Nonetheless, for the price you’re going to pay for the Vivo Air, and the fact that it’s unlocked and should work just fine with any GSM carrier, it’s well worth the money that you’ll spend on it. It’s every funner to hand it to your friends and have them ask how on earth you got “Android working on an iPhone”.