IFA 2018 has pulled out a trainload of computers from many manufacturers, but Lenovo’s got its own spin and twist that only Yoga can provide.
Published 30 August 2018, 15:19 EDT

It’s been a busy IFA for Lenovo so far and there’s more yet to come.

The company has launched the ThinkPad X1 Extreme, the first in the series to feature a discrete NVIDIA GPU, the GeForce 1050Ti MaxQ. And if that’s not enough for you, can you count up to 64GB of RAM?

That spec line will be accompanied by the Intel Core i9 variant that will come in December. In the meantime, there’s the 8th-generation Intel Core i7 paired with a 15-hour battery and a rapid charge rate of 80 percent in an hour to keep work and gaming as portable as possible. Another memory spec? Space for up to two SSD and Raid 0/1 for massive array storage. All of this is served on a 15.6-inch 4K touch display with support for Dolby Vision HDR.

Pricing starts from $1,859 and availability goes from September. 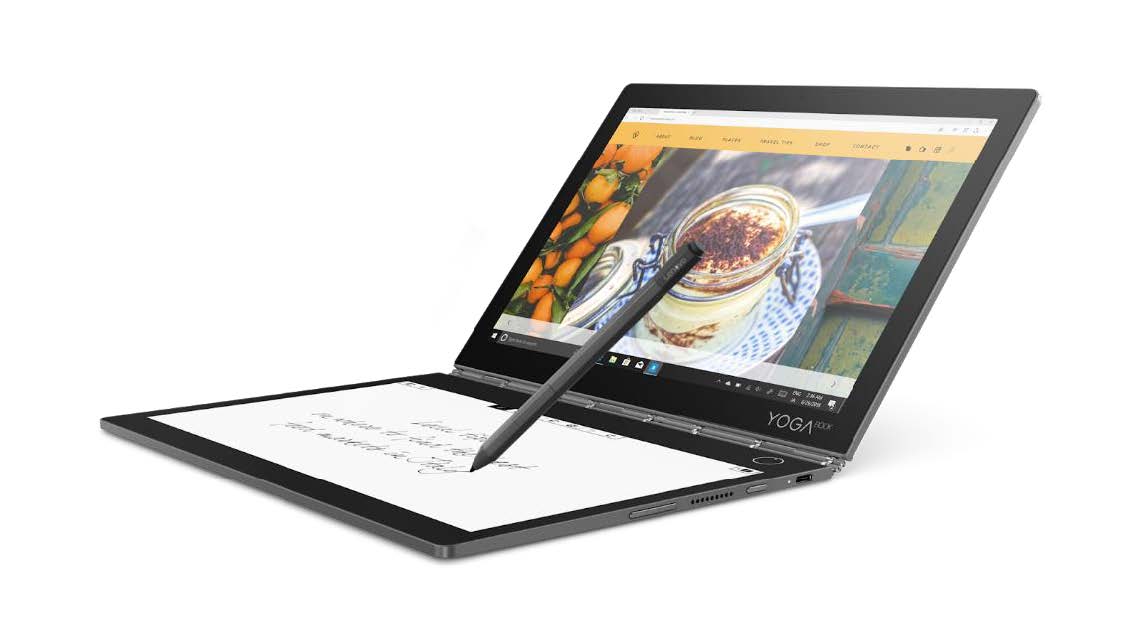 Moving on, the fully-foldable Yoga Book C930 is the latest flagship dual-screen laptop. It had a chance with Android in its original iteration, but has since stuck to Windows 10.

Weighing barely three-quarters of a kilogram and having only a 9.9mm profile, the device supports touch and stylus input on both 10.8-inch panels. One side is a 1440p IPS LCD unit while the other is an E Ink slab. That E Ink side is home to a virtual keyboard with improved haptic and auditory feedback as well as autocorrect functions. It runs on a 7th-gen Intel Core processor.

Europe, the Middle East and Asia will get the Yoga Book C930 from €999 starting next month.

And yet there’s more:

One of the upcoming Samsung tablets might be called Galaxy Tab S7 Lite, while the other one will bear the ‘Plus’ or ‘XL’ moniker.