I would prefer a thicker iPhone if it made it better

Miniaturization is an interesting thing. A couple of decades ago you needed a room to fit a computer, and today, you carry one that’s more powerful than some of NASA’s computers of the time, right in your pocket. My first Nokia cellphone was really small by the standards of 1998, and today, I notice that it’s four times bigger than the iPhone. It’s truly amazing how far we’ve come in the last 15 years, and yet, it’s clear that the industry is just getting started.

One of the most interesting trends that I’m sure some of you have noticed is how polarizing smartphones are. Some of them are either really big, and others are just not big enough depending on who you ask. Still, be it big or small, powerful or underpowered, beautiful or simply necessary, they all have a target, and therefore, they all sell.

For those of you that didn’t know, Brandon just sent me his first-generation iPhone for a couple of videos we’re planning. Those of you that are new to technology will not relate to what I’m about to say, but if you would compare the iPhone to anything you were using back in 2007, it’s clear that its size and shape was ahead of its time. Back then smartphones weren’t necessarily big, but they were all really bulky and thick. By contrast the first-generation iPhone is still thinner than some of the current smartphones in the market almost seven years later. 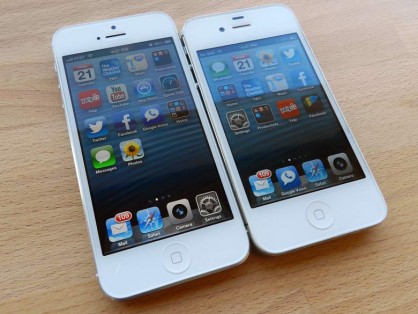 That being said, it wasn’t a perfect phone. Even though it was beautifully designed and crafted, it didn’t perform as beautifully during real-world use. The operating system was nice, and what it did, it did well, but that was as long as you could keep the phone turned on. See, even though my first iPhone was the 3GS, one thing that was very known in the industry is that iPhones didn’t have the best battery life, and that’s a huge problem.

Apple’s original slogan for the iPhone was – “Apple is re-inventing the phone”, and the company has reached that goal, up to the point where the rest of the industry has followed the concept. To Apple’s defense, we could say that since the battery life of every smartphone in 2007 was terrible, the iPhone didn’t really need to be that much better. Sadly, that doesn’t lead to happy customers, some of which have switched to monsters like the Galaxy Note 3, just for the added benefit of the battery. Let’s go through a couple of things that I would personally improve from the iPhone:

Apple, let’s start by being honest about the metrics

When you read the iPhone’s spec sheet, for the last couple of years we’ve been reading the same numbers: Talk time up to 10 hours on 3G, Standby time 250 hours, Internet use up to 8 hours on 3G, 10 hours on LTE, 10 hours on Wi-Fi, Video playback up to 10 hours and audio playback up to 40 hours. Even more interesting is the fact that the iPhone’s battery has only grown 12% in 7 years. Yes, the iPhone 5s has a battery that’s just 170 mAh bigger than the one of the first-generation iPhone. Try making that same comparison with any Galaxy Phone and you’ll be shocked.

The question is, how many hours does a day have? Seven years ago, 10 hours of average usage of anything made sense since we didn’t really handle most of our lives on our phones. That’s a different story today, as we rely on our phones for everything ranging from our social lives, to turn-by-turn navigation. Even if Apple’s metrics were correct and we all did receive 10 hours of LTE Internet browsing, what is a user to do when the non-replaceable battery is dead? No human being on this planet enjoys interruptions.

Does it have to be so thin and light? 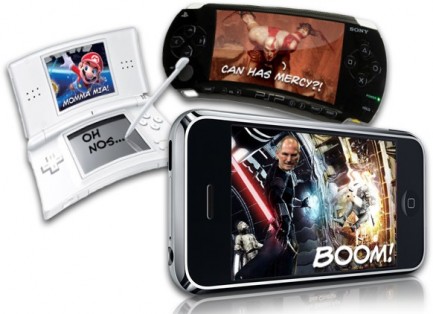 Tell me something, when was the last time that you held an iPhone, and wished it were thinner or lighter? One of the things I don’t understand is Apples infatuation for making its phone slimmer. Surely it looks and feels better in the hand, but I’m sure that none of the users of the iPhone 4S complained of how thick it was more than they complained of how little the battery lasted.

At times when phones are getting bigger and bigger in order to provide users with a more comfortable media consumption experience through a bigger display and a bigger battery, the iPhone is going the other way. Apple owns the healthiest app store in the business, and yet its consumption device has consumption limitations.

Apple has boasted heavily on the power of its A7 64-bit chip for gaming, and yet, the controller of the PlayStation hasn’t shrunk in size in over two decades. Why? Well, because hours of gaming require a comfortable experience, and wireless controllers that won’t die in 10 hours. The same can be said about reading books, magazines, etc. The iPhone can’t be everything, or replace everything, but being thin and light is not necessarily helping it reach these goals either.

If Apple would ask you today what you would want the next iPhone to be like, what would you ask for? I’ve personally never been a fan of jumbo phones, but I do find the iPhone to be too small and inefficient for media consumption. I honestly wouldn’t mind a bigger iPhone, or a thicker one for that matter, if that allowed Apple to give me a bigger display and better battery life. Smartphones are tools, and because they are very expensive ones, it does make sense for them to be beautifully crafted. Still, like in the case of the two USB ports on the old Macbook line-up being too close together to be useful, sometimes beauty shouldn’t interfere with usefulness.

What about you? Do you want a thinner and lighter iPhone, or do you want a better one? Leave us a comment.