The world needs a better Samsung

Some of you may not remember this, but a couple of years ago; the trend was for mobile devices to get small. My first-ever Pocket PC had a 3.5-inch display, and there was a time when I even had a 4-inch display on my next Pocket PC, but by late 2006 “the new thing” were 2.8-inch displays on hot devices like the HTC TyTN II. HTC was the big player of the time, and in a way this trend they began made sense since devices were quite thick and bulky, and having a large display on a device as thick as many of today’s laptops just made the experience uncomfortable.

By contrast, Motorola was the king of cellphones at the time when it came to design, and even though some of their designs were cool, there were a couple of phones that were just too cumbersome to use because of how small they became.

Then came the iPhone, and the beginning of the smartphone trends that we have today. People mock the iPhone for its screen size today, but back in 2007, its initial 3.5-inch display was one of the largest that the market would see that year. Even the QWERTY keyboards that we loved so much at the time are now gone as a new trend began to take shape where phones are now getting bigger and not smaller.

History has proven that trends are mostly set by the companies that lead their respective markets. Some changes are smart and prove their purpose through market acceptance, and others don’t, and can be seen in the way market leaders like Palm and Motorola don’t really exist any more. Still, one of the biggest problems of our time is that many trends are not really as smart as we’d want them to be, and still the Marketing behind them is strong enough to push them into market acceptance, or should I say, market tolerance.

A company that I feel is doing this is Samsung. I praise them for being bold enough to sell everything they can think of, but that’s not necessarily a good thing. They are the current market leader, and as such, “with great power, comes great responsibility”. Their marketing has done a fabulous job in helping them sell everything that their R&D lab came-up with, but not everything that they sell is as good or as useful as their marketing points it out to be. Here are my thoughts as to why I feel this is a problem: 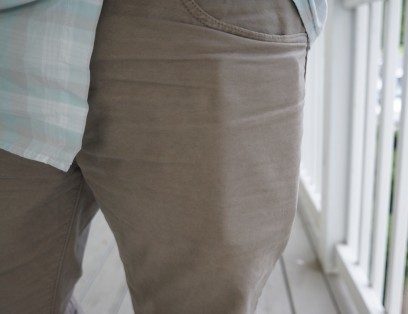 As much as I love like my Galaxy Note 3 for its battery life, display quality, and multi-window support, I can’t lie that I hate making phone calls with it. This goes to the point where I actually don’t use it to make calls, and mainly use the iPhone 5S for that. Still, after the launch of the first Galaxy Note, phones keep getting bigger and less comfortable to use. With devices like the HTC One Max, Galaxy Mega, and others, you wonder if the future of smartphones is going in the right direction. Do any of you actually enjoy carrying phones this big? Are they comfortable in your pocket? I know some of you die-hards will say yes, but the average human being wants a comfortable experience for everything, and not just one or two specific usage scenarios.

The same goes for TouchWiz where the experience is so convoluted with things you’ll never use, that the experience can become sluggish and cumbersome at times. Samsung is doing an amazing job at selling you how great Air View is on your device, but now that you own one, do you really use it? I don’t, and every single one of the people that I know that have Samsung phones don’t use it as well. Again, I do praise Samsung for trying, but this only leads to market disappointment as many people buy these phones for half-baked features they’ll never use.

Sadly the biggest problem when you have a market leader that’s insatiable is that their competitors get either confused or lazy. Some of these companies try to copy everything they can in order to offer a product that can compete, and others become lazy because those customers that become disappointed at Samsung products will come back eventually. 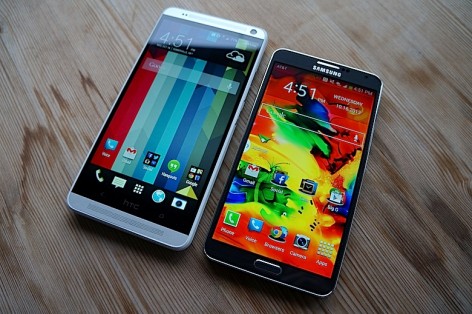 As an example, I have at least 4 friends that got themselves the Galaxy S III last year, but ended up hating its battery life, TouchWiz, and the camera so much that they returned to the iPhone. The iPhone doesn’t really have better battery life, and iOS 7 is not everyone’s cup of tea, but since Samsung hasn’t really moved the needle when it comes to true innovation, Apple is comfortable in continuing to sell the iPhone as it is. Yes, this is bad.

Another one of the bigger problems is that both users and OEMs are beginning to take build quality for granted. Marketing has become a bigger focus than better products, and this is not a good way to push the future of any product category.

As the market leader, Samsung needs to focus on being better and not just being the leader through abundance of products and services. Marketing can only go so far, and what they’re doing is giving competition enough time to come-up with something smarter. The world needs a better market leader that’s willing to push the bar of innovation in order to drive competition to do smarter things, and not just more things.

Friends, this is coming from a guy that uses a Galaxy Note 3 as his daily driver. I’m not saying that everything that Samsung is doing is wrong. Expandable storage and replaceable batteries are important for me, and therefore Samsung is my way to go, but I won’t lie to you that every time that I see an HTC One, I feel compelled to switch. That feeling proves that I’m a Samsung customer because I have to, but not really because I want to, and that mainly has to do with my disappointment with certain parts of the product that can be fixed.

What about you? Do you agree or disagree with the fact that Samsung should be better? Leave us a comment with your thoughts.