The upcoming Moto Razr has been spotted in the wild, with a huge chin

We have recently seen several leaked images of the Moto Razr, but now we have the first real image of the phone in the wild, maybe. 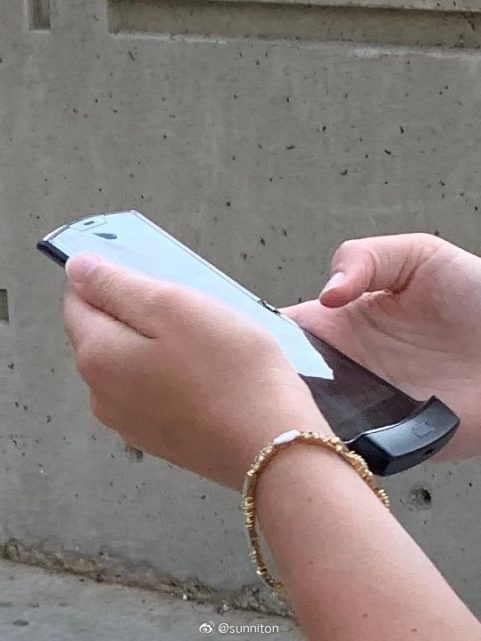 It seems that the Moto Razr is already out in the wild, and it has been captured on camera. Weibo user Droidshout has uploaded a picture of the Moto Razr, and it may just be the real thing. This picture matches most of what we’ve seen in the last renders, but it also reveals a huge chin on the lower part of the device. This chin homes the home button, or the fingerprint sensor, maybe both. We will surely receive more leaked images, and hopefully, a list of specs to know what to expect from the new Razr.

we have compiled a list of the best Moto G7 Plus cases. Here are the best ones that you can buy right now.

According to the posts by some owners on XDA forums, the camera app is causing an abnormal amount of battery drain.