The Razer Phone slathers the specs to turn on gamers

Controllers, gaming laptops, now, a gaming smartphone. And Razer does not skimp on the specs. But it does offer a surprise in the price.

San Francisco-based Razer has been making amazing headway in carving out a name for itself in gaming peripherals. It’s top in the market in the PC category for North America, Europe and Asia and has gotten a top spot for console controllers as well.

As expected, the company has taken the wraps off of its first smartphone ever, the Razer Phone. It’s an Android device with a spartan design that takes inspiration from subsidiary Nextbit’s Robin, but it slams in as many huge spec lines as possible to create what may be the juiciest steak in mobile for hardware freaks. And yet, it’s about the same weight as an iPhone 8 Plus.

The phone is the first to feature a 120Hz display that can adapt to lower rates per game, dubbed “Ultramotion,” and the first widely available device to feature Qualcomm Quick Charge 4+ — while ZTE’s Nubia Z17 had the fast charge standard first, it was only available in China. 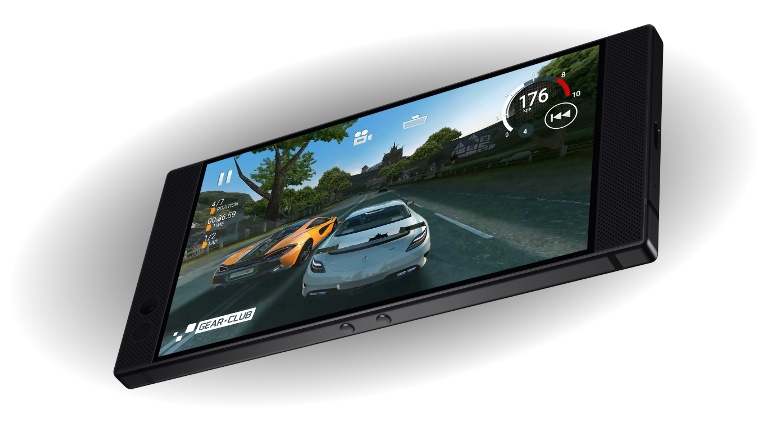 More than just firsts, to accompany the IGZO LCD‘s increased dynamic range, users will also get front-facing stereo speakers, each with an amplifier to use at will. While the device does not have a headphone jack, an adapter is provided for USB-C audio and Dolby Atmos sound — more importantly, the 24-bit DAC in the adapter has been certified by Razer subsidiary THX. Bluetooth 4.2 is available for those who prefer wireless earphones.

The device has nearly complete LTE compatibility for US network use, though it has GSM and lacks CDMA for 3G and older cellular connections. Three in the UK, Ireland, Denmark and Sweden will carry the device. Hong Kong-based parent company Hutchison had earlier partnered with Razer for development and sales. 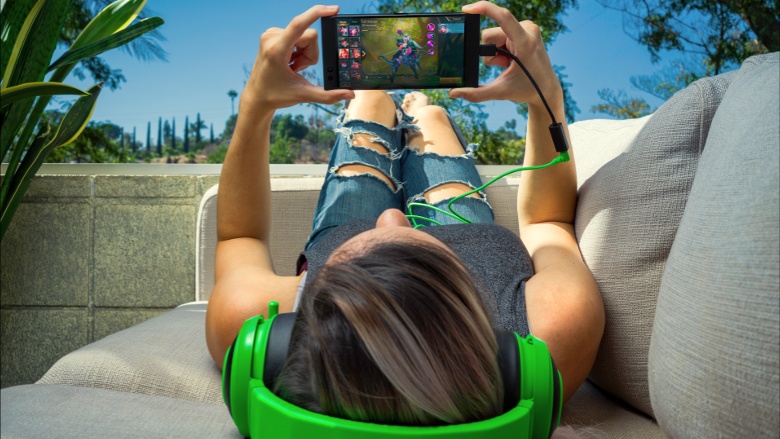 At nearly 200 grams and with its physical footprint, the three buttons on the device are small. The fingerprint sensor is laid atop the side-mounted power button while the opposite side features two little volume control nubs. It is meant to let players chug games down like how they chug radioactive green energy drink.

Razer has made the interesting choice of using the fully-featured Nova Launcher Prime as its default interface on top of Android 7.1.1 Nougat — we suspect it will be popular among general Android fans as well. An Android Oreo update is scheduled for sometime in the first quarter. 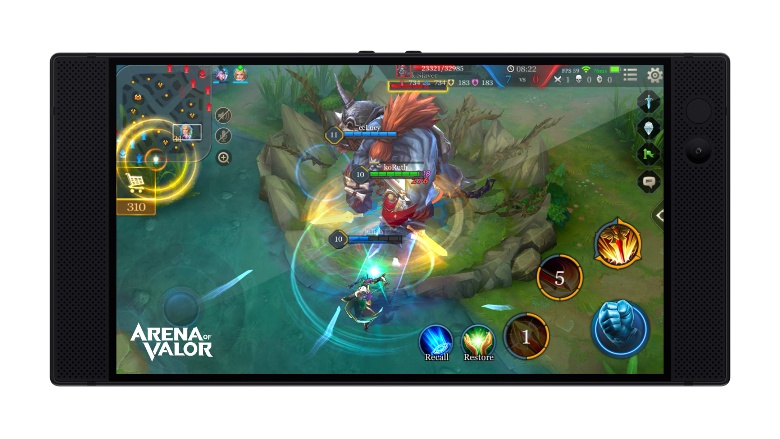 The Razer Phone will help launch the Android port of Square Enix’s “Final Fantasy XV: Pocket Edition,” while China’s Tencent will be bringing a collaboration with DC Comics in an iteration of its popular “Honor of Kings” game.

The price for this phone is $699. Pre-orders are available now in North America and Europe with shipments beginning November 17. In the US, Microsoft Stores across the nation will carry it only in retail stores. A special edition Razer Phone with a green chrome Razer emblem will be available at the Razerstore San Francisco as well as Three and Microsoft stores. Only 1,337 units will be available.

You can check out Pocketnow‘s hands-on video right here.