The Pros and Cons of BlackBerry going Android-exclusive

BlackBerry is doubling-down on Android this year. Is BlackBerry going Android exclusively a good thing for Blackberry? For Android?
Published 08 January 2016, 01:01 EST

Back in the early days of handheld mobile technology we packed around things called “PDAs”. Apple made one, which it called “Newton”. Palm made one, which it called “Pilot”. Microsoft’s partners even made them, which went by a few names – Handheld PC, Palm-sized PC, Pocket PC, and so on. Eventually Apple killed Newton. Palm spun off and fizzled, and Microsoft pushed forward (renaming things again and again along the way). Ultimately, our PDAs and cellular phones merged into one device.

Microsoft’s offering was dubbed “Windows Mobile” (and later “Windows Phone”). Apple got back in (and revolutionized the industry) with the iPhone. The search engine company, Google (now “Alphabet”) even got in the game with Android.

There was, however, another player lurking in the shadows: RIM’s BlackBerry. 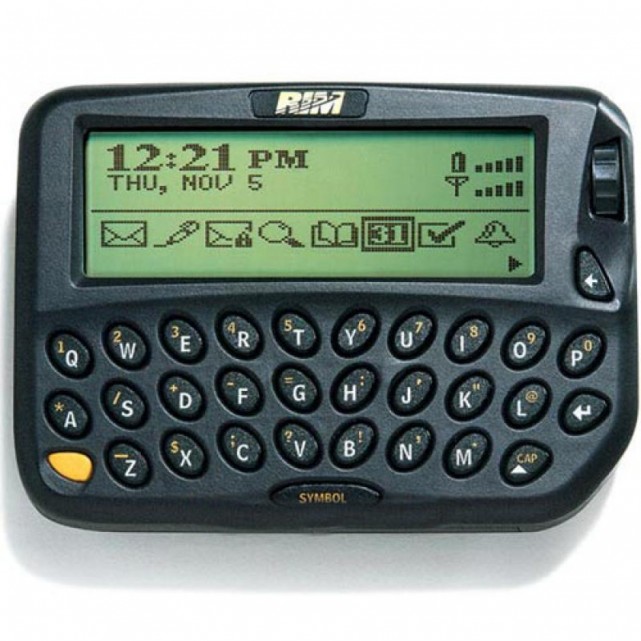 The first device Research In Motion Limited (RIM) released was the [email protected] Pager 900. It was a clamshell-like gadget that let its users employ two-way paging. That was back in 1996. In 1998, IBM wanted to offer something for its tight-suited, business executive clientele. That device was called the [email protected] Pager 800, and IBM ordered a whole bunch of them – around US$10 million worth.

The first device to employ the BlackBerry name was the BlackBerry 850. Unlike the previous two-way pager devices, the BlackBerry 850 was an email pager. Email, actual, real email – right there in your pocket (well, clipped to your belt, but you get the idea). In 1999, that was groundbreaking, and RIM had executives from companies all over the world clamoring to get their white-collared hands on them.

That was RIM’s bread and butter – the enterprise business exec. Security was tight, and it was handled mostly by RIM. The company managed and maintained its own servers, which freed up corporate IT administrators to focus on other things (like servers, switches, and the health of the corporate network, among other things).

The revolution in mobile computing was a threat to all that. iPhone was something that any end-user could set up. It was very friendly, and did a lot of things that BlackBerry couldn’t. Execs tend to like “shiny” things, and popular opinion began to be swayed toward Apple’s offering – despite the fact that it, and the messaging services behind it, were nowhere close to as secure as BlackBerry. Nonetheless, market share began to drop – then dwindle.

That’s where things started to get interesting. As BlackBerry fought to remain relevant, it adopted the ability to install and run Android applications inside its BlackBerry OS. Which, despite its drastic leaps forward, seemed to alienate dedicated users as the OS evolved further and further from its roots – while still remaining different enough to dissuade new users from joining the club.

That’s about when many loyal users say BlackBerry “jumped the shark”. For those of you unfamiliar with the term, that’s the point at which “far-fetched” events are undertaken, and is typically indicative of a decline in quality.

In this case, last year, when BlackBerry released a smartphone powered by Android – plus a suite of BlackBerry Apps – die-hard fans felt the company had gone too far. They felt BlackBerry was heading down a path that would abandon the heart of what BlackBerry really was and relegate the company to “just another Android OEM”.

Ironically, however, the move seems to be paying off. At CES 2016 this week, BlackBerry CEO John Chen confirmed that we’d be getting a new model running Android this year, as well as the possibility of an additional Android-fueled handset later on. But those two phones – if the company does indeed make both – would be the entirety of its lineup for the year.

Put another way, all the phones from BlackBerry this year will be powered by Android. What about next year? Well, Chen didn’t put BlackBerry OS in the grave just yet, but if you want a BlackBerry running something other than Android any time soon, don’t hold your breath.

BlackBerry still has plenty of software that it’s got built into its flavor of Android, plus a handful of exclusive apps. It’s also leading the pack with its increasingly hard-to-find hardware keyboard. Add to all that the features that BlackBerry still offers to corporate customers, and it’s clear that BlackBerry has a very unique seat among Android-powered smartphones.

On the other hand, dedicated users have yet another user interface to master, one that’s significantly different from the BlackBerry OS experience they’ve gotten used to over the years. Android doesn’t have the “security by obscurity” that BlackBerry OS has enjoyed, and even though they shouldn’t, that’s something corporate “suits” still look to.

Despite being powered by Android, since BlackBerry includes it’s own “members only” suite of apps, those who own LG, Samsung, Lenovo Moto, Huaewi, Asus, and other Androids may not be able to “play nice” with those who have BlackBerry Androids.

We haven’t covered every angle here, there are so many. Perhaps what’s more relevant is what’s important to you. What pros and cons do you see coming out of what looks to be an Android-exclusive BlackBerry lineup? Does this news make you more or less likely to adopt BlackBerry as your next handset? Head down to the comments and let us know!

Samsung has applied for a foldable tablet patent at USPTO(the United States Patent and Trademark Office) and it has been granted on February 16, 2021.

Here are some of the best colorful cases for your Galaxy S21 Plus.