It’s the weekend before Christmas and about time to shut down, grab a warm beverage and sit in front of the yule log. Or run up the sand to the froth with a surfboard. Or plug into the latest episode of the Pocketnow Weekly Podcast! Or work as normal, because you don’t happen to celebrate a holiday this week. We’re thinking of you. That’s why we’re going to do a little bit of navel gazing and see what smartphones our editorial team members would give to one another.

If you’re not familiar with what a Secret Santa scheme is, what I’ve done is assign one person to “give” a smartphone to another teammate and give a little spiel about why they chose that device — it’s a nice, if not humorous test to gauge how well we know each other. I’ve also asked for “recipients” to send their reactions to their gifts only to me so that by the time you’re reading this piece, the givers will know whether they’ve hit the mark with their choice.

Alright, enough of the rules, let’s rip up some gift wrap!

Our Editor-in-Chief Anton D. Nagy chose the Nokia 808 PureView for our resident camera geek. In his own words:

It’s the phone that really started the smartphone photography revolution. And it was back when Nokia was Nokia. Not HMD, not Microsoft, so it — I believe — should be something symbolizing much more. Since Juan is a photographer, he’d definitely appreciate the quality and I’m pretty sure he’d get over the shortcomings of Symbian 🙂 This phone is no longer just a phone, it’s a symbol. 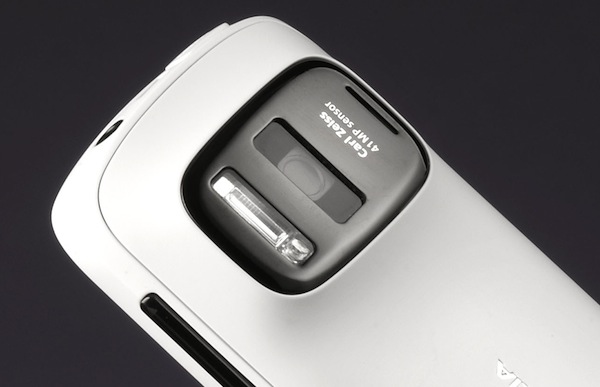 As someone who spent lots of time with a Lumia 1020, but never spent more than an hour with the 808, this is definitely the perfect fit for me.

I tasked myself with getting my fellow News Editor a little something and ended up going for an all-around Android adrenaline rush with the OnePlus 5T. Now, as much I’ve worked with Adrian on the news, I really don’t know the guy himself — so I really can’t do a funny gag or anything like that. But I suspect he likes a muscle phone just as much as a lot of us. And he’s a pretty no-nonsense guy. Gotta say, I’m shooting for a bullseye with the OnePlus 5T. 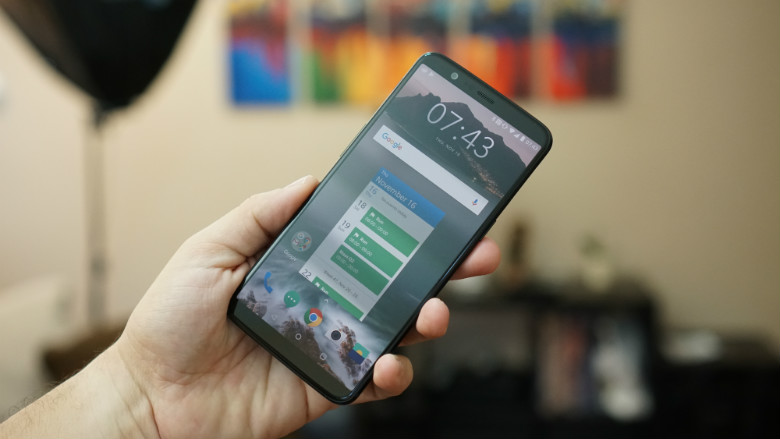 Did I even hit the board? Here’s Adrian’s response:

It’s true, I’m a pretty mysterious guy. Sometimes, I have a hard time justifying my own actions. For instance, I insist on hanging on to a Nexus 5X I purchased a little over a year ago at a sweet discount as a daily driver, even though I’ve had to employ two different bootloop fixes in the past couple of months alone to keep the darn thing alive. I guess my point is when should I expect to receive that OnePlus 5T beast? Me needs the upgrade.

Well, lucky for me, I don’t have his shipping address, so I’m not obligated for real.

From Los Angeles to New York, Juan’s giving his cross-country colleague, who sidelines as a professional photographer, a more unique choice to replace the multiples of the Lumia 1020 he literally has.

I’m gifting Adam a Panasonic CM1, an unholy combo of camera stapled to a facsimile of an Android phone, but if anyone on our team could get good results out of it, that man is Adam Z. Lein. 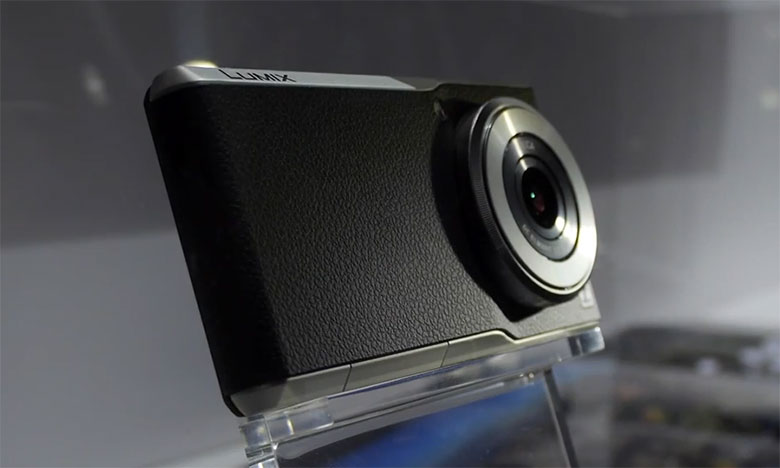 For Adam’s part, there was a little give and a little take, but he was overall impressed.

I totally had to look up what that even is, but of course I love phones with really powerful cameras. The Panasonic Lumix CM1 has RAW support, manual controls with a wheel around the lens, a full 1-inch sensor, and even an actual variable aperture (unlike the fake aperture filters of today’s phones). The 1-inch sensor is sure to be fun to take photos with as it’s even larger than the 2/3-inch sensor on one of my favorite phones, the Lumia 1020. There’s no Xenon flash on the CM1 though, so I’ll have to carry an off-camera Litra Torch.

Pity the extra flash, but a worthy toy nonetheless. And if it weren’t for the fact that the device had to be a phone, maybe Adam would’ve done well with the CM10 instead.

What does the Editor-in-Chief need in his P.O. Box this Christmas? I happened to pair up Pocketnow‘s most senior member on the team, Adam, to shine a light. 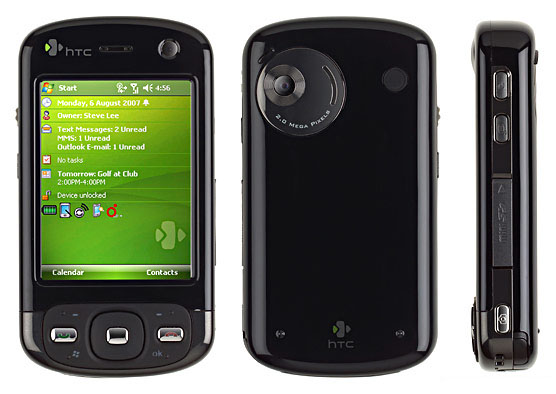 Get ready for a story, here.

“The back of the HTC Trinity is kind of boring”, and I swore for a second that he’d continue saying “so we’re spicing it up with the iPhone X’s fascia,” but then I realized this is an iPhone X with an HTC Trinity custom skin on the back, and not vice versa 🙂

Adam knows that the HTC Trinity was my first and most beloved smartphone. Ever! I still have it somewhere; sadly it won’t charge anymore. He also knows that I currently use the iPhone X as my daily driver.
What Adam doesn’t know (or maybe he does), is that I’d trade my iPhone X, and all the other phones I have, to get back to the HTC Trinity. And it’s not because Windows Mobile was so cool (though it was), or that it had a great camera (it was bad, really), it’s because I really miss the feeling I remember having back in the day when a smartphone was more than just a smartphone, regardless of the price tag. Back then, I would take out my HTC Trinity and go into settings and menus and launch apps and close them for hours — I didn’t have data, so I was mostly offline except when I connected it to a PC via ActiveSync. Yes!
Thanks, Adam, for bringing back nice memories! Next year I want a time machine!

He wears nifty T-shirts, drinks lots of coffee, shoots a whole bunch of video and always has a packed suitcase ready to go. How does Adrian match a phone to Jaime Rivera’s tastes?

Because I know how much Jaime likes to travel, my choice has to be the ultimate battery powerhouse, the total productivity workhorse and the heavyweight security champion that is the BlackBerry KEYone. It’s also not extremely expensive, so if we were to do this thing for real, I’d have a chance to get a pricier, better overall package from my Secret Santa gift giver, and make a little profit. After all, it’s the gesture that counts, right? 🙂

By the way, Adrian didn’t know that I had sent him a OnePlus 5T until after he sent his gift, so if he got a KEYone now, he would be pocketing the difference between $50 and $100, depending on variant. Well, I’d hire Adrian as my stock broker. 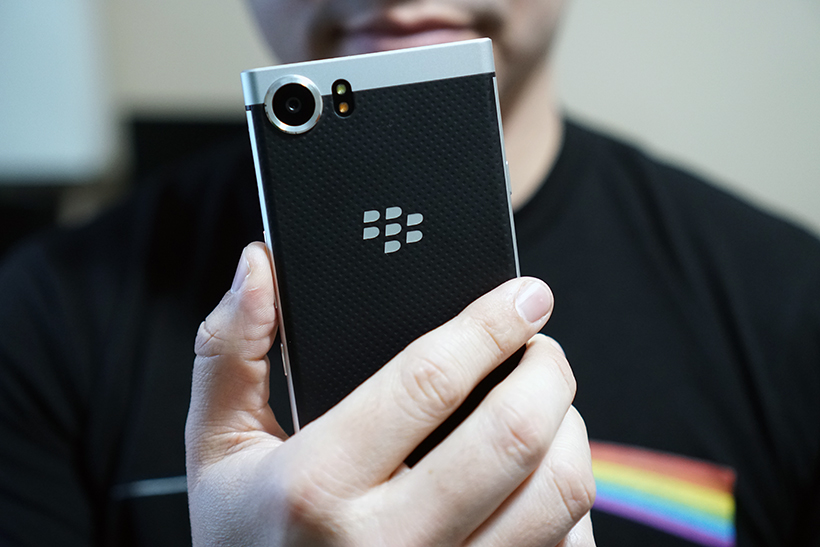 Jaime had to put a little tact into his response, but the appreciation’s still there:

Thanks Adrian! Tradition where I’m from is that gifts should be kept regardless. The BlackBerry KEYone is definitely a great phone that clicks a ton of buttons for me, pun intended.

I guess my biggest problem with it is the learning curve in using that keyboard constantly. It’s one of the main reasons why I drifted to the Google Pixel 2 XL. It may not have the battery life of the KEYone, but it’s better than average, and it’s camera is second to none at the moment.

I’d still call that a passing mark, though.

Well, my last name goes farthest down the alphabet and the only person who hasn’t given yet is Jaime. I already owe the guy a cardigan sweater — you don’t want to know — so let me hope that there isn’t some obscure coal-phone he’s sourced for me.

I’d say Jules is the king of candid photography. It leads me to believe that if there’s anything he’d care about most is the camera on the phone. Candid photos require a product that can deliver with every shot, and that doesn’t require much playing around with. The two best pics on my book that deliver just that are the iPhone X and the Google Pixel 2, but if I had to choose just one device, Pixel 2 is just a hard camera to beat.

Funnily enough, I actually own a Pixel 2 on my Project Fi line. Honestly, I do love shooting anything that strikes me funny and this phone has the ability to keep up with me. I’m not the steadiest person around, but I do get more hits than misses with this thing — even though I tend to be more partial to the misses. And as for that “king of candid photography” moniker, I truly don’t deserve it.

Third watch, as they say, makes the world run.

You think you have us nailed down? Perhaps you’d like to confess that you know someone’s mobile habits a little too well. Whatever you have to give to whomever you want, be sure to tell us in the comments below! Happy holidays!