The OnePlus TV isn’t out yet, but it already has competition: the Motorola TV

The OnePlus TV is landing in India next month, and Motorola just unveiled its own Android TV, in partnership with e-commerce website Flipkart.
Published 16 September 2019, 12:00 EDT

The battle is on between Android smartphone makers, in India, for Android TV dominance. The OnePlus TV is landing in India next month, and Motorola just unveiled its own Android TV, in partnership with e-commerce website Flipkart.

…and it’s not only a single product, we’re looking at a Motorola TV product range containing models between 32 and 65 inches in diagonal. They are powered by Android 9 Pie, and pack features like Dolby Vision and HDR 10.

Displays will be IPS LCD panels, with 1080p resolution for the smaller ones, and 4K resolution for the 43-incher and above models. Other hardware details include 2.25GB of RAM, 16GB of storage, and Mali 450 GPUs, alongside built-in 30W sound bars featuring DTS Tru Sound and Dolby Audio. 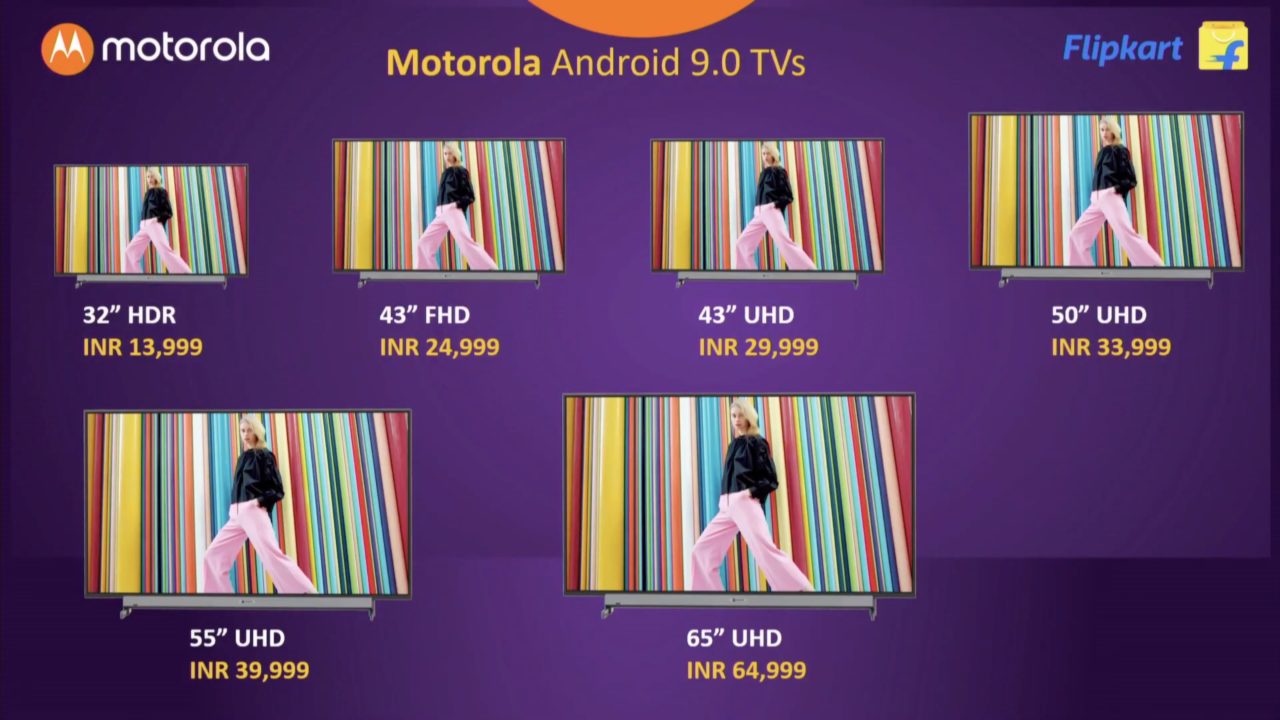 On today’s Pocketnow Daily, we talk about the newest chapter in the US-China trade war and the Huawei ban that could also affect Apple and more
YouTube 1.8M
Facebook 569K
Twitter 196K
Instagram 133K
RSS