The New iPhone’s Connector: Hot or Not?

Apple’s 30-pin connector has infiltrated almost all of its portable devices, including the iPhone and iPad. And despite being an Apple-designed interface limited to Apple products, the port is nearly as ubiquitous in some parts of the world as the Micro-USB charger. The dream for some iOS users, myself included, has long been that Apple would someday adopt a more common standard for its physical interface. Since we’ve known for a while that the new iPhone will incorporate some of the biggest changes yet seen to the line, the hope for a new connector has been running higher than ever.
Published 31 May 2012, 15:21 EDTUpdated 01 April 2021, 10:00 EDT

Apple is a master of making slow, steady iterations to its products, and when it comes to new devices or features, is famous for preferring to “do it better” than “do it first.” This has resulted in the current fifth-generation iOS smartphone, the iPhone 4S, looking not all that dissimilar from its original-recipe progenitor, despite five years having passed between the two. Granted, the feature set has ballooned, and the industrial design has matured immensely, but the devices still appear not just cousins from the same family, but siblings who grew up in the same house.

Many component similarities account for this, from the now-undersized 3.5″ display mounted above the now-outmoded home button, to the black-face-with-metal-trim design aesthetic. And something else has remained completely unchanged across the iPhone line: the 30-pin dock connector at the bottom. 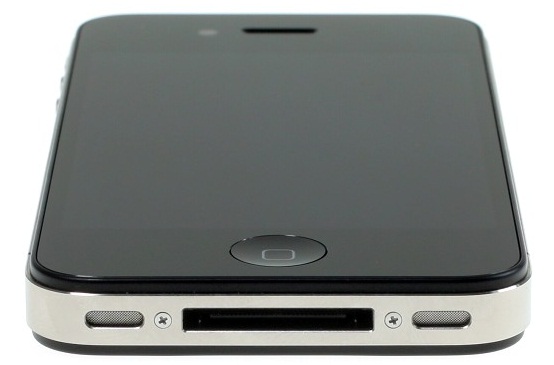 Apple devised the 30-pin connector way back in the days of the third-generation iPod, seeking a better means by which to consolidate multiple inputs and outputs into a single connection. The fact that this resulted in a huge accessory market -an entire hardware ecosystem based on the proprietary connector- was certainly no accident. Today, the 30-pin connector has infiltrated almost all of Apple’s portable devices, including the iPhone and iPad. And despite being an Apple-designed interface limited to Apple products, the port is nearly as ubiquitous in some parts of the world as the Micro-USB charger.

The problem: the parts of the world where that holds true tend to be Starbucks coffee shops in the richest sectors of the globe. The iPhone is wildly popular, but it still doesn’t make up the majority of phones globally, or even the majority of smartphones. So its 30-pin connector port, while common, isn’t anywhere near universal. That means added inconvenience for iPhone users who need to borrow or buy a charger while traveling, and added cost for users who switch ecosystems, jumping to or from an iOS device.

The dream for some iOS users, myself included, has long been that Apple would someday adopt a more common standard for its physical interface. Since we’ve known for a while that the new iPhone will incorporate some of the biggest changes yet seen to the line, the hope for a new connector has been running higher than ever.

A few days ago, phone-repair site uBreakiFix leaked a couple images of what it purported to be components for Apple’s next-generation iPhone. Aside from some dubious camera focus and a rather distracting “digital attribute” on the part of the photo-taker, the pictures are notable for what they show: a redesigned device casing with larger speakers and a much smaller connector port. 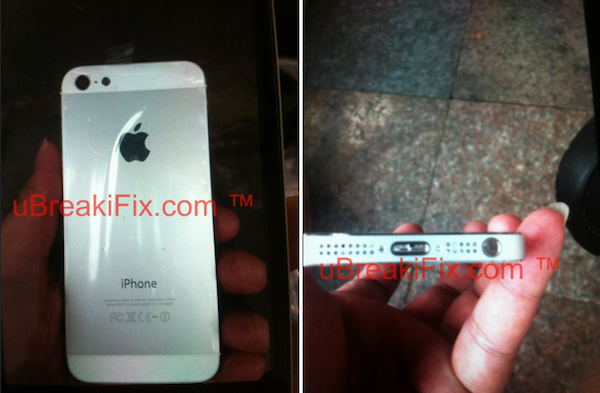 Seriously, that nail is gross.

The smaller port was intriguing, so I struck out in search of more information. Sadly, all the traffic seems to have gotten to our friends at uBreakiFix, reminding us all that the internet is a many-splendored, but fragile, thing:

Be kind to your servers. You’ll miss them when they’re gone.

Those images have since been reinforced with similar, better-quality shots via 9to5Mac, reinforcing their veracity. Since then, Pocketnow and other sites have weighed in, and everyone seems to be in agreement that this new, smaller port is most likely not an example of the much-anticipated Micro-USB-on-iPhone, but rather a miniaturized version of Apple’s dock connector.

So, you know what? That disappoints me. Like a lot of you out there, I’ve got a collection of cables lying around, catering to my various devices. I’ve got car chargers plugged in to cigarette lighters in vehicles I sometimes use, data cables latched in to computers in my personal and office spaces, and more wall warts taking up outlets than I know what to do with, and all of them bear the same flattened rectangular Micro-USB connector. It’s awesome. I can sit down pretty much anywhere I usually go, and be reasonably assured that I’ll have a place to plug in my power-hungry Galaxy Nexus. For the past few weeks, these cables have also served as surrogate temporary homes to my HTC One X and Lumia 900 review units, and in days past, my Pre3 and Samsung Focus also suckled from these same standardized straws. Sure, sometimes the voltages aren’t ideal, charging devices too slowly, and some of the cables don’t have the right pins to suit all sync functions, but more often than not, everything does indeed “just work.” It’s nice. And it would be nicer if my iPad could join the party, rather than forcing me to cart around a special charger dedicated just to it. 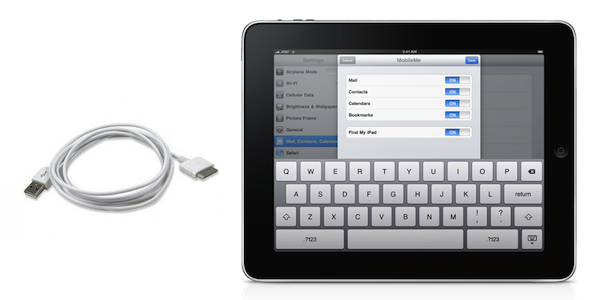 It took me a little bit of research to figure out why Apple was so married to this idea of the 30-pin connector.

It’s more than just the accessory-empire aspect mentioned before, though that’s certainly a huge part of the equation. iPhones, iPads, and iPods are surrounded by a veritable nebula of accessories built especially for them, with dock-connector support integrated under a standard called “MFi.” This Made-For-iPhone/iPod/iPad certification serves as a kind of proprietary sub-standard, allowing accessory makers to ensure that their products work with Apple’s iDevices. Apple benefits not just financially by making and selling its own such accessories, but because of the ecosystem lock-in these accessories reinforce.

On a more technical level: the Apple dock connector really packs in a lot of functionality. Until recently, I’d never considered the impact of the term “30-pin” as it applied to that clunky rectangular connector, but there’s a lot of stuff making use of those pins. Across the many iterations of the dock connector, Apple has packed in support for serial, video, S-video, Firewire, and USB connectivity, various required grounds and accessory status indicator paths, and -crucially- audio line in and out.

It’s that last bit that seems to be one of the big obstacles to Micro-USB in an iPhone. Though there are variations of Micro-USB that allow for audio-out, I didn’t find it to be terribly common in my research, with most posts on message boards asking how to modify various Micro-USB-enabled devices to deliver audio via the port. Since it finds its roots in the iPod line, one of the most crucial elements of the Apple dock connector is music delivery; a large percentage of the accessories making use of the 30-pin port are speaker docks and other devices which leverage the power of the port to deliver audio, rather than relying on an additional cable for the 3.5mm headphone jack. Whatever standard Apple embraces for the new iPhone will need to replicate that functionality, and all signs point to the new, smaller dock connector as the chosen medium for that purpose.

So it makes a bit more sense to me now, but it’s certainly disappointing. It means a lot of these USB cables around my house are going to continue going a while between uses.

You know what I’d really like to see? A new iPhone with no connection port whatsoever. I’ve talked about the high-awesome-quotient of wireless charging before, and with services like wireless iTunes sync and Bluetooth streaming, we’re almost at the point where ports of any kind start heading down the dusty trail to the Antiquated Novelty Junkyard. Sadly, though, because of how deeply cables and ports are ingrained in our electronic culture, we’re probably looking at many years before that reality comes to pass.

In the meantime, we’ll keep seeing smaller, newer physical interface standards emerge, with Apple likely to keep pushing their own sub-standards as long as the world keeps letting them.

Are you buried in accessories featuring a particular connection standard, and scared to jump platforms as a result? Do you tremble in fear at the coming credit-card bill from swapping out all your iDevice docks or buying a handful of dock-connector adapters? Do you know more about the future of Micro-USB? Drop a line in the comments and let’s talk all about the magic of physical connectivity. The geeky kind.

The new generation of Samsung foldable devices aren’t cheap by any means.…

Today’s best deals come from OnePlus and Amazon.com, where we find the OnePlus 9, Apple accessories for your iPhone 12, and more