Palm, Nokia, and Blackberry have fallen. Which OEM will be next?

With a number of major OEM’s meeting their ends it begs the question, what will the next fallen OEM be?
Published 24 September 2013, 07:00 EDT

First of all, apologies for the headline. “How the mighty have fallen” is typically reserved for mocking those who have “fallen” and we here at Pocketnow do not intend to sound mocking or belittling. Far from it. We have the utmost respect for both Palm and Nokia (and Blackberry) for having a large part in what we all write/talk/live/breathe today. To think that either is now a fallen OEM does not sit well with us at all.

It’s with a certain amount of sadness that we write about these once proud warriors who now lie beneath the earth, their mighty broadswords thrust into the earth to mark their final place of rest. Palm and Nokia were once in the smartphone world what Apple and Samsung are today.

Of course, unlike the actual proud warriors I’m using in that analogy (for some reason I’m picturing Vikings – the Norse fellows, not Adrian Petersen) Palm and Nokia have not actually “died” in the way a sword through the heart will make you die. Palm is still wallowing in a split-personality kind of way somewhere in between HP and LG. Nokia has been boxed up and FedExed across the ocean to the land of coffee houses and boring music. So it’s not really fair to say that they’re “dead” per se, but more “taken prisoner”. And it will take both Steve McQueen and James Garner to tunnel under that wall.

That being said, it begs the question: Who’s next? Blackberry is the easy answer. With a 40% workforce reduction and the Wall Street Journal putting them on Craigslist by November, it’s a pretty sure bet.  Add to that their recent agreement to go private and become a software company, and you can bet the Z30 is about to become the Pre 3 of the mobile tech world. The speculation around this news is that Blackberry has produced their last keyboard. All that’s left is to license “Peek” to Windows Phone *fingers crossed*. 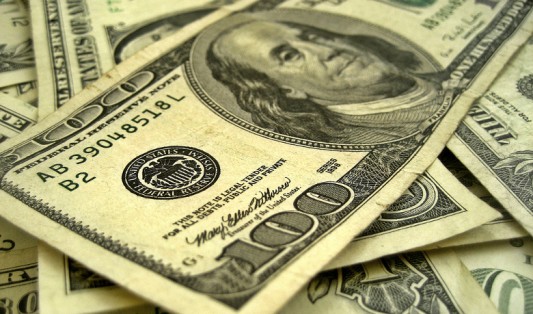 Blackberry has had a rough time figuring things out recently after leading the charge along side Palm and Nokia for years. Blackberry was synonymous with “smartphone” as little as five years ago. But then they bowed to peer pressure and started actively pursuing the consumer market at the expense of their enterprise market. Then they stopped making phones for two years, and when they started again, they were two years behind everyone else.

It hasn’t been pretty.

But let’s take a broader look at the landscape. Let’s look for answers that aren’t quite as obvious. Who else could potentially toss their hands up in the air and call it quits in light of the stranglehold that Samsung and Apple have on the market today? Is it even possible that someday Samsung and Apple could be gobbled up by new fish on the horizon? Seems unthinkable right? That’s what I thought when I hitched my wagon to Palm.

Right out of the gate, you have to look with a raised eyebrow at HTC. Ironman notwithstanding, HTC has been playing second fiddle to Samsung for quite some time now. The HTC One was supposed to be their Galaxy buster. And in a lot of ways it was superior to Samsung’s favorite son, except in the way people actually use their smartphones after talking, texting, and emailing. HTC compromised on their camera on their flagship device, which could be described as the exact opposite of Nokia’s approach who went all in on their camera and little else. Shockingly, neither strategy has worked out particularly well. 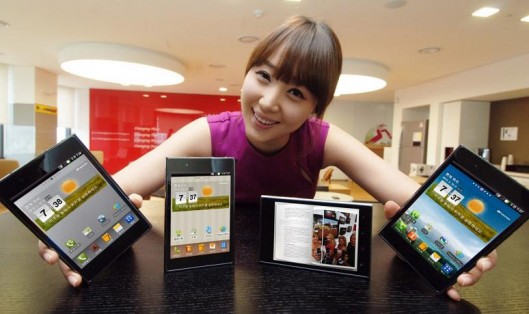 If not HTC, LG is another prospect that could back away from the dealer’s table. LG has a lot of interests elsewhere outside of the mobile space, so they could decide that smartphones simply aren’t carrying their weight. The recent lackluster efforts of LG to bring their Android phones to the market make it seem like their hearts just aren’t into it.

This is a sad thing. It’s not fun to see competitor after competitor ride off into the sunset. Especially with not a whole lot of newcomers (Ubuntu, Firefox, and Jolla fans, we’re talking about serious newcomers) coming into the game. Competition breeds innovation after all. I don’t long for a world comprised of only Samsung, Apple and a teensy weensy Microsoft. I would love for Palm and Nokia and Blackberry, and heck even Dell to still be around and fighting the good fight.

But the departure of Palm is in the distant past. Nokia’s change of address is more recent and with Blackberry’s end seemingly in sight, it does make one wonder, who’s next? I hope it’s not HTC or LG, But from where I sit, they seem like they have potential to cast off this mortal coil next.

What about you readers? Is there any company out there with a target painted on its back? If you were in Vegas, laying odds on the next to go, which square do you put your chips on?

Nokia announced the Nokia 1.3 Android Go smartphone back in March. As…