The iPhone 5 Better Be Good Because Competition Has Changed

It’s amazing to think that so much has changed in just five years. It was the year when Windows Mobile 6 was announced, and when I just couldn’t hold my crave to get me my first true Smartphone to replace the Pocket PCs that had dominated my pocket for five years before that. Even though I did hear that Apple had announced an i-something just a month earlier, I was honestly not interested. I felt that it was too expensive, and too underpowered to compete with the HTC Herald that I had just unboxed.

Still, one thing did strike me when I watched Steve Jobs in his MacWorld 2007 keynote. He mentioned that the software that powered the iPhone, which back then was just known as iPhone OS, was at least five years ahead of its time. A bold statement in every way, but also kind of true. Sure it didn’t multi-task, have apps and lots of other things, but it served as the foundation for one of the biggest tech revolutions we’ve seen to date. If that weren’t true, nobody would’ve followed as they have.

I know many of you won’t agree with me, but I urge you to not take my word for it, and simply compare what smartphones were before the iPhone, to what smartphones are after it. Back in 2007, the world belonged to Nokia, RIM, Palm and Microsoft. Everything was about QWERTY keyboards, soft keys and productivity. I for one, never believed that any company that would sell a product at such an expensive price, would succeed so well when starting from scratch. And in a way, since all of the companies I just mentioned felt just as I did; they all sat and watched as they slowly succumbed to bold competition.

Competition is actually the key word in this editorial. It’s one of the best innovation tools ever invented. It disrupts comfort and pushes any company into being either better or die. Smartphones today are a gorgeous example of how we’ve all been benefited from competition. Even if the iPhone is still the best selling smartphone in the world, Android has become one bigger success story to benefit from the iPhone’s disruption after combining a more powerful OS with the push of many OEMs. In a similar way, before HTC innovated with aluminum uni-body structures on smartphones, it was all about cheap plastic. Before the iPhone 4 showed us how a smartphone camera should perform, nobody cared about the image quality on their phone’s camera either. Like these, I could give you a ton of examples of how each company has contributed in pushing the others into bigger and better products for us to use.

The question is, what happens when competitors catch up? Even if Jobs was right in the eyes of many of us back in 2007, the five years are over. iOS may have evolved and adapted to our current needs, but it’s still the same OS at its core. How do you keep a product at its peak if you don’t keep pushing those innovations to remain five years ahead? Here’s where we think Apple should push:

iOS 6 is not enough 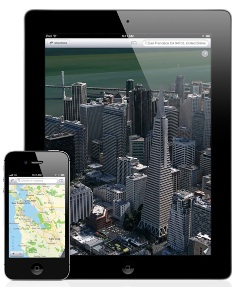 If Apple plans to release any new iPhone with just iOS 6, I fear it’s doomed to be good, but not as great as its competitors have become.

iOS 6 reminds me of Windows Mobile 6 five years ago, or Palm OS after almost a decade, or even RIM’s BlackBerry OS after almost the same period of time. All these operating systems died a slow death because of the reluctance of their creators to move on. Surely they looked much prettier than their first iterations, but that’s all they were, prettier. iOS is still not just lipstick on a pig like any of these were, but it will start to stink if Apple doesn’t push it further.

I’ve been using the first three betas of iOS 6 for the past couple of weeks on both my iPhone 4S and my new iPad, and I’m still trying to find the 200 new features. Sure there are a lot of neat features coming, but after spending time with Android 4.1 Jelly Bean, or even after the love-hate relationship I have with Sense 4.0, I can’t help but feel how old and boring iOS has become.

Google’s first iterations of Android seemed to be more of an experiment where Google was just looking for additional ways to have people consume their products. Ice Cream Sandwich was a different story though, where Android became the mature OS we were all waiting for. And then we have Jelly Bean, which has taken that maturity into the speed I still find unbelievable on such an underpowered phone like the Samsung Galaxy Nexus.

iOS 6 no longer feels ahead of anything, and Apple better have something additional up their sleeves for their next device, or face the music.

The hardware better be good

If all the rumors are wrong and Apple just plans to slap the iPhone 4S design with an LTE radio to call it the iPhone 4G, they’re doomed. This wouldn’t be the first time this happens, as the design of the first-generation iPhone remained a constant for two additional models with the 3G and 3GS.

The iPhone’s design is no longer setting the bar. An example of that is that none of this year’s flagship smartphones look anything like it. Even if Apple is fighting an ugly patent trial with Samsung, that’s all due to their past Galaxy S products. The Galaxy S III is a very different animal that looks nothing like the iPhone, but is bold enough to make anyone owning an iPhone to want to switch, and yes it also includes me.

It’s only a matter of time before the speed of Jelly Bean reaches the quad-core hardware that’s already in the market. If it was good enough to make last year’s hardware seem better than anything running Ice Cream Sandwich, can you imagine how it’ll perform on the quad-core chips that power the beautiful design of the HTC One X or the Galaxy S III? Now imagine that same power on the fall line-up we’ll definitely see compete against the iPhone as well.

The iPhone 5 needs a change. Whether Apple adopts a 4-inch display or a thinner profile, the device needs to again, feel ahead of its time.

Maybe it’s time for Apple to snap out of their comfort by seeing others eat a bigger portion of their pie. As Bill Gates once said “Success is a menace; it pulls smart people into thinking that they can’t lose”. It’s sad to see that this now applies to the company he founded, but it’s also the case for Nokia, RIM, and the late Palm. Sadly, there’s no such thing as a vaccine to protect Apple from it too. To arrogantly believe that others can’t make great products just like Apple has for years is a mistake and 2012 has proven to be the year when others have shown just how great they can also be.

Whether Apple wakes-up to a reality that’s just begun this year or not is just a matter of time. All I know is that this market moves quickly, and Apple is about to face the monster they’ve created as customers quickly become less tolerant to last-year’s technology.

Here’s to the next product that feels five years ahead of its time, be it an Apple product or not. Be sure to share your thoughts on how Apple’s next iPhone should be in the comments down bellow.

The iOS 13.5 jailbreak doesn’t have any adverse impact on battery life, and neither does it prevent the usage of services such as Apple Pay.