Apple followed Moto in cutting the headphone jack from the iPhone. We’re sure more companies will follow. The impending horror of USB Type C audio adapters.

There’s been a lot of chatter regarding headphone jacks these days. Motorola was first to release a phone lacking a 3.5mm jack, and Apple followed closely behind with the iPhone 7 launch. Talking about the “courage” to buck trends and move the industry forward, we’re hearing a bit of feigned disdain towards modern day gadgets using analog cabling.

You’ll pardon if we all roll our eyes at another argument based on what year we’re living in, as if that would dictate the amount of “progress” we should have experienced by now, but I digress.

Whether we like it or not, we’re in for an experimental phase. Manufacturers are watching to see how consumers respond to the iPhone 7, and how this removal might drive additional accessory purchases when people shop a new phone. Will they opt for adapters? Will they buy new headphones? There’s huge potential here for a whole wave of flipping new headphone sales.

As phones take years to design and manufacture, we should expect a few more companies are already working on devices which resemble this experiment. To help manage consumers expectations, it’s also very likely that this first wave of jack-less phones will also come with some kind of adapter like Moto and Apple saw fit to include. These adapters are a nice consideration, especially for folks who have already invested in nice audio gear, but they introduce some potential pitfalls. 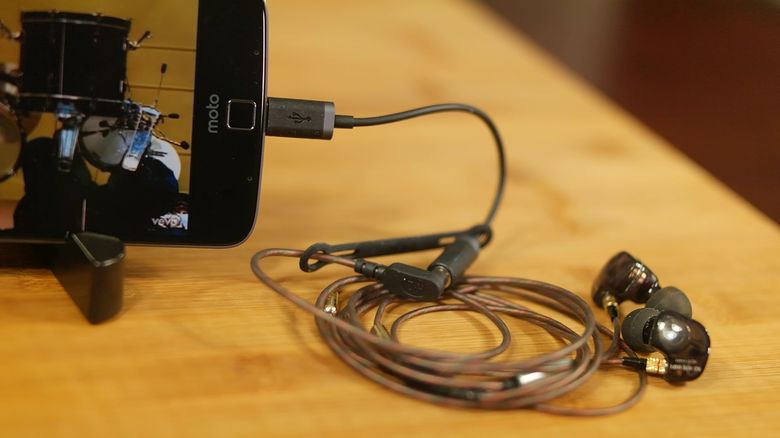 In playing with the Moto Z headphone adapter, it shouldn’t come as a surprise that it’s not compatible with other phones sporting USB-C charging ports. Since the Moto Z has no headphone connector, those audio wires are run through some of the extra pins in the USB-C connector. If a phone has a 3.5mm jack, then there’s no reason to run the audio out through the USB-C connector.

This is exactly how it should be, but the fear of moving forward on removing headphone jacks is we don’t know yet if there will be one exacting standard for USB audio output and the ability to charge while connecting headphones to the USB-C port. After almost two years of using USB-C on consumer electronics, we’re still sorting out how charging our gadgets should work without frying chargers and batteries. The only proposed design schematic we could find for charging and listening at the same time seems to deliver only a 500mA charge to the host device. That’s quite a bit slower than the full capability of what our phones can achieve while charging. 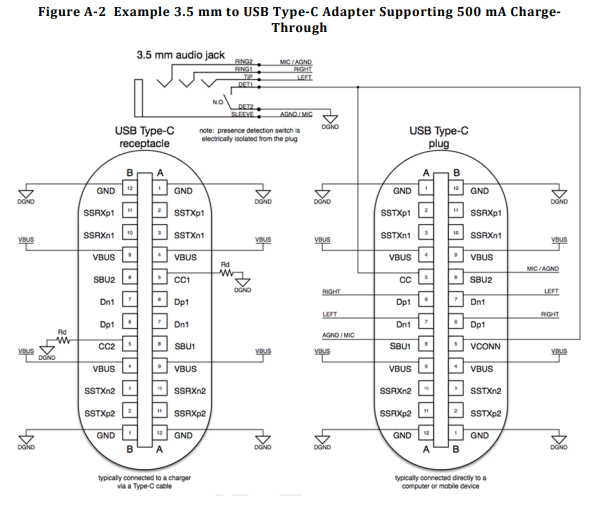 It’s a situation where manufacturers might be banking on lax consumer behavior. Adapters are finicky little things to keep track of. When a customer loses one, it’s an opportunity to sell either another adapter or an entirely new pair of headphones. Even though you have a frustrated customer, this is still probably a win-win situation for the manufacturer. 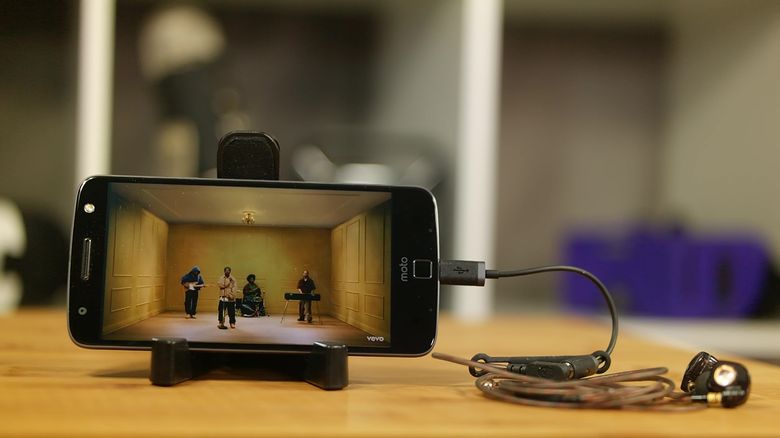 Returning to the mock outrage question at the top of this story, why has the headphone jack endured? Because it is a standard. A true blue, accessible-to-all standard. Apple, Windows, Android all devices could interact with the same form factor plug to get audio out of a gadget. Now, we’ll have different solutions for different platforms, and there’s potential that one platform might not be widely compatible with gadgets using a similar port. The growing pains for digital output will be divided by manufacturers, and it will be up to consumers to sort out the mess of dongles, cables, and plugs.

Most frustrating for Apple users, you wont be able to take your Lightning connector EarPods, and plug them into your single port USB-C MacBook.

Unless there’s some kind of adapter of course…