The Google Ultra Pixel hoax and some perspective on it

Japan-based computer-aided designer Riccardo Cambò is not currently employed. Instead of looking at Glassdoor or some other job-finding site where he would have to actively compete with an ocean of other designers, he decided to circumve the system and send a de facto resume to Google through a thorough punking of the tech media. 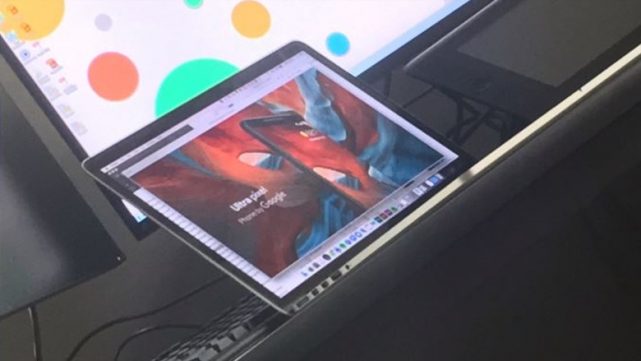 And so, he took painstaking measures to create convincing-enough “leaked” secondhand photos of renders for a Google phone that does not exist: the Ultra Pixel. Cambò took care in making things believable on a set of devices that we already knew so much about — the Pixel 2 and Pixel 2 XL, set to debut October 4.

He seeded the pictures through YouTuber Arun Maini — channel name Mrwhostheboss — and that lined everyone in the media up, including Pocketnow, to afford some coverage on it and even let themselves get convinced that there could be a mysterious yarn rushing out of the blue. We did so because we believed someone wanted to stick a pun in our faces.

And then he made a beautifully-edited video detailing how intensely he dragged the media by his leash to ask Google to hire him.

Our article and Pocketnow Daily video were featured in good company. The old adage about there being no such thing as bad publicity really rings true here, even if “fake” and “real” get brought into the discussion in this turbulent media environment. You can click through to the comments section of his video and see the ups and downs yourself.

Cambò also was responsible for some faked design leaks for the PlayStation 4 Slim. Pictures featured the dreamy device and randomly placed letters that, when put together properly, spelled “HIRE ME.” Sony did not approach Cambò for a position.

There are a few takeaways that we should bring up when dealing with leaks in general.

Another question for us in the media is to ask whether we should not cover leaks in which we don’t have particular confidence in. We should note that we only decided to post a piece on the rumors after veteran leaks reporter Evan Blass tweeted from his source that the Ultra Pixel doesn’t exist.

Should the media give attention to those hungry to seek it? Well, we think that attention-seeking rarely ever should count into what we cover — that the subject matter should engage readers in thinking about the possibilities of new solutions and methods and warn tech users of risks and rewards in their decisions.