There were a couple of things that made me excited to check out the Casio Smart Outdoor watch WSD-F10. Casio’s first Android Wear smartwatch is an absolute tank of a smartwatch that laughs in the face of just about anything that would put a normal Android Wear smartwatch to shame. This beast of a watch screams durability and toughness, and I’m an outdoorsy kind of guy, so I definitely wanted to give this a look.

I haven’t had the occasion to use Android wear in several months. Ever since my Moto 360 died a sad death at the hands of a game of tag on a tile floor, my Pebble Time has been my smartwatch of choice. So I was really excited to get back into Android Wear in general. But as I mentioned earlier, I’m an outdoorsy kind of guy – geocacher and cyclist, and the Casio Smart Outdoor Watch seemed like a good fit to someone with a moderately active lifestyle such as mine. I have worn the watch for under a week so far and I thought I’d share some thoughts. 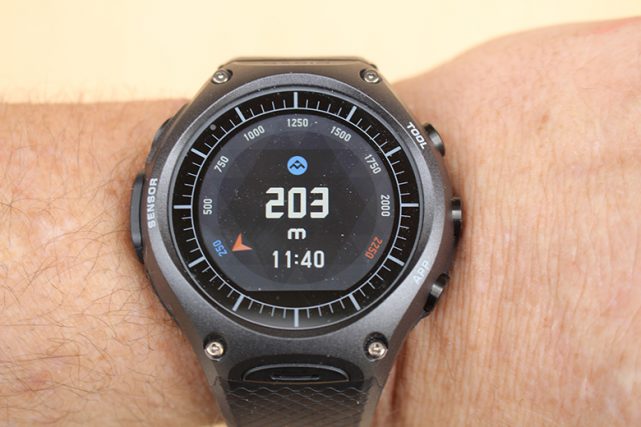 First of all, this is a monster of a watch. The Casio Smart Outdoor Watch dwarfs my Pebble Time and even my first generation Moto 360. This thing is built like a tank – an unapologetic tank. My review unit was a black model, but the orange unit stands out even more if you can imagine that. The orange model isn’t going to go over well in the boardroom or at parties, but the black model might just pass – at least for someone like me who doesn’t know anything about taste or style. Your mileage may vary.

That being said, there is one main design choice that I didn’t particularly like. The charging connection on the watch is a small brass circle on the side of an otherwise black watch. To say it stands out is severely understating the issue. Add to that, that the magnetic charging cable doesn’t stick particularly well, and overall, this is just a bad choice on many levels. If the connection was solid, or if the charging port had a cover, I might be able to overlook this, but as it stands, it’s not attractive. 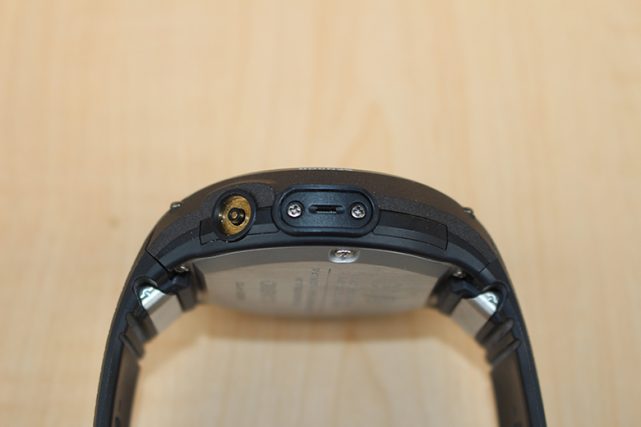 But, as I mentioned, this thing is built for the outdoors and looks the part. It meets Mil-Spec standards – waterproof, shockproof, practically bulletproof, etc. It has a bevy of built in sensors including an altimeter, barometer, and compass but it’s lacking a heart rate monitor and GPS. So it’s designed to protect you from the elements, not to tell you to stand up every four hours. Casio has also included a number of smart watch faces and hardware buttons that access these various tools and sensors as needed, which is pretty cool.

Another really neat thing that Casio did was to incorporate dual displays into this watch. One is the normal 320×300 pixel LCD display that you’re used to. But there is a second monochromatic display that kicks in, similar to Android Wear’s Ambient mode, that keeps the time on the screen but virtually sips power. Casio claims the watch can function for up to a month in this mode and based on early tests, I’m inclined to beleive. But, the caveat is that all the sensors and all the Android Wear functionality shuts down in this mode. No compass, no notifications. Just the timepiece.

Personally, I’d love to see a mix in there with a monochrome display, plus notification that vibrate, but maybe not display without user interaction. But maybe that’s defeating the purpose here. Obviously, this is intended to keep an outdoor traveler traveling without worrying about plugging in to the nearest outlet. But still, it’s a let-down that average users are getting less in this category. 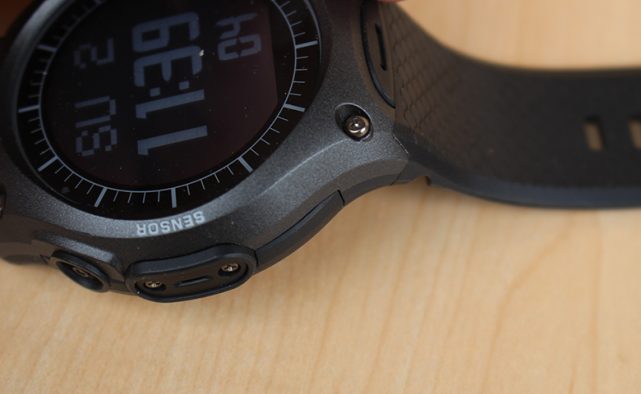 But that’s the theme for this watch. This isn’t a watch for the everyday Android Wear fan. It’s not even a smartwatch for exercise enthusiasts. This is a watch built for the person who lives outdoors, whose idea of a great weekend in rock climbing in Utah, or skiing in Denver, or hiking across several states on the Appalachian Trail. It’s a pretty specific niche, and Casio is shooting for it with a pretty strong offering in that category. But is it too small a niche for a viable product? I’m not sure yet, but the $500 price tag is also not for the faint of heart.

I’m hoping to give this watch a pretty deep dive in the coming days and weeks, and we’ll see just who this watch is for. In the meantime, my bike is calling my name!

Here’s when you’l be able to purchase the two premium Samsung devices.

The Pixel 4a (5G), priced at $499, is also coming to the US and a few other markets in the fall season alongside the Pixel 5.